Does calling Wednesday “Hump Day” annoy you? It usually doesn’t annoy me but for some reason I cringed when I typed it out. Maybe it’s the fact that my pseudo-diet is putting me in a shitty mood cause I want to eat junk. So how is my diet going, you ask?

Yep, just like that. Now that I’m feeling a little better, I’m going to start incorporating going to the gym after work. I think that’s going to help me in a lot of different ways especially to relieve stress and just put me in a better frame of mind. Let’s hope that all happens and that I don’t end up sad and eating a pint of Ben & Jerry’s Chunky Monkey.

The other day I was talking with some friends about this bare nail design that Chalkboard Nails did with some Nicole by OPI Gumdrops so I totally wanted to do something in that same vein. This is what I came up with: 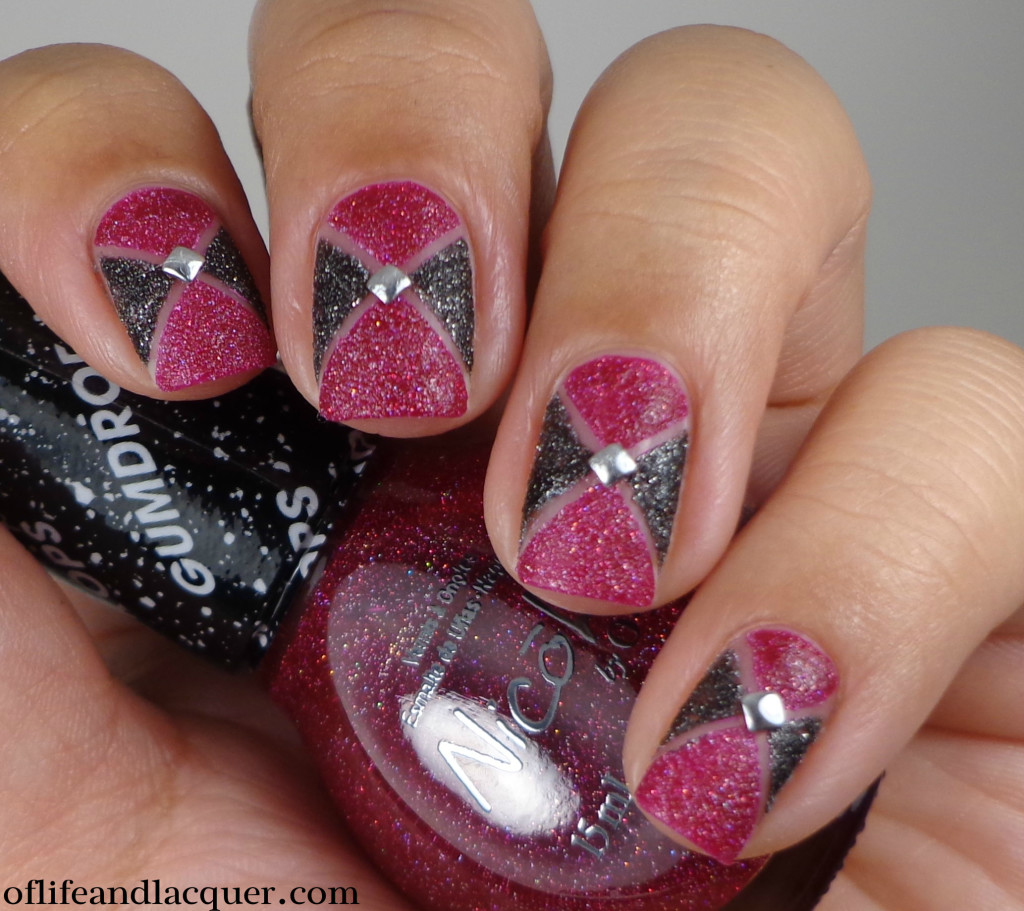 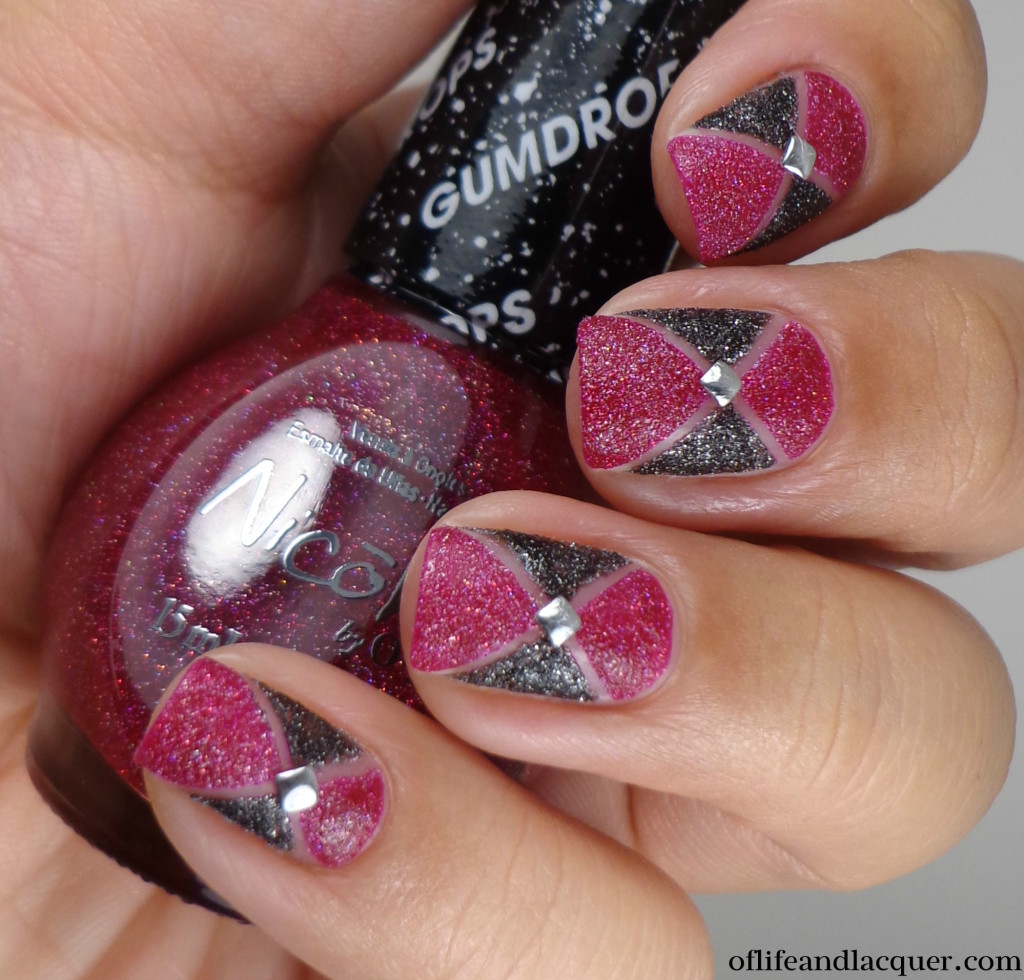 For this design, I used Nicole by Opi My Cherry Amour and A-nice Treat and some stripping tape. All I did was to apply the tape in a criss-cross pattern and then carefully filled in the areas with the two polishes. Lastly I applied a silver stud in the middle because I felt that really finished off the look. I really like how this turned out! I’m getting more excited about doing more than just swatching so I hope that you guys like this.

So what are you up to today? I have work tomorrow so I’m getting ready for that…after being off/sick for the last 5 days, it’s going to be rough! My little nephew is coming over tonight so I’m excited to see him. On Monday he had his 2 month check up and he also got some vaccines. Here’s a recent picture of him: 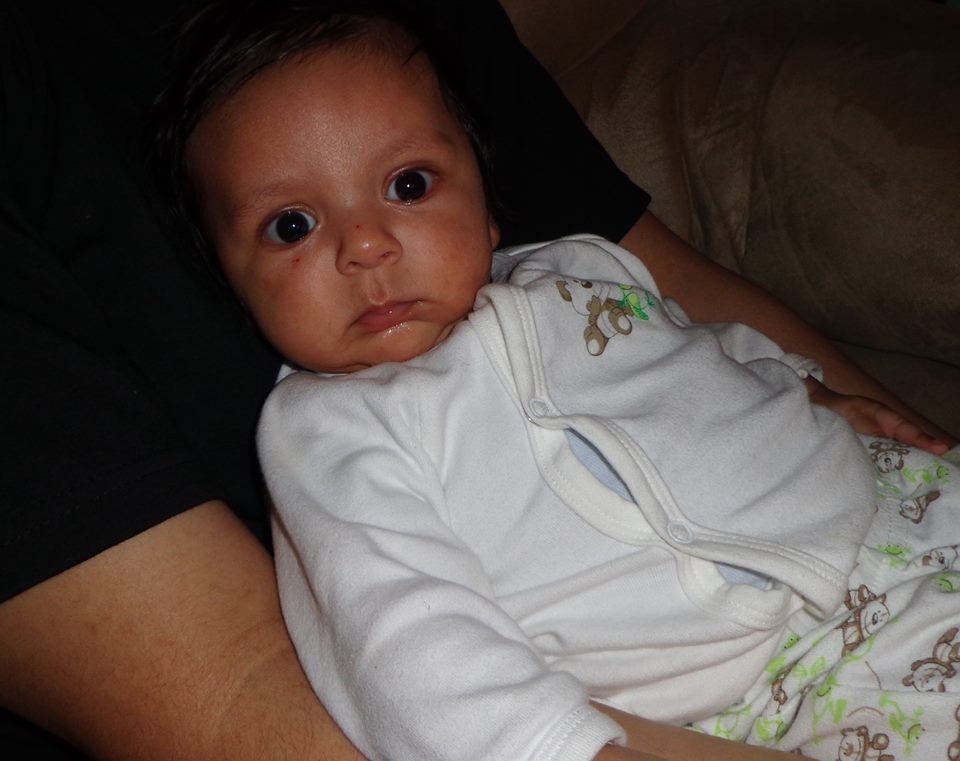 He’s being very scratchy lately so you can see the little nicks on his nose and cheek. Isn’t he freaking adorable?? Anyway, I hope you’re doing well today, and I’ll catch up with you later.