So, I had planned on waking up early so I could get some laundry done but I ended up NOT doing that and just being a lazy bum all morning while I watched a bunch of episodes of Doctor Who. I may be super new to the Doctor Who fan club but man this show is addictive. I’ve been humming that doooo weeeeeeeeee oooooooooo sound from the intro all morning.

I am totally feeling some Doctor Who nails coming on. Now that you think I’m a total weirdo, let’s talk polish again. Today I have two polishes from the Ruby Wing Summer Festival Paint Collection from 2013. This is not my first experience with solar color changing polish as some of you may remember my BBM (Blue Balls Manicure) which you can see here. I am glad to report that the formula for these Ruby Wing polishes is pretty great. I applied 1 thin coat and a second thicker coat for full coverage for both of these polishes. I am sorry for the really horrid pictures of the polishes out in the sun: I don’t know why my camera decided to take 5 dumps on me any time I tried to take pictures in direct sunlight. The polish top coat looks kind of streaky even though it wasn’t at all. Ugh…so frustrating! Believe it or not, those were the best pictures I ended up with so I just had to suck it up and use them. 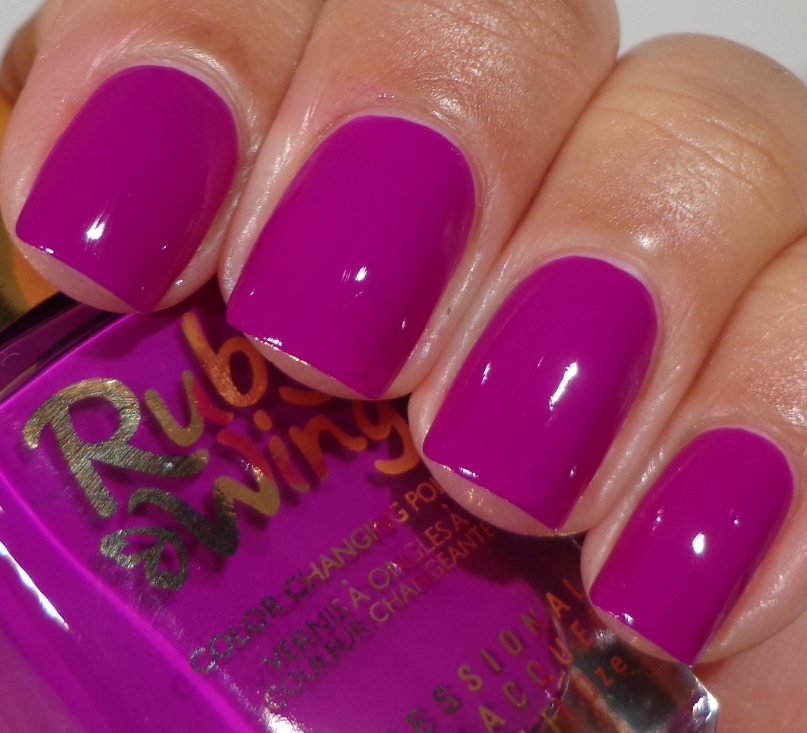 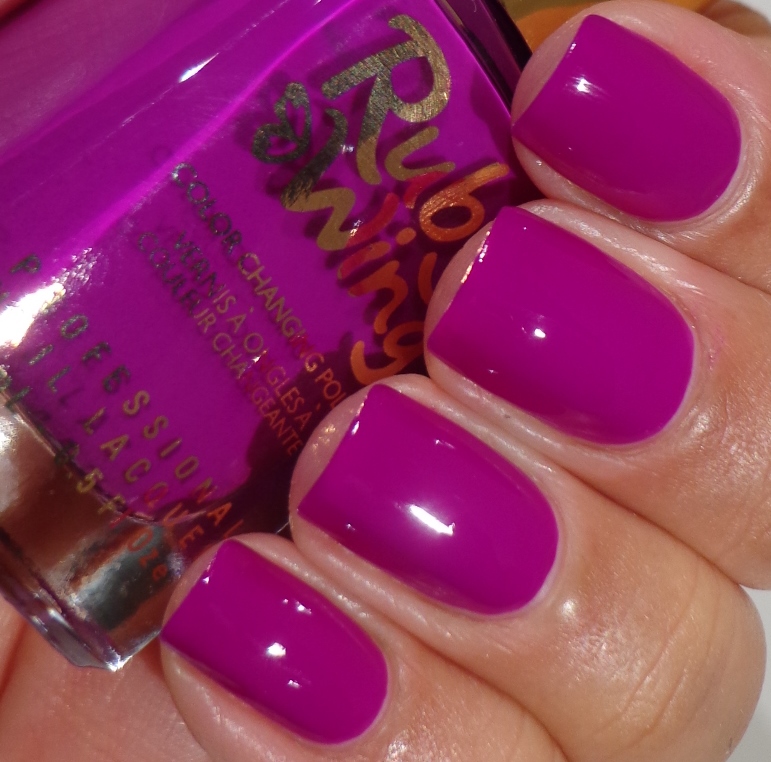 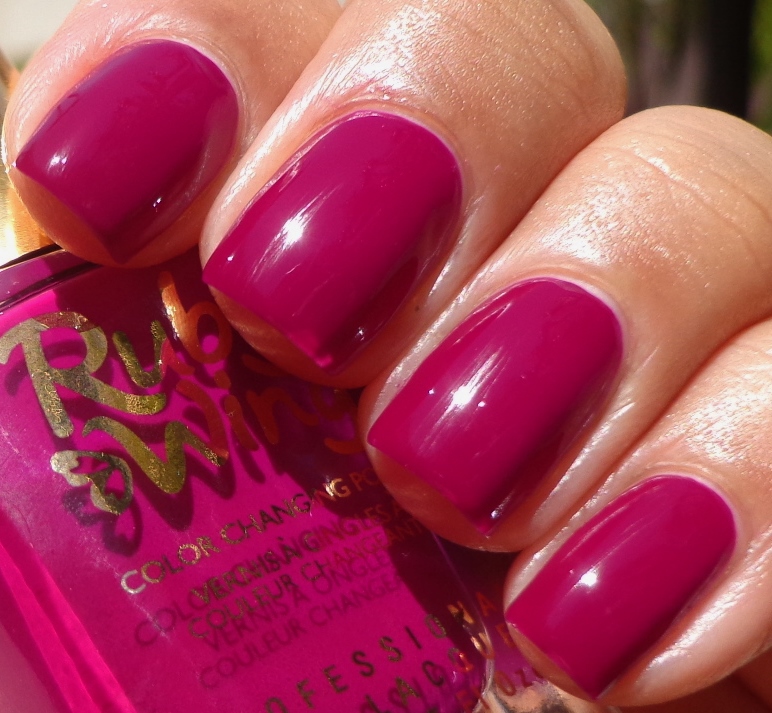 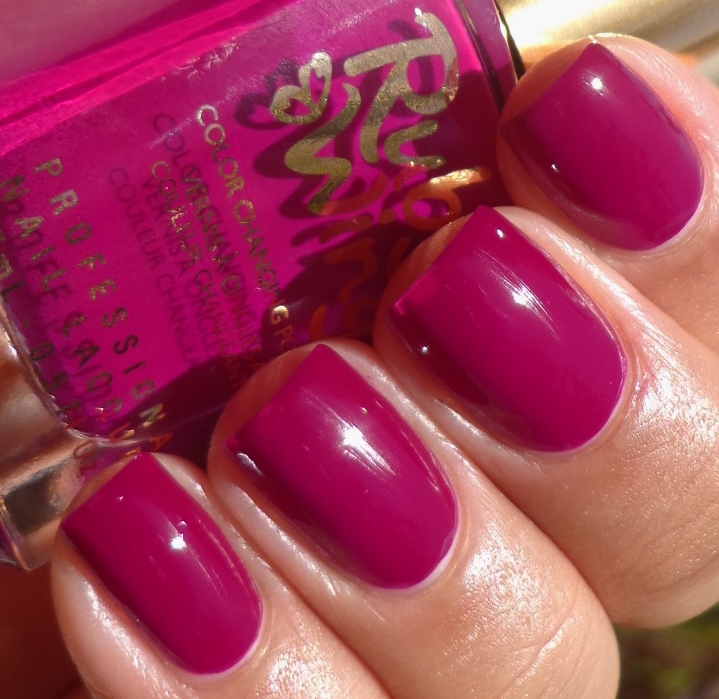 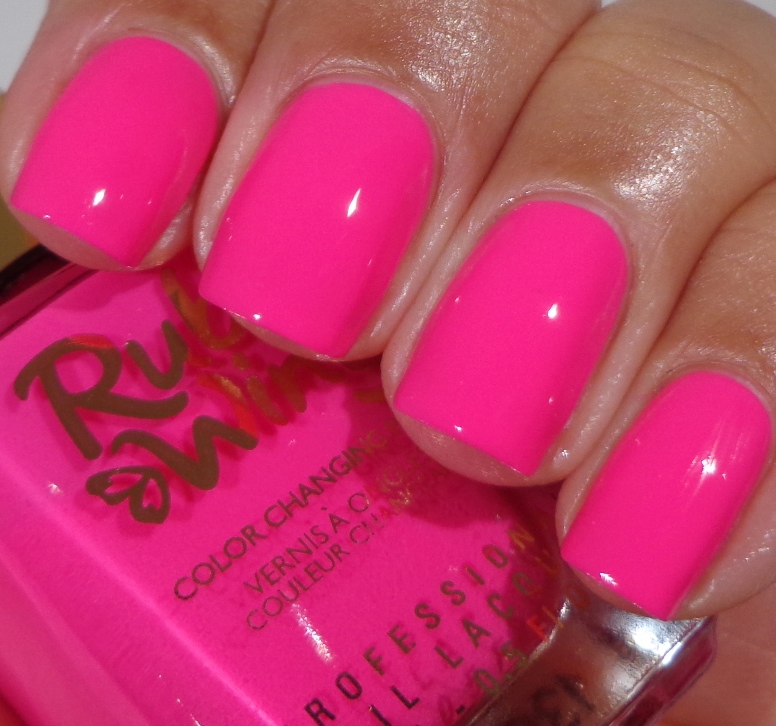 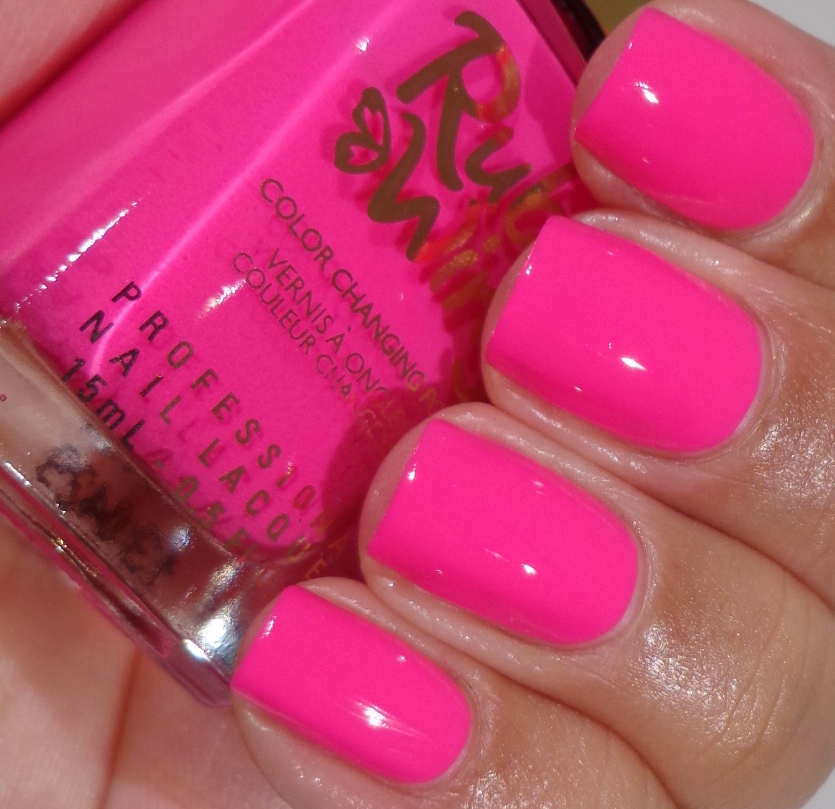 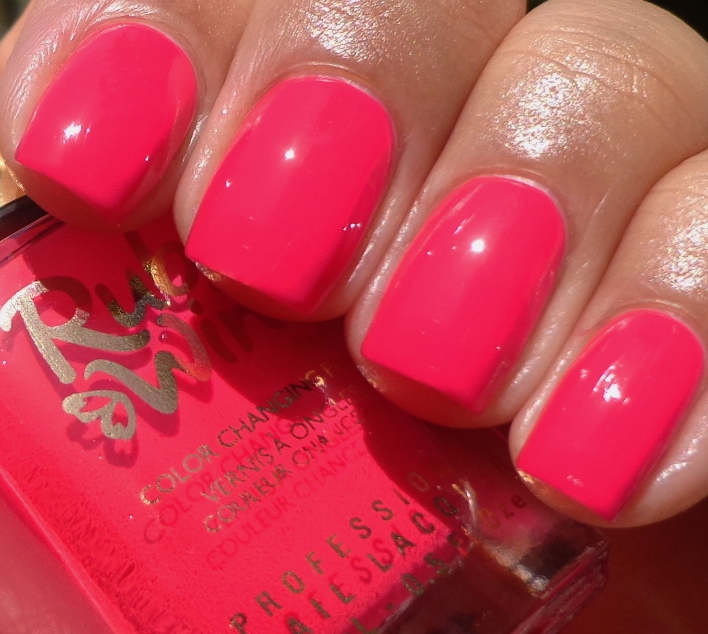 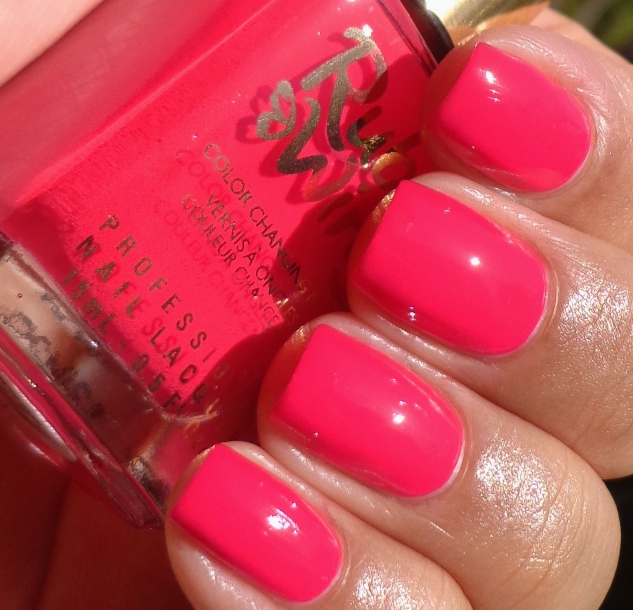 Overall, I think these are super fun colors and I think they are worth picking up if you like the whole idea of color changing polishes. As I mentioned before, the formula on these polishes is pretty great as well. There are a total of 6 polishes in the Summer Festival Collection, and I think I am going to have to pick up Eternal because it is the most amazing turquoise changing to grey polish!!! I’m in love with it! My greasy looking hands are really bugging me in these pictures today!! I need to find a better way to moisturize before taking swatch pictures that don’t make me look like I dipped my hands in a tub of lard. I guess I’d rather have over-moisturized hands than crusty, ragged or flaking cuticles. Amirite? No one needs to see that!

For news on Ruby Wing and to keep up with all their new releases, you can follow them here:

Thank so much for stopping by today, and I hope you’ve been having a great day!