Who would have thought that orange would become my mortal enemy in the span of one day? I remember how excited I was when Tangerine Tango was the Pantone Color of the Year, and I reveled in wearing every single orange polish that Summer and was in love with all of them. Today–not so much. For our very first “official” post, Nicole chose the color Orange and little did I know that this would become the day I officially swore off orange…at least until the next awesome orange polish comes around because we all know what that is like. Before I tell you all about my fails and flails, let me show you the mani I ended up choosing at the least hideous of the bunch. 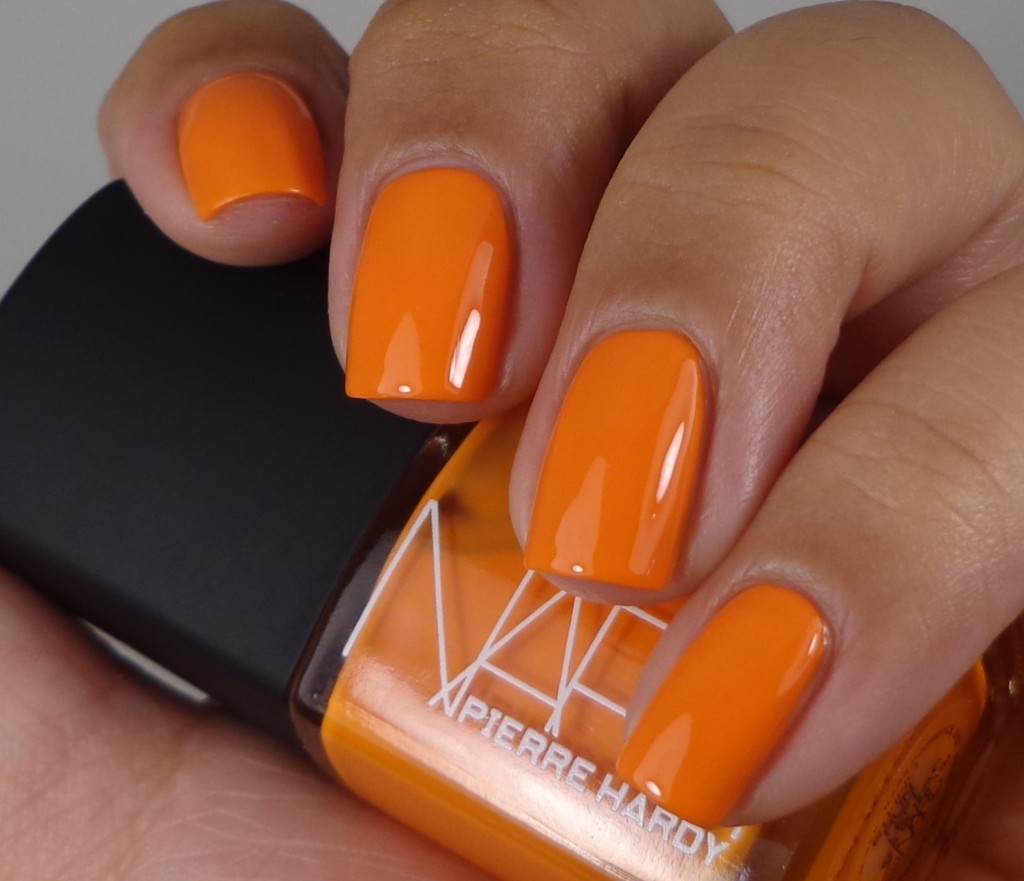 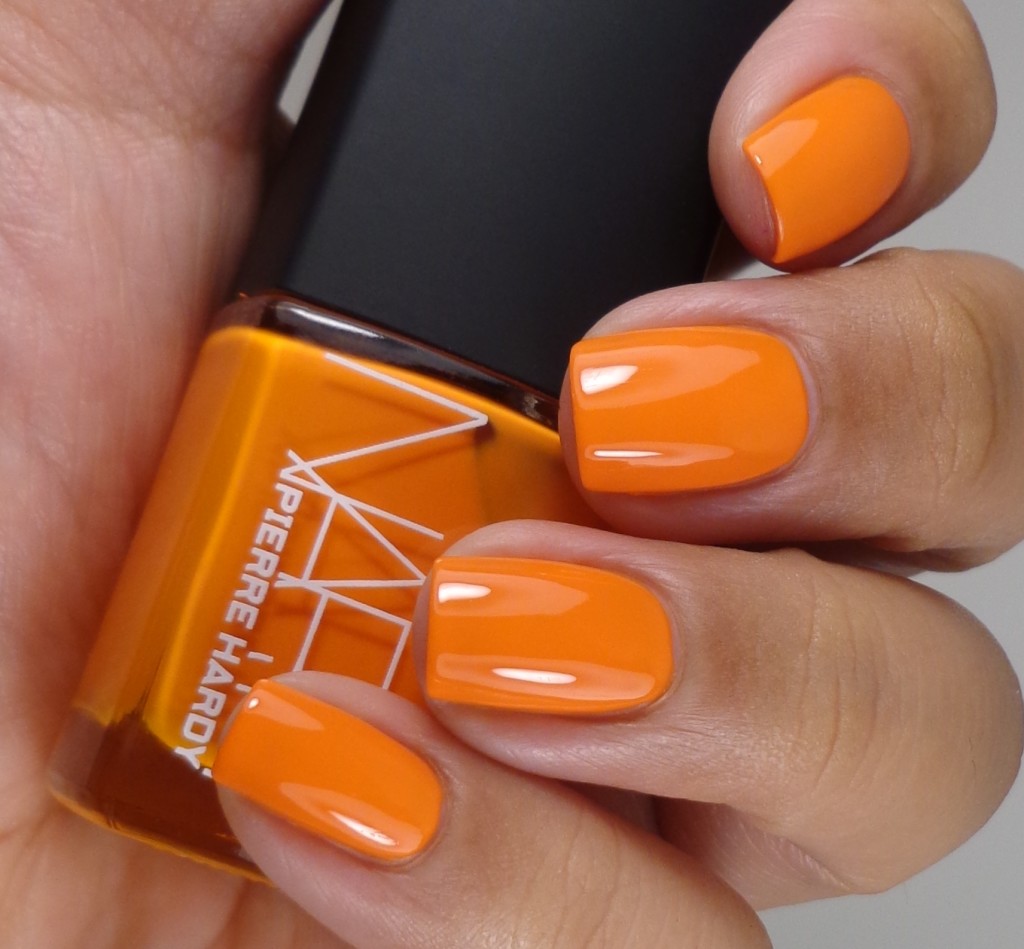 This is NARS Ethno Run Left–a yellow orange that is super bright and squishy looking. I quite like this color, but it’s a beotch to photograph. 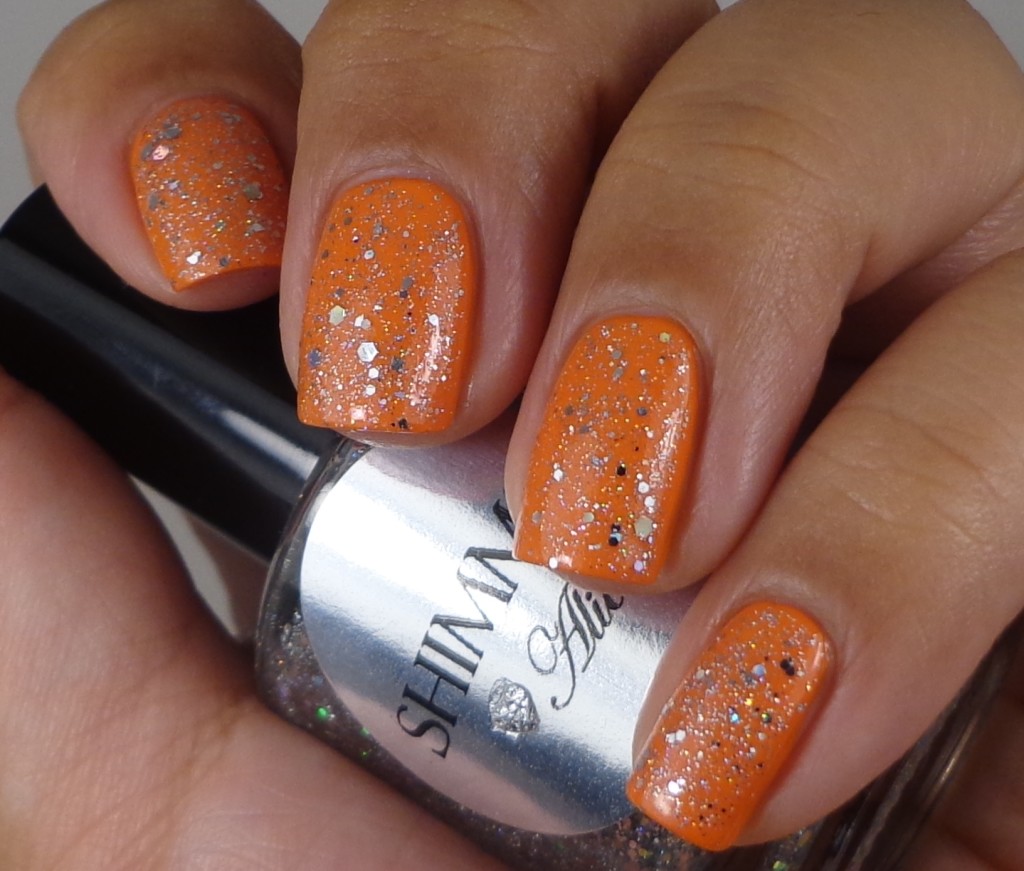 I then had to sparkle it up so I applied one coat of Shimmer Polish Alice to really make the polish shine. I love this glitter so much! 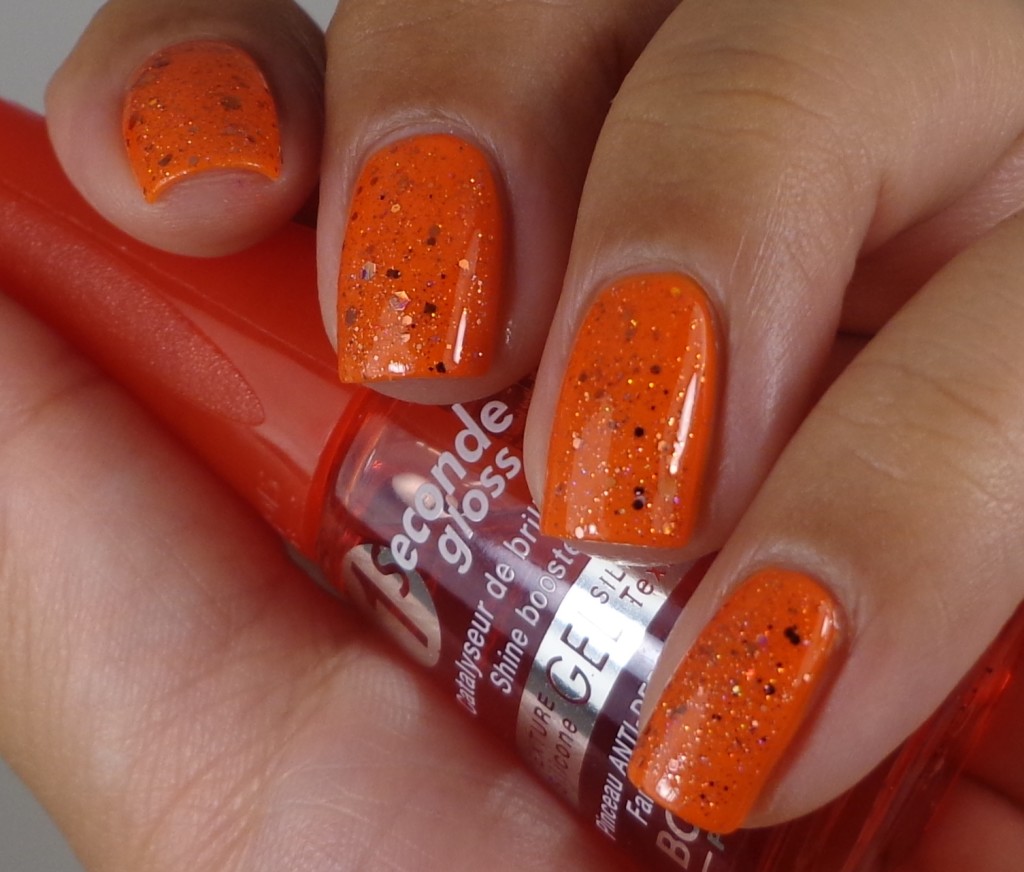 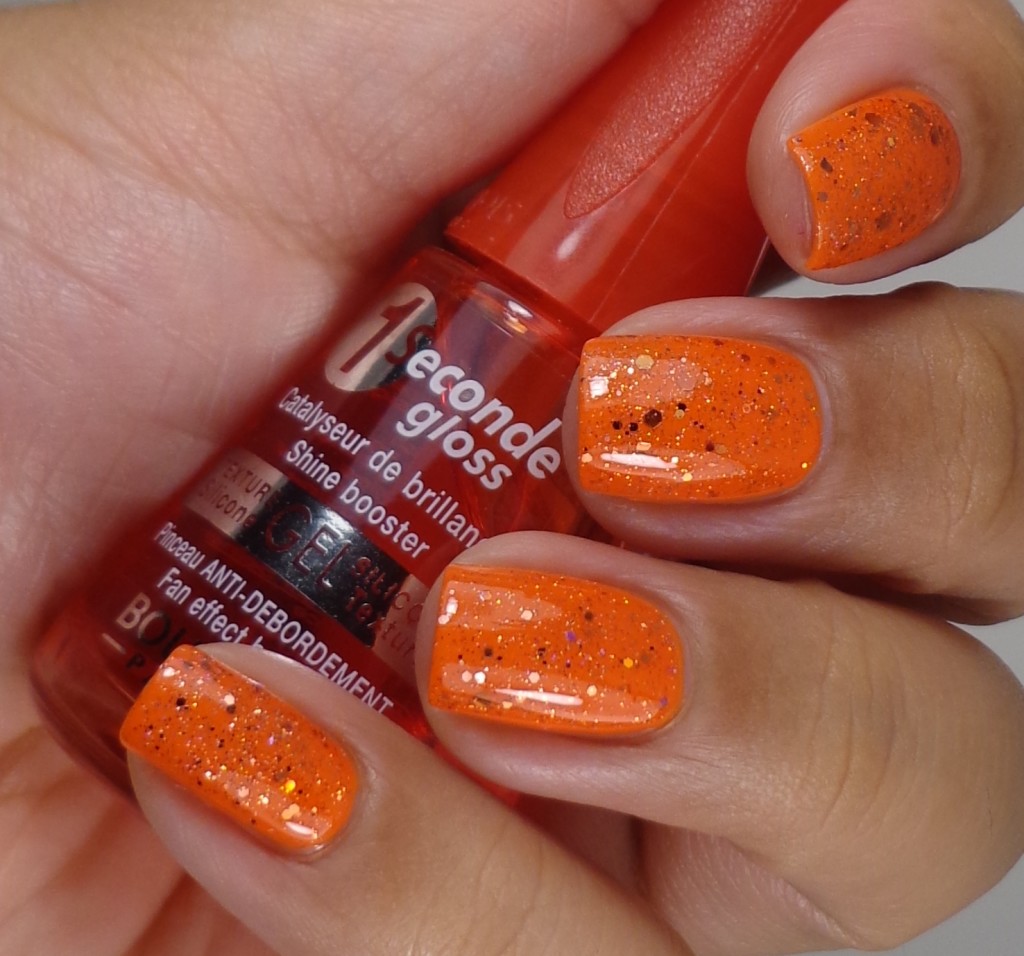 And because I can never leave well enough alone, I used Bourjois Grenadine Tonic to make a jelly sandwich. The bright red orange tint of this polish intensified the orange base color so I kind of liked the end result. It’s super bright, and I can tell you that it looks fantastic out in sunlight.

Now for the ones that didn’t quite make it…the first two are swatches so it’s not like there is anything wrong with them, it’s what happened to them after they were swatched that became the problem. 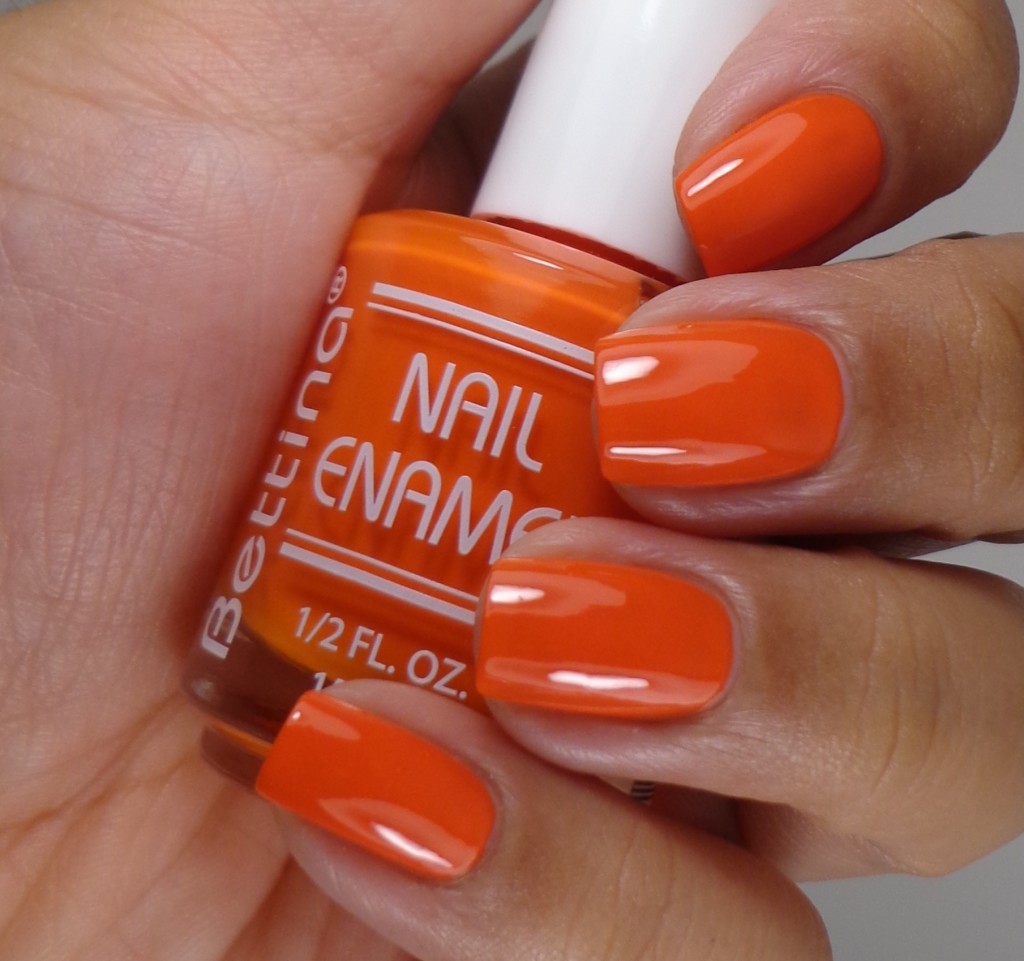 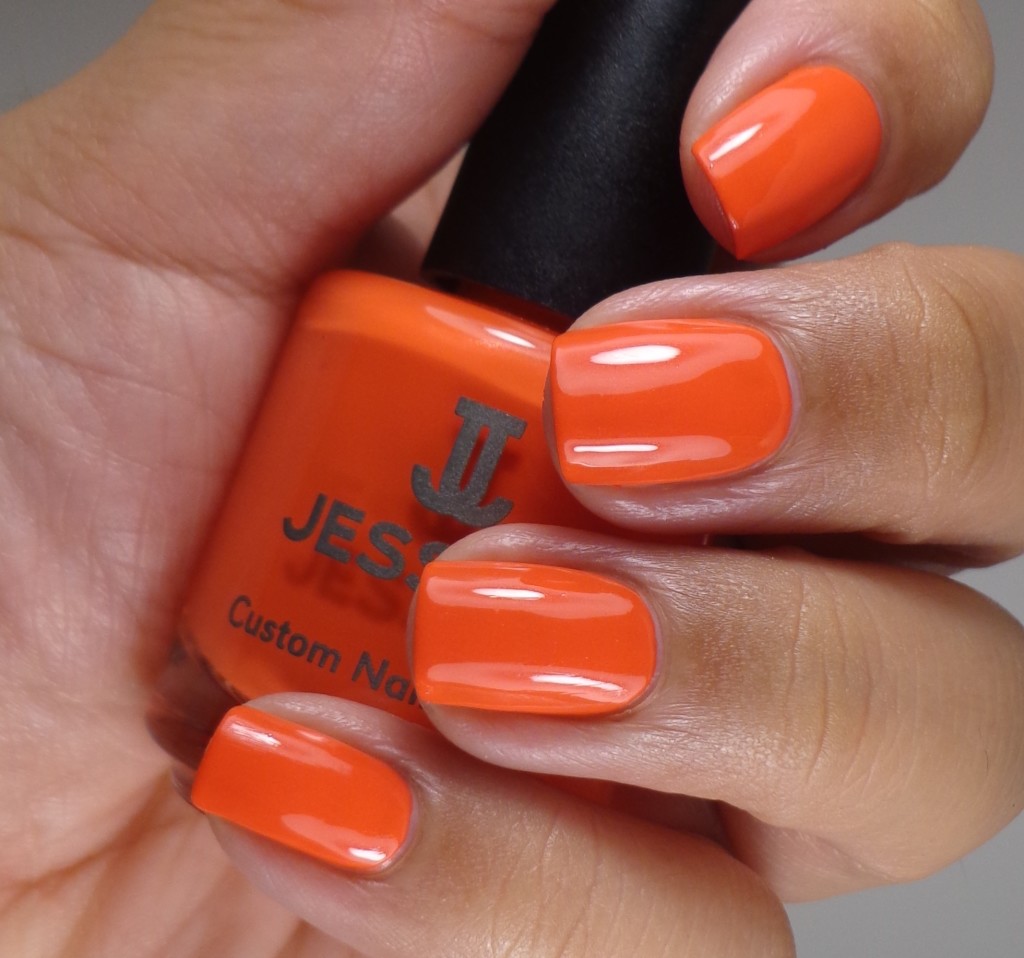 As I said, the previous two polishes were nice enough, but this is where things started going downhill…very quickly. 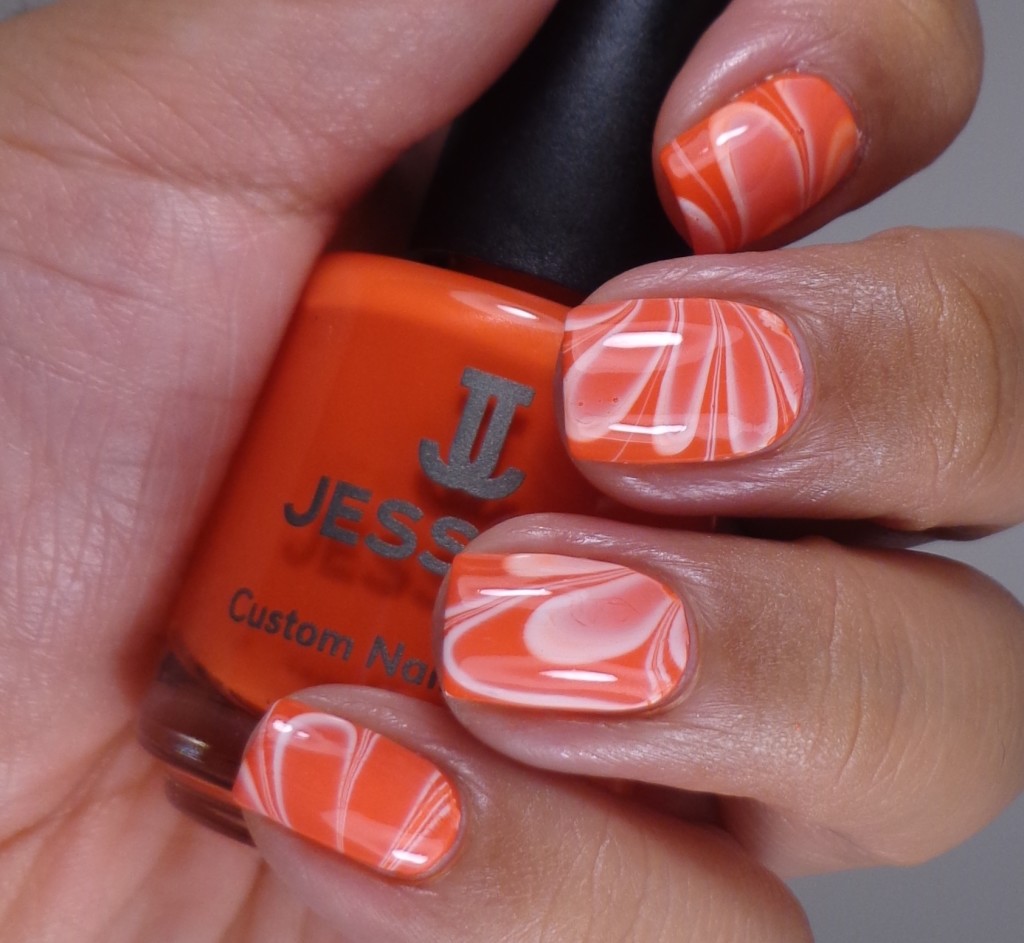 Fail #1 was this sloppy and gross water marble. Seriously. It’s disgusting and you can’t even imagine how long it took me do create this monstrosity. I hate it so hard. 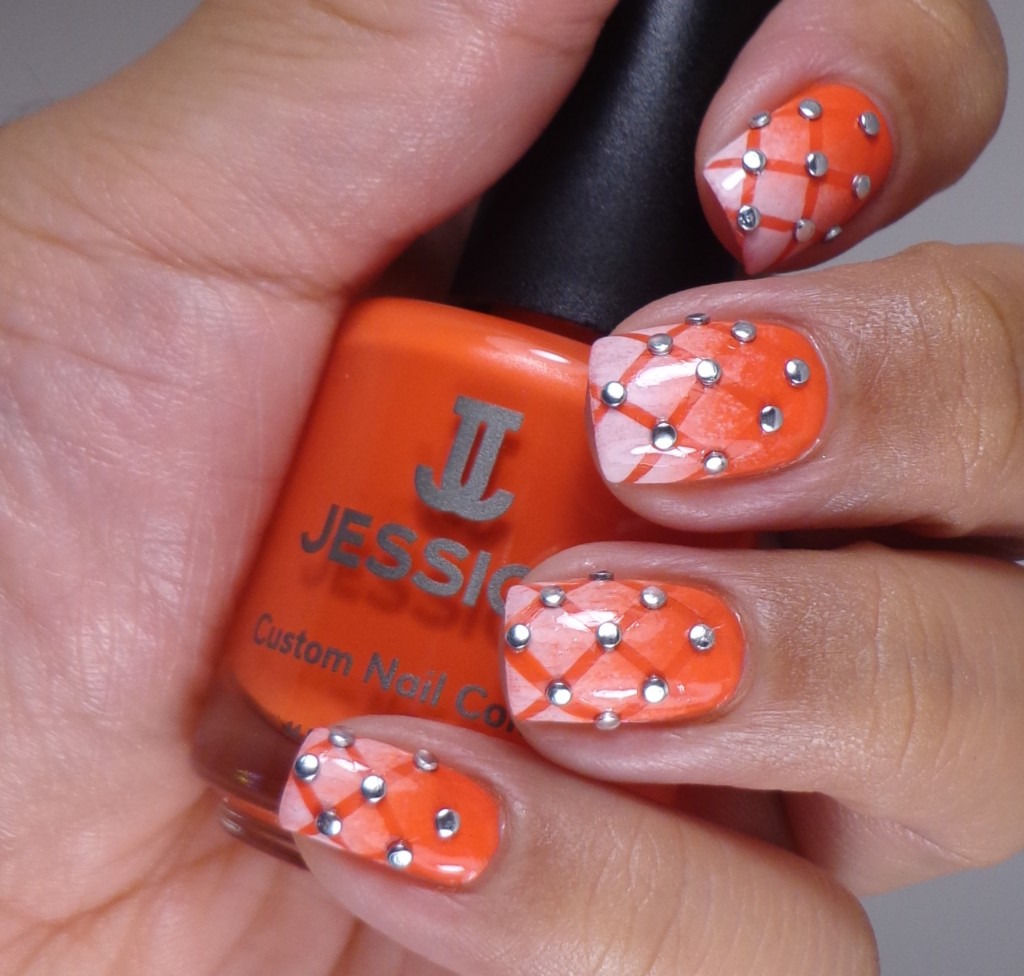 Fail #2 was even more difficult to deal with because it took even longer to create than the sloppy water marble. I don’t know what I was thinking, but this looks disgusting too. My nail mojo was off today. Big time. After those two fugly bombs, I was ready to give up…

Puck knows how I was feeling for sure. I am just glad that I was able to put something together that didn’t make me want to stab my eyes out with a glass nail file. The next challenge will be cherry blossoms which I know is going to destroy me since I suck at freehand designs. I kind of hate Nicole right now…lol (I kid! I kid!) Make sure that you check out the other orange inspired looks from the other ladies. Thanks so much for stopping by today and checking in with The Lacquer Ring! I’ll talk to you soon.

37 thoughts on “The Lacquer Ring – Orange”