All products featured in this post were purchased by me.

I have an announcement… 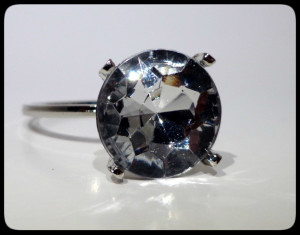 This is a party favor from one of my best friend’s sister’s bachelorette party. Isn’t it cute? It was actually a napkin ring holder and she saved me one even though I wasn’t able to make it. Anyway, my announcement is that I broke a nail. What did you think it was?

Since my nails are actually getting disgustingly long (at least for me), I knew it was a matter of time before I broke one or all. 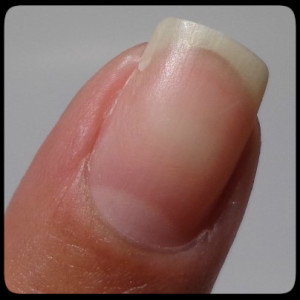 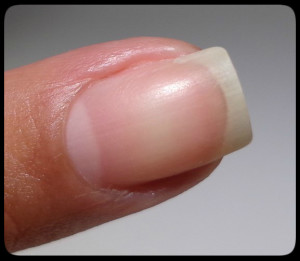 You can kind of see the break at the corner. That’s usually the way my nails start breaking and then it’s just a matter of time before something get’s caught on it and I rip the free edge right off which involved lots of blood and a lot of cursing. So I decided to finally purchase an Orly Nail Rescue Kit. 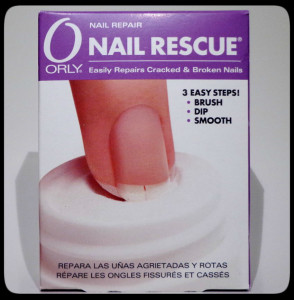 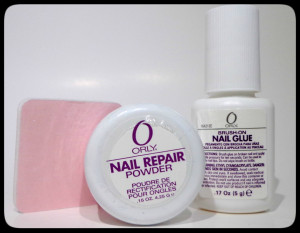 You basically just brush on some nail glue and quickly dip your finger into the nail repair powder before the glue starts to dry. 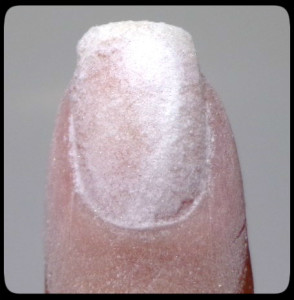 I allowed the powder to set for a few minutes. You don’t have to cover your whole nail with glue and powder, but I decided to just in case. Once it’s dry, you want to dust off the excess powder and then you lightly buff it smooth. 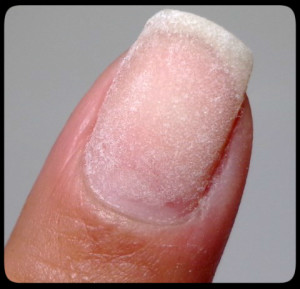 This is what my nail looks like at the end. Even though it looks a little grainy, it actually feels very smooth. I am not sure how well this is going to hold up, but I want to file down my nails to a more acceptable length because they are driving me nuts at this point. I am just a hop, skip and a jump away from what Nicole and I call “melted spoon” nails. I’m sure you’ve seen those monstrosities where people let their nails grow so long that they start to get warped and all deformed and disgusting. Anyway, I fear that as much as I fear birds. I’ll be sure to let you know how it works out. I really hope it holds up because I really don’t want to nub my nails again.

I wanted to just say that I’m sorry I haven’t been as active on here or on twitter/facebook lately. I feel bad that I haven’t responded to comments (even though I have read every single one!). I’ve been having a hard time lately, and I’ve just been laying low because I don’t want to be a complete downer. Thanks so much for continuing to visit–it means a lot to me.

All products featured in this post were purchased by me.