Last night we had a 5.1 earthquake in SoCal which is a little scary but exhilarating at the same time. Don’t get me wrong: I don’t like destruction or the idea of people getting hurt, but it’s a scary and exciting feeling to know just what the Earth is capable of. The earthquake wasn’t strong enough to cause any major destruction besides some shattered nerves and some broken items that fell off shelves. Ever since then, we have been having a lot of aftershocks so I know that people are on edge about the whole thing. For as long as I can remember, I have been hearing about “the big one” that supposed to happen here in SoCal so I definitely hope that doesn’t really happen any time soon. So while the whole earthquake thing happened, I was working on my Stamping Saturdays mani, and I was struggling with a few ideas. The only thing that was easy to figure out was what polish I wanted to use as my base. 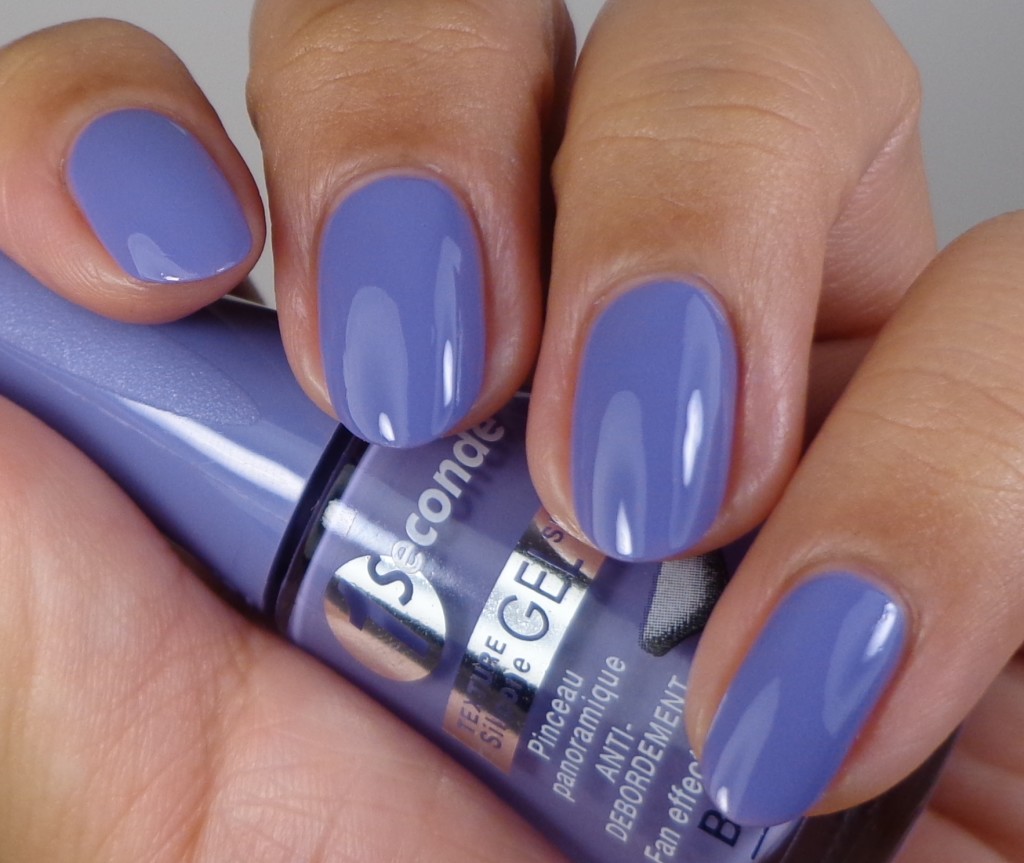 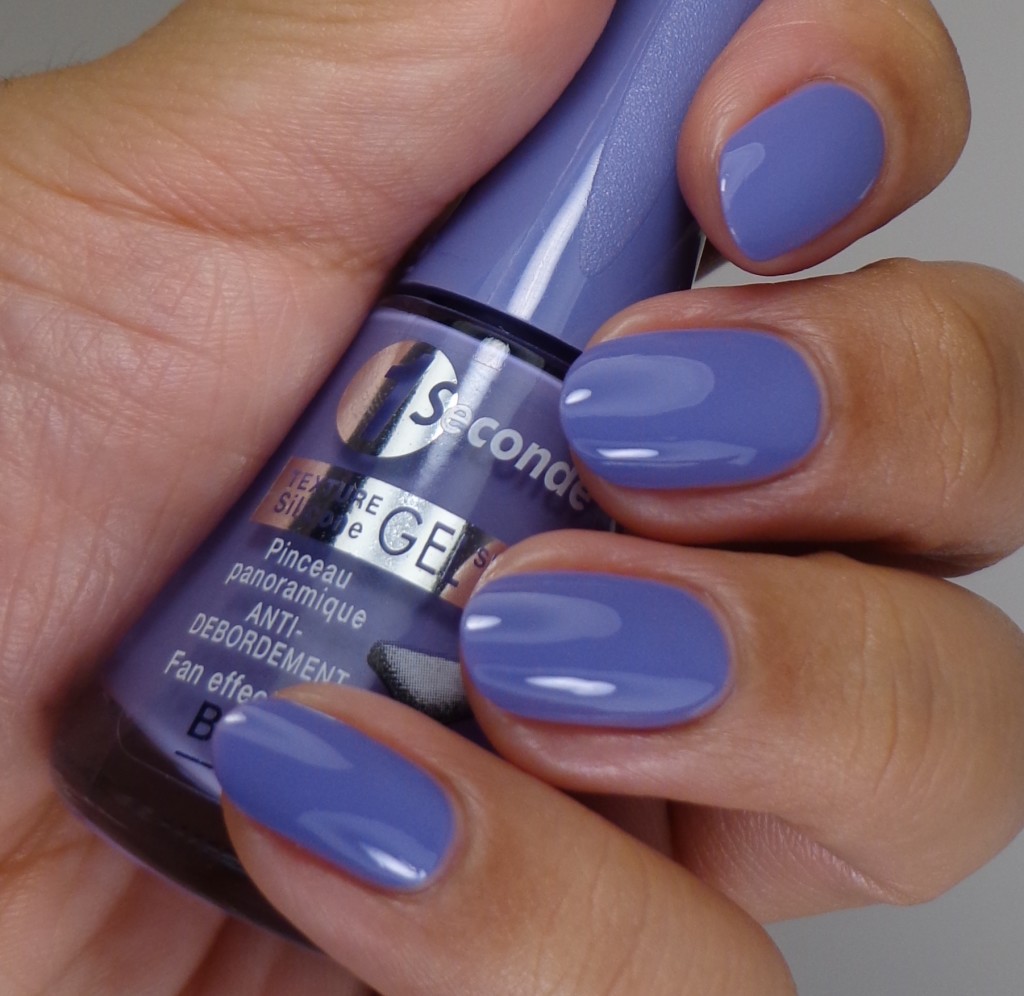 Bourjois Lavande Esquisse is such a gorgeous color, and it makes me sad that I can’t get this brand here in the states. Pooh! 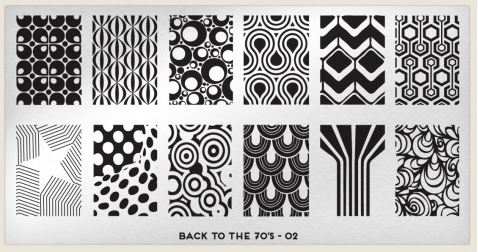 For my stamping design, I decided to use one of my MoYou London plates (press sample). One thing to note is that this plate is labeled 02 on the website, but the actual physical plate is labeled 03. Kinda weird! 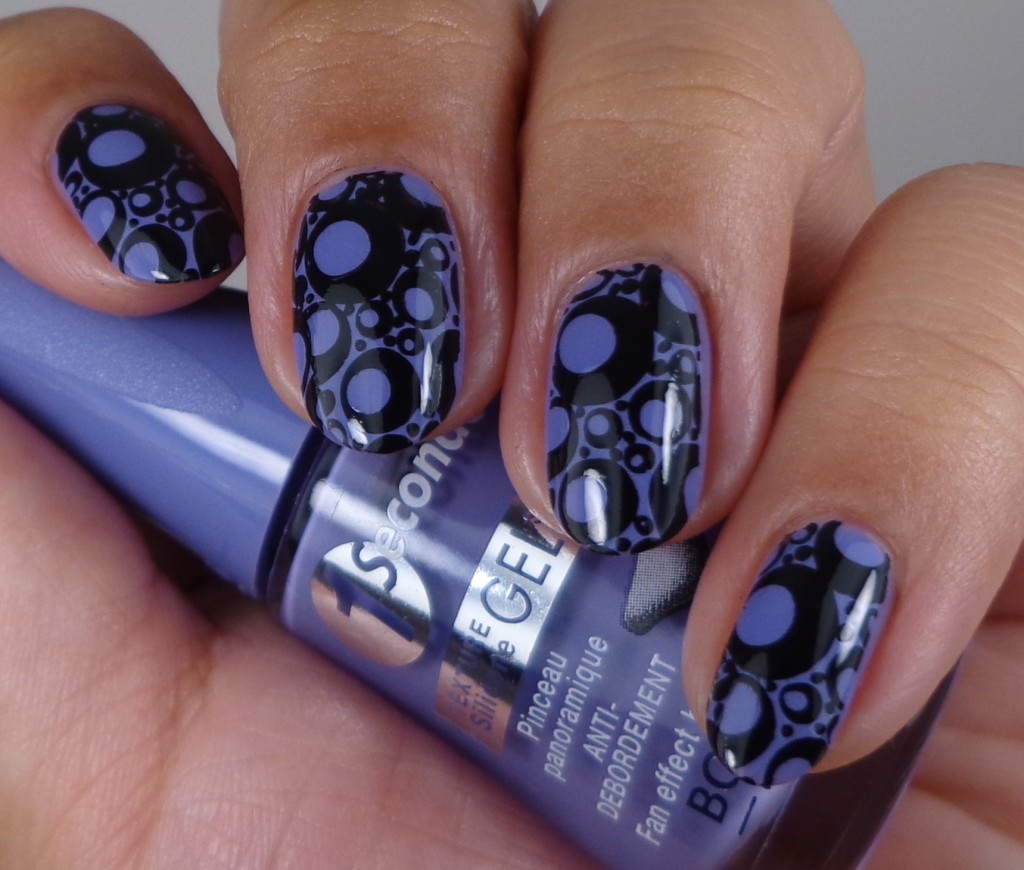 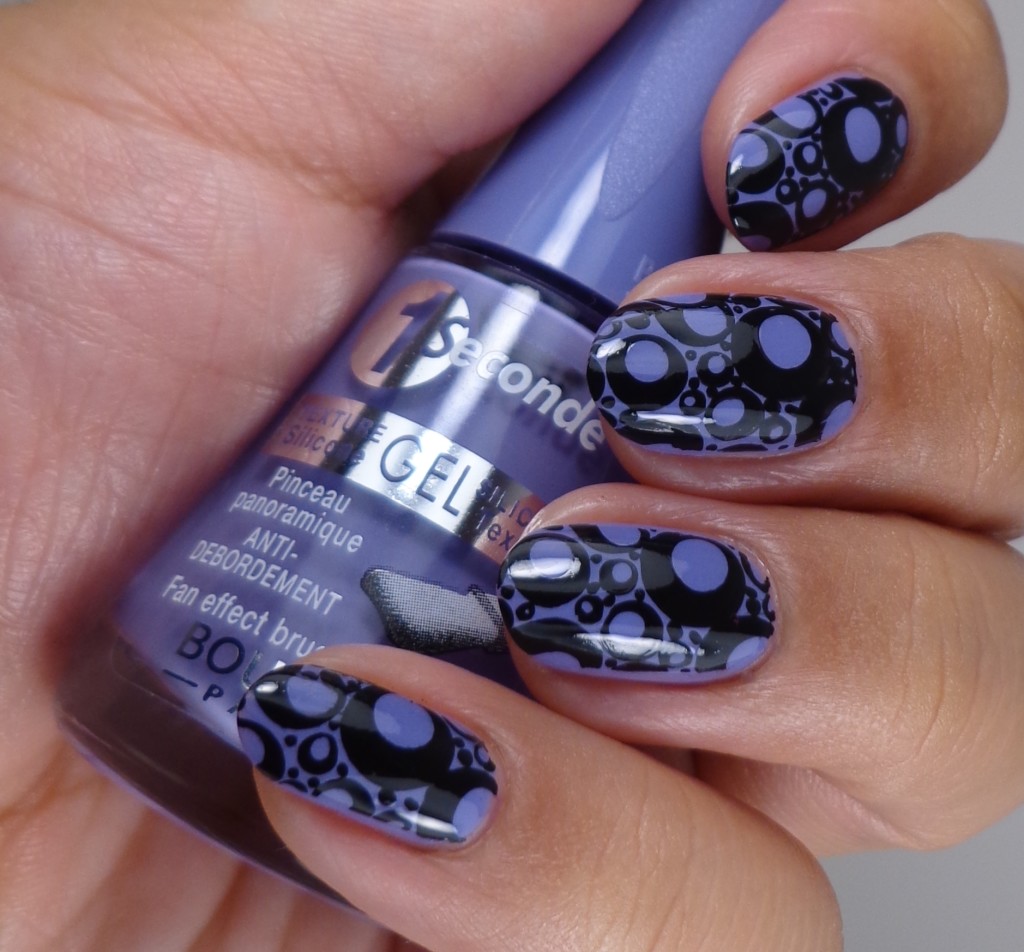 I like this image because it has a Mod feel to it, but I’m not that happy with the color combination. Now that I look at the design, I think a white base with that black stamp would have looked perfect. I don’t hate it, but I’m also not in love with it.

Today I don’t have much going on. I totally overslept and didn’t get up until like 9:30 and now I’m watching bad reality TV. I am going to get ready in a few minutes to go polish shopping (I know!), but I think my nail place may have some new stuff. Don’t forget to check out the other awesome Stamping Saturdays manis below. Thanks so much for stopping by today, and I will talk to you soon.

Good morning my dear polish lovers. I have some bad news: my hands and nails are a wreck so I don’t know when I will be able to post nail polish again. I cut my nails all the way down a few days ago and today I started fiddling with my cuticles while I was watching a movie and all of a sudden I had blood on my fingers. I know…I know. This was a terrible habit that I had when I was a kid and I used to do it out of boredom. I would either pick or chew on my cuticles until my fingers got bloody. It’s disgusting, I know, and I promise I won’t do it again.

I was looking through my computer files and I came upon a folder with some old swatch pictures that I hadn’t uploaded. At first, I wondered why I had forgotten about these pictures but then I saw the horrid nail art I had attempted so it all came rushing back to me. There was nothing wrong with the polish–just my half-assed attempts to try to be “creative” with loose glitter. Maybe I will post a pic of the monstrosity at the end of my post.

Bourjois is a French brand that I really like but that is not easily obtained states-side so I usually just drool over pretty swatches. Julie, of my most favorite French bloggers in the entire galaxy, hunted down Bourjois Grenadine Tonic for me and she surprised me with this extra lovely bottle of Bourjois Lavande Esquisse. The 1 Seconde line (One Second–duh!) is supposed to be a line of polishes that should take “1 second” per nail to polish as they claim that you will only need one coat. Well, I guess I could have gotten away with one coat if I had been more careful, but I wasn’t so I had to apply two. Here we go with the swatches: 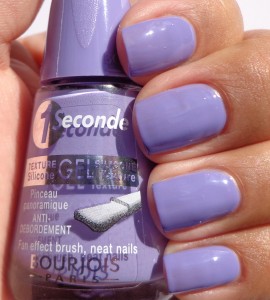 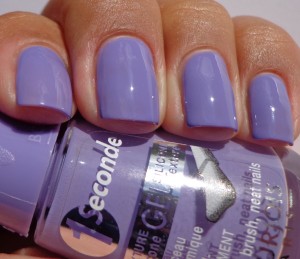 I don’t know if maybe I didn’t wait long enough for the second coat or what, but I got some very slight bubbling. Then when I applied Seche Vite, it all went to pot. I guess now I know that this particular polish does not mesh well with SV. I found the brush a little strange but easy to get used to after a few tries. Despite those little bumps in the road, I adore this color. It’s so bright yet so delicate.

Since you know I am not afraid to post my disasticures, here is what I was talking about earlier: 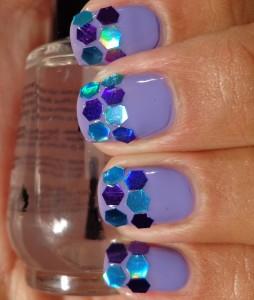 While I was doing this, I knew the hexes were way too big, but I didn’t want to stop. So I kept going, and I was more and more horrified. Look, someone just showed Justin a picture of my nails:

I stopped midway and added a coat of SV which caused more bubbles and then it shrunk around my cuticle area. Isn’t that the weirdest thing ever? Oh well. Can’t fight city hall. When in Rome.

Maybe I’m a little delirious since it’s 2 am already. Let me know what you think. Talk to you all later.