Are you all into the superhero genre? I know that I am and have been since I was a child. Was it really appropriate for me to be watching violent action movies at such a young age? Probably not, but I think that I turned out alright. Well, on second thought… To be honest, I am not super familiar with the comic book characters or the movie that this collection is inspired by, but that doesn’t mean that I can’t appreciate the pretty polish. Let’s dive right in so I can show you my swatches of the Bee’s Knees Lacquer Deadpool Collection. 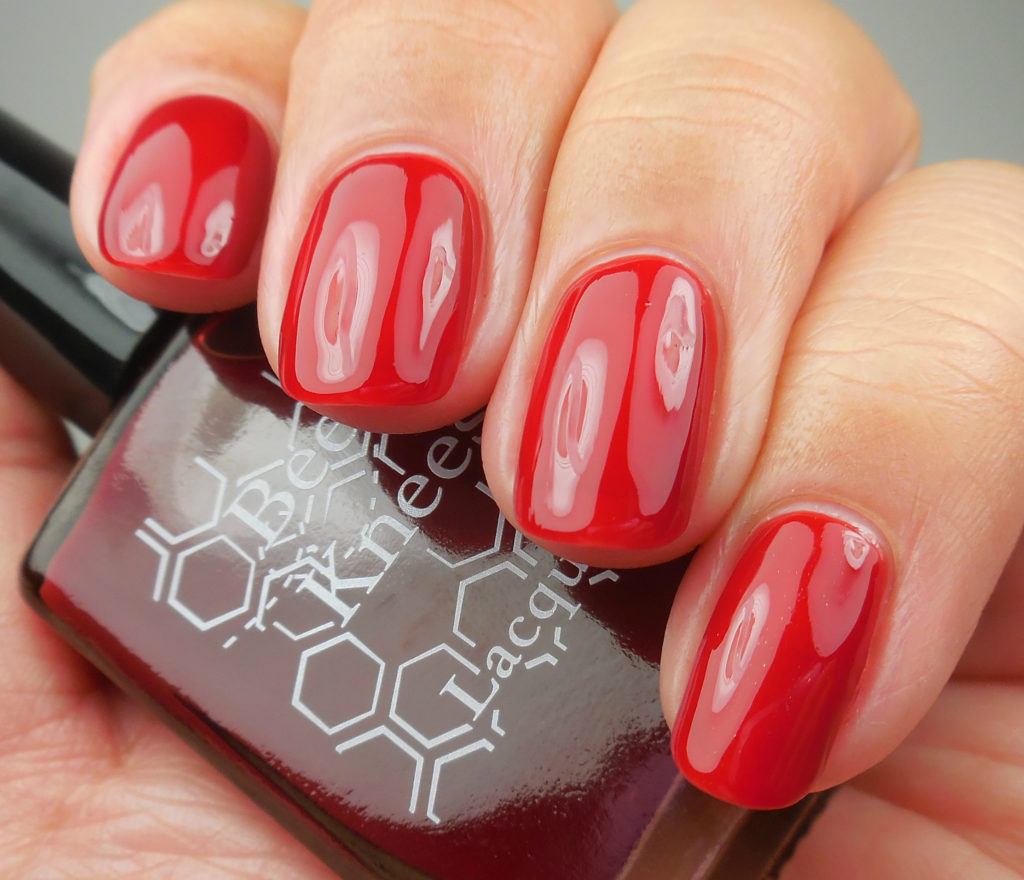 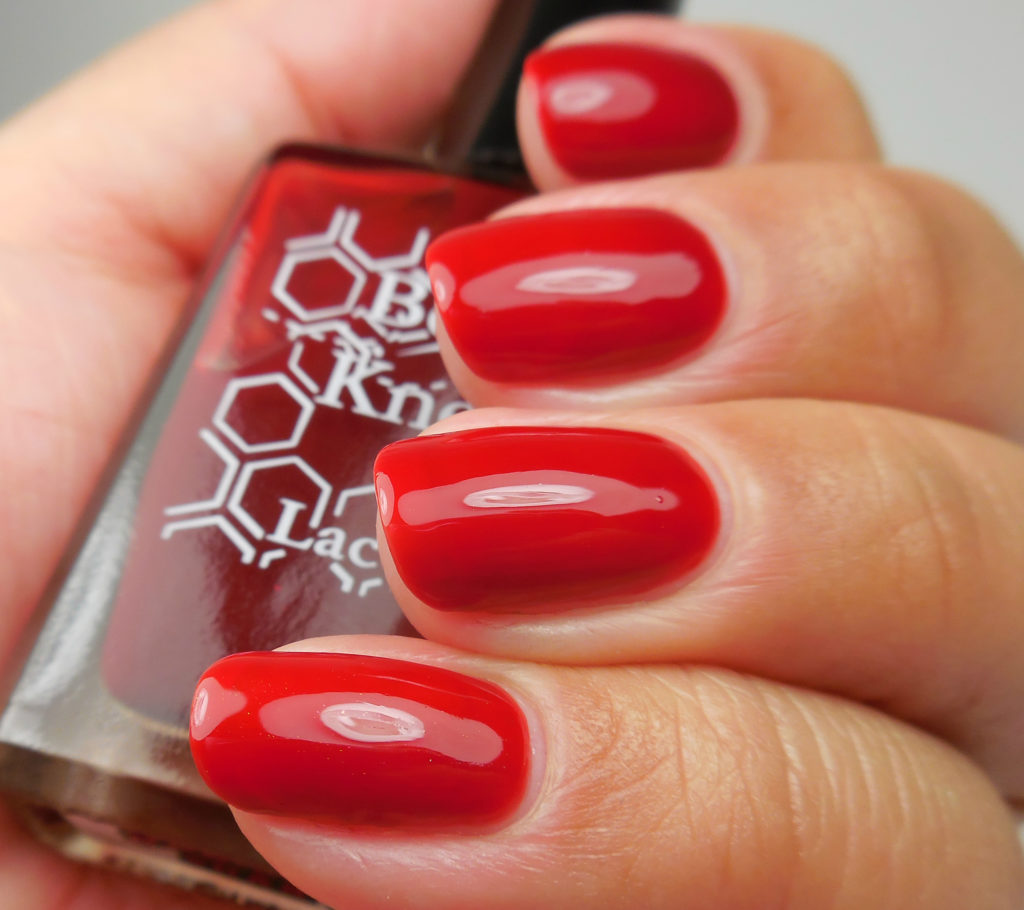 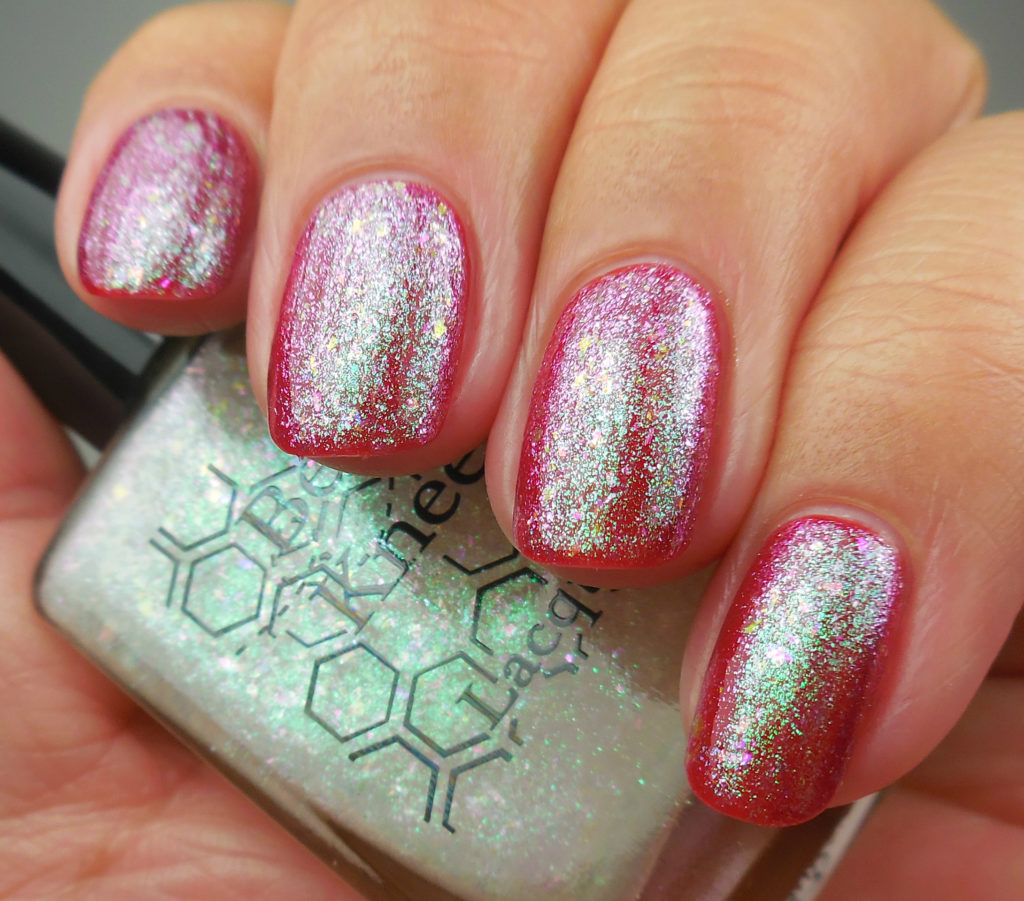 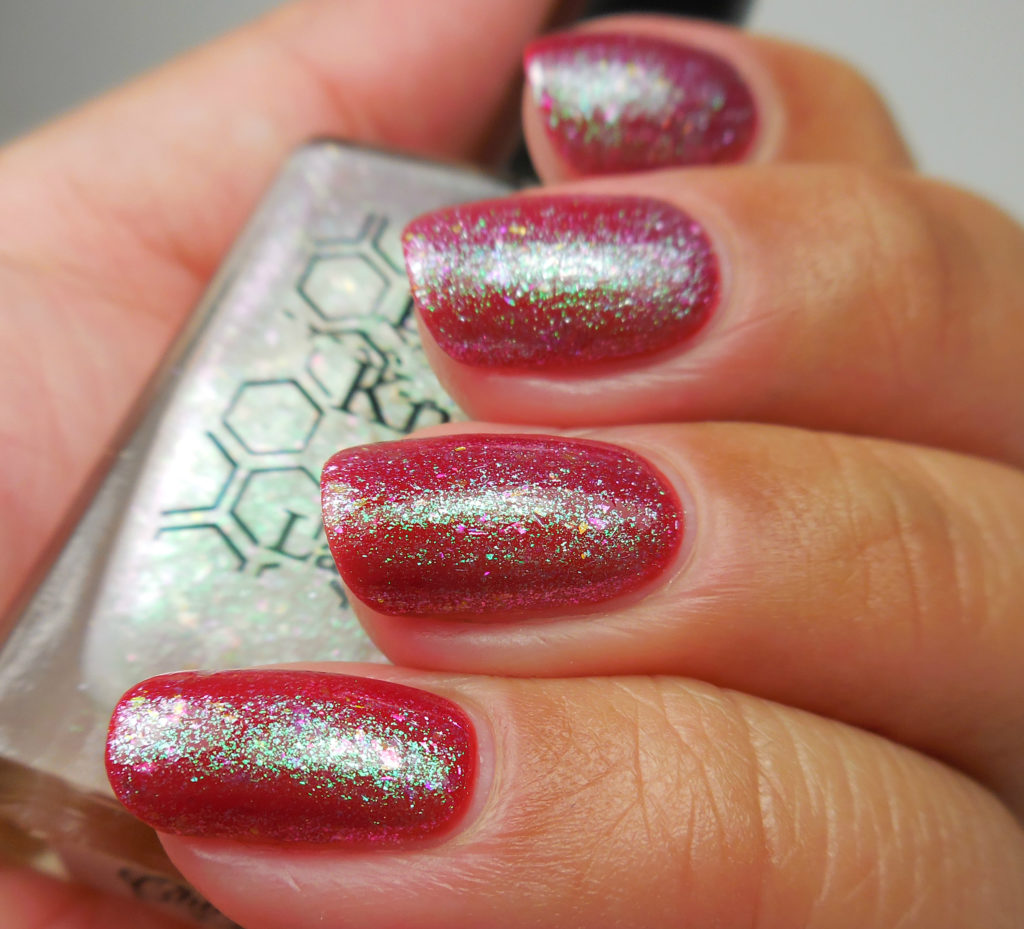 Bee’s Knees Lacquer You My Chimichanga 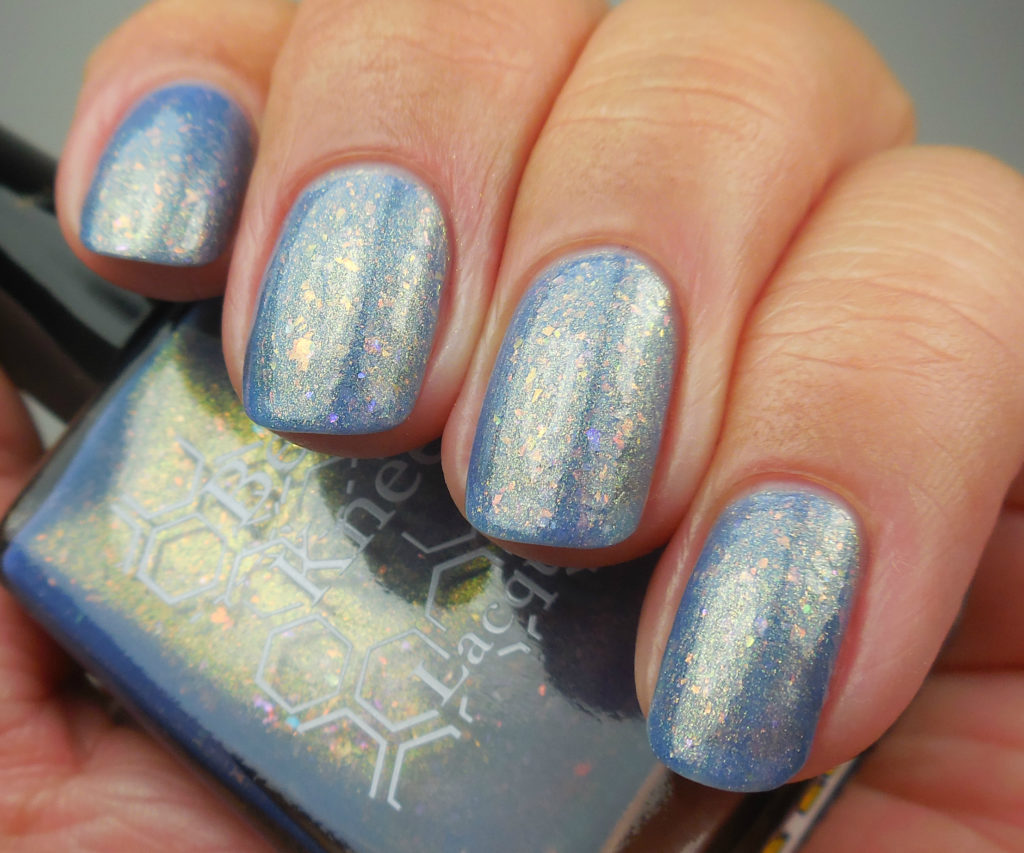 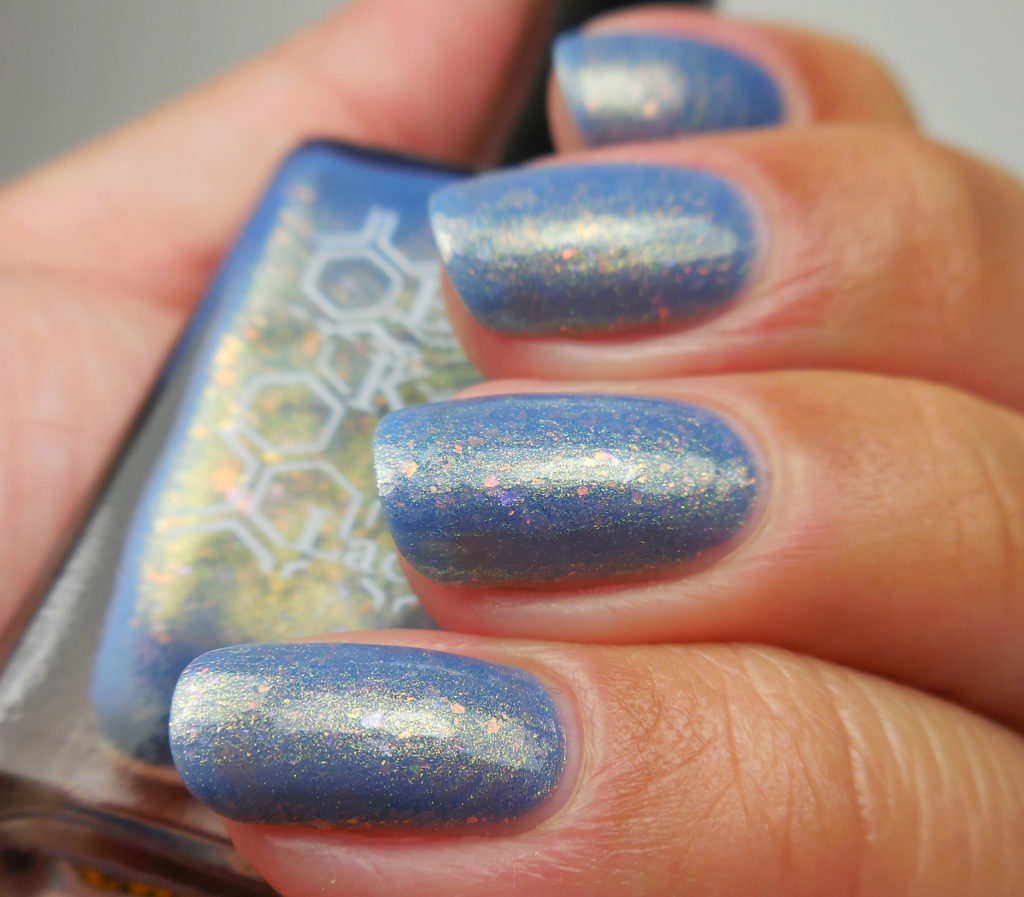 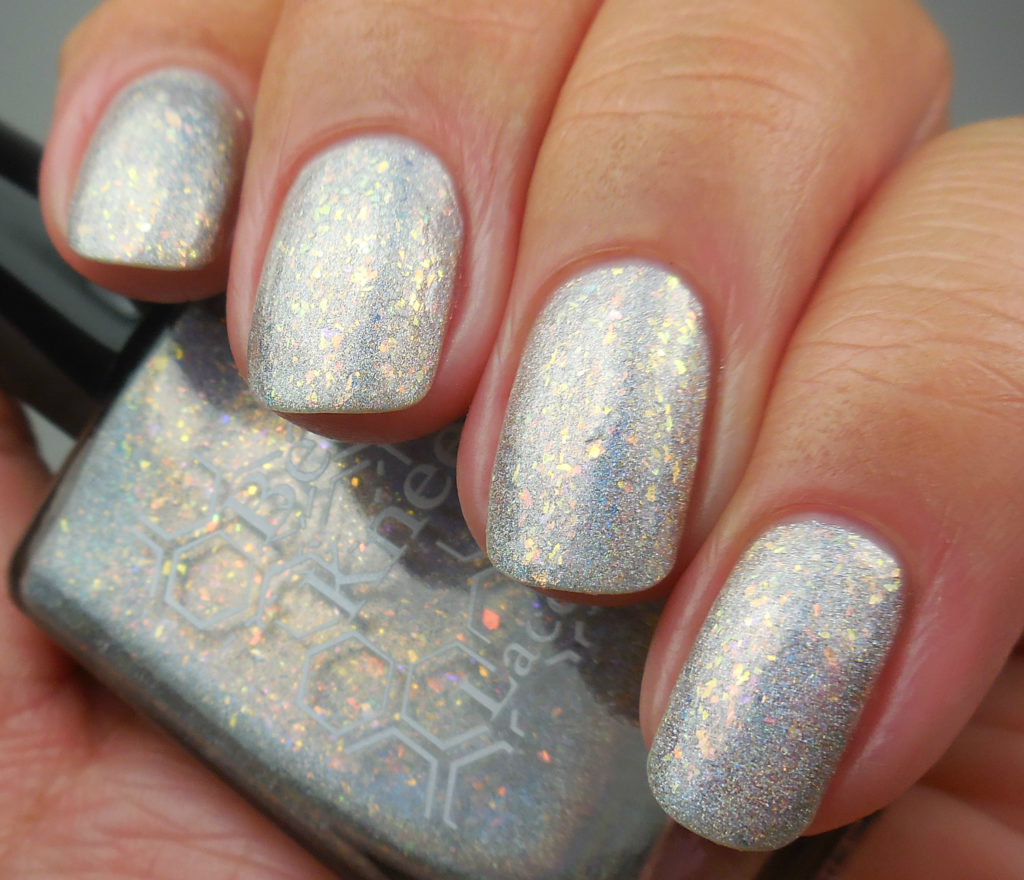 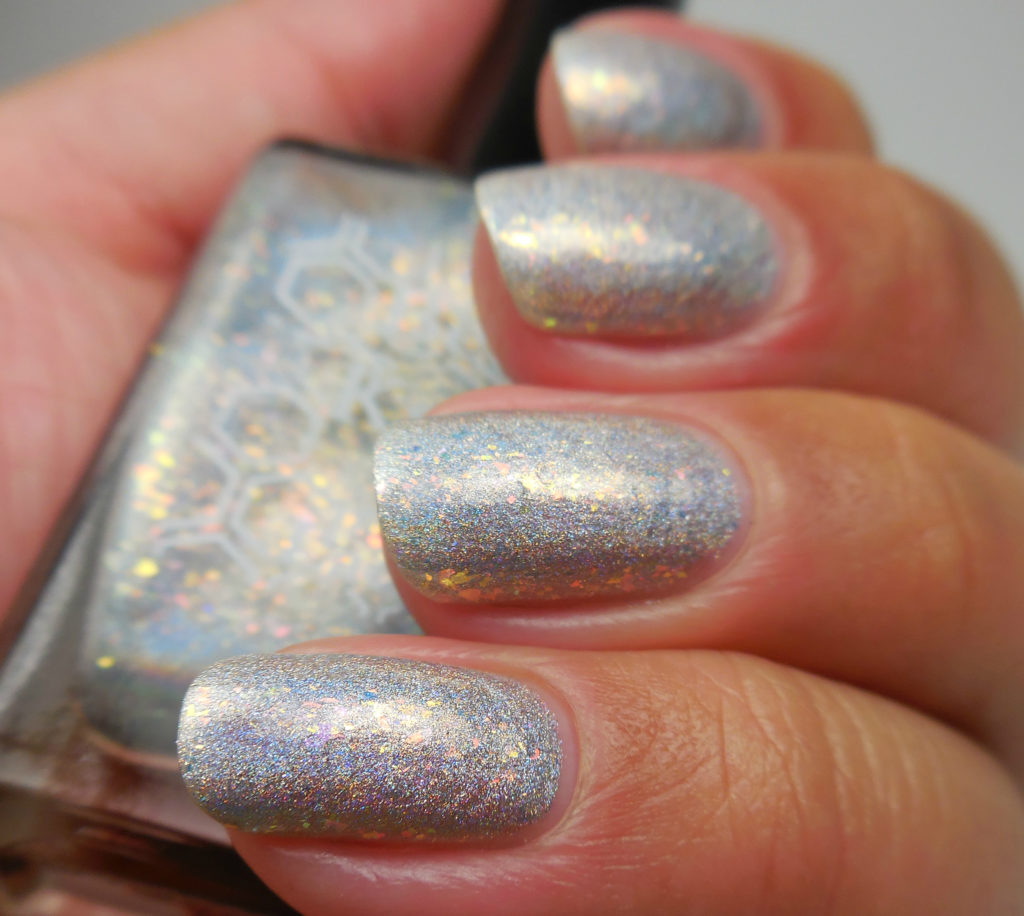 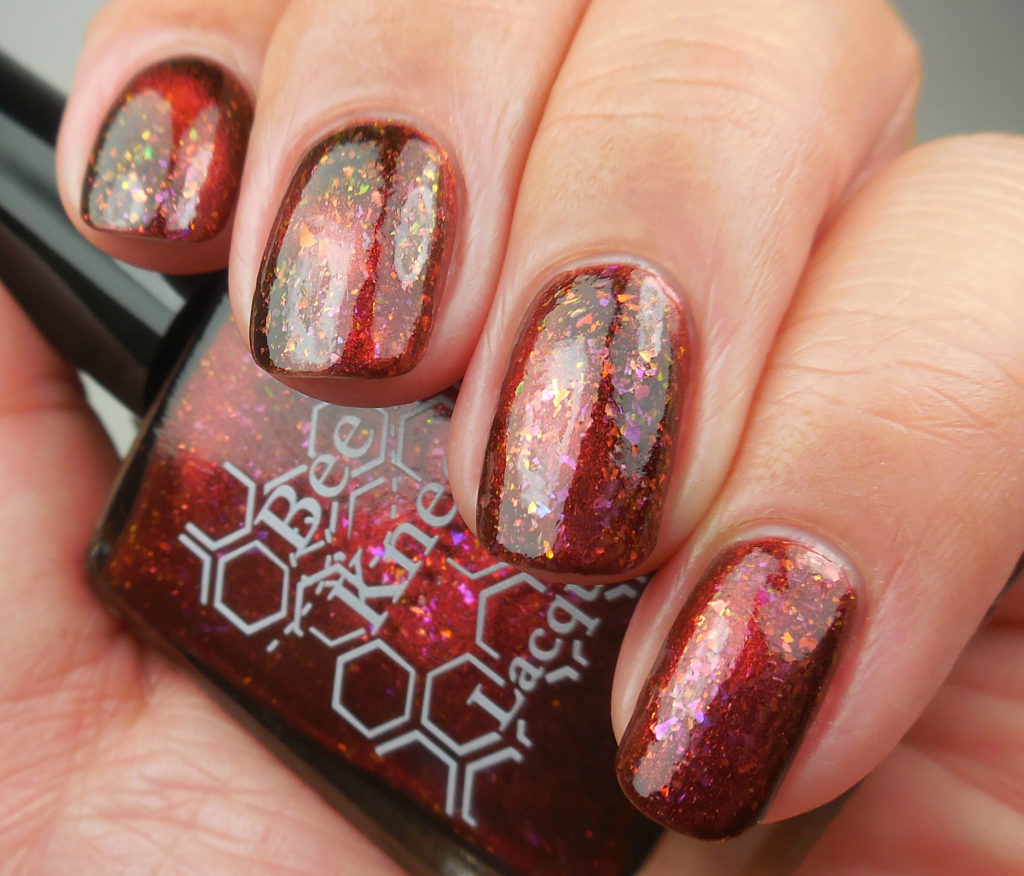 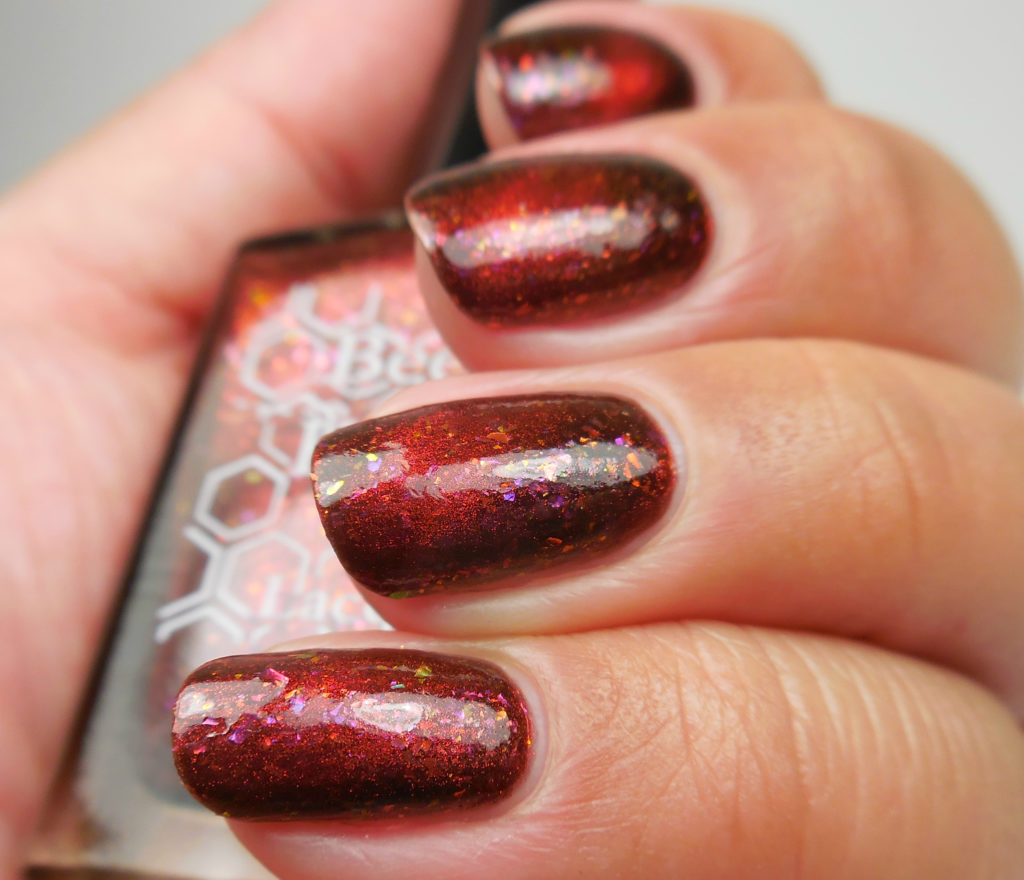 Bee’s Knees Lacquer All The Dinosaurs Feared The T-Rex 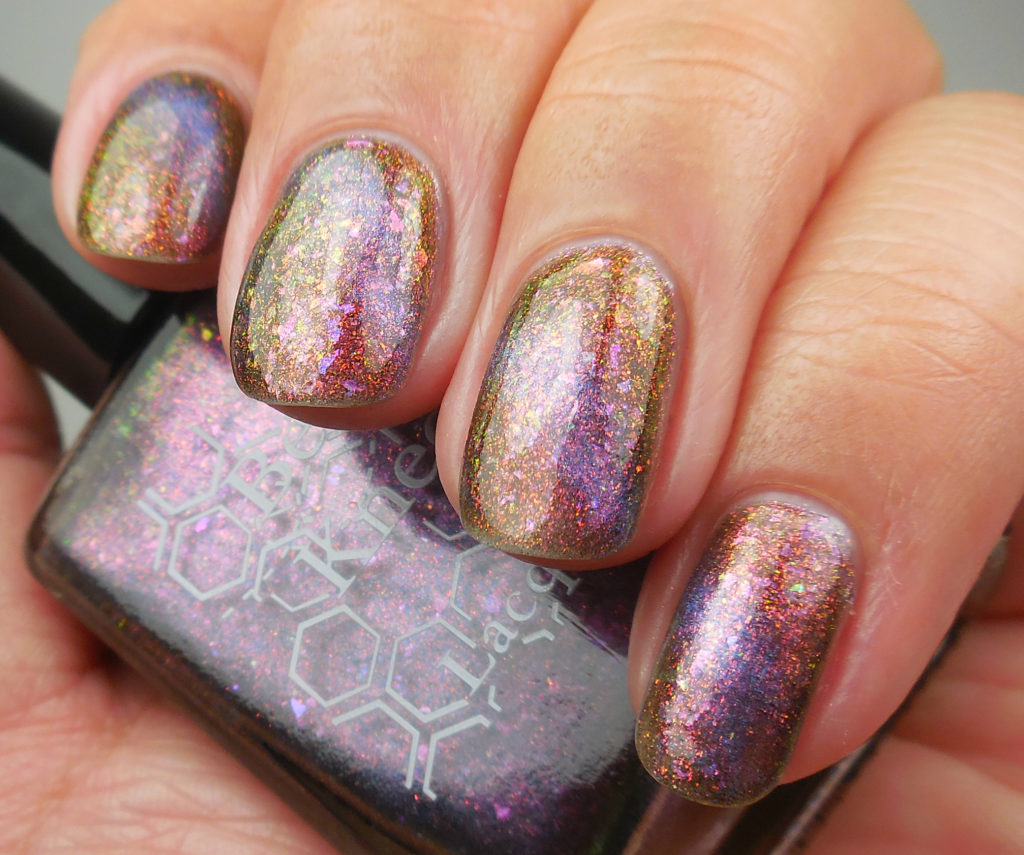 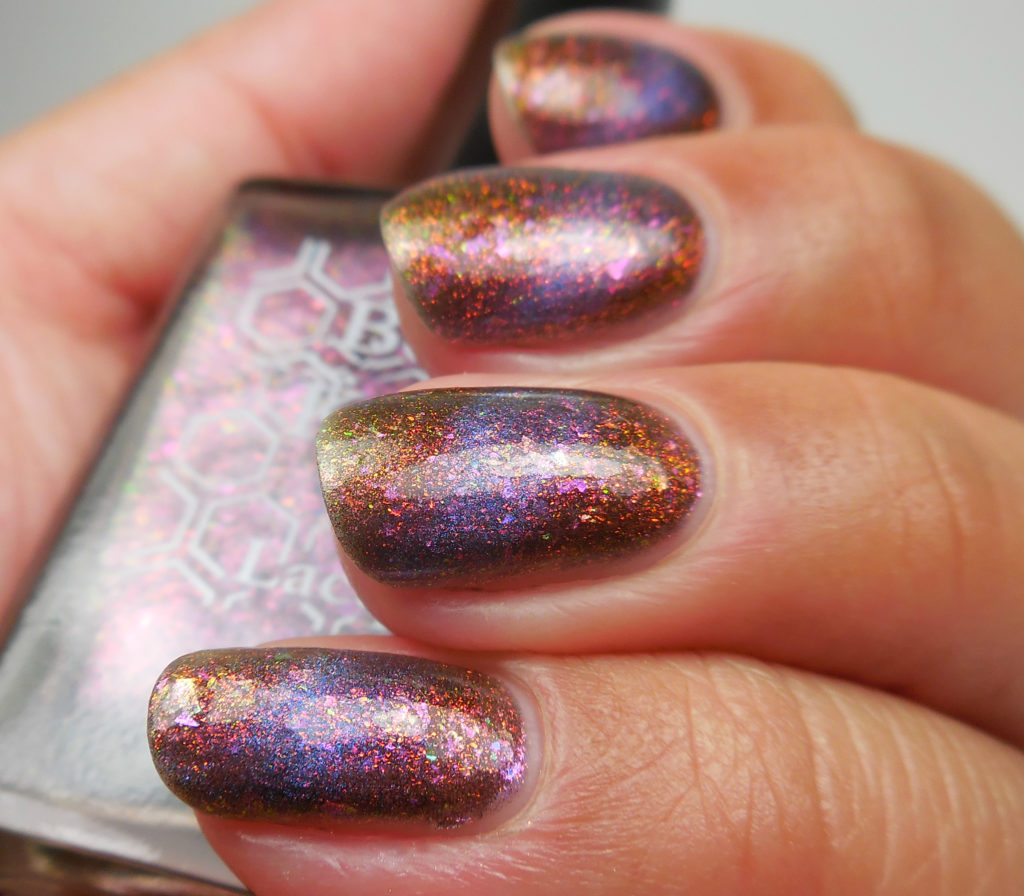 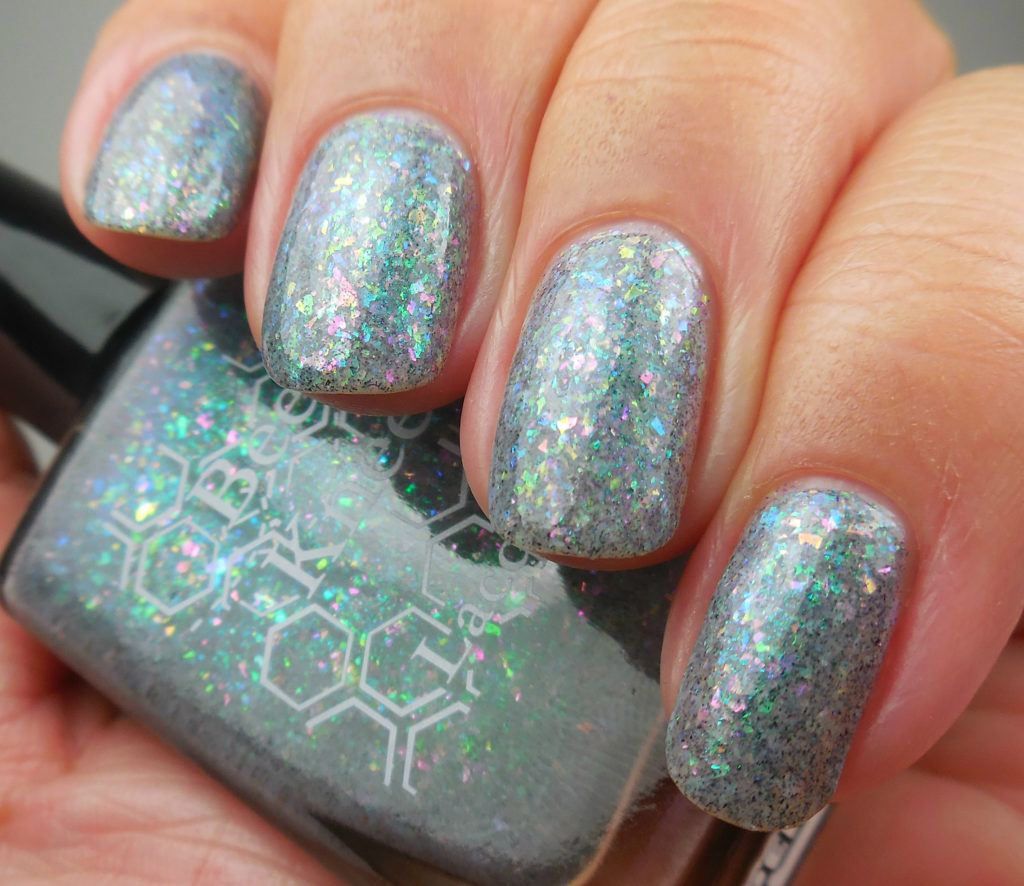 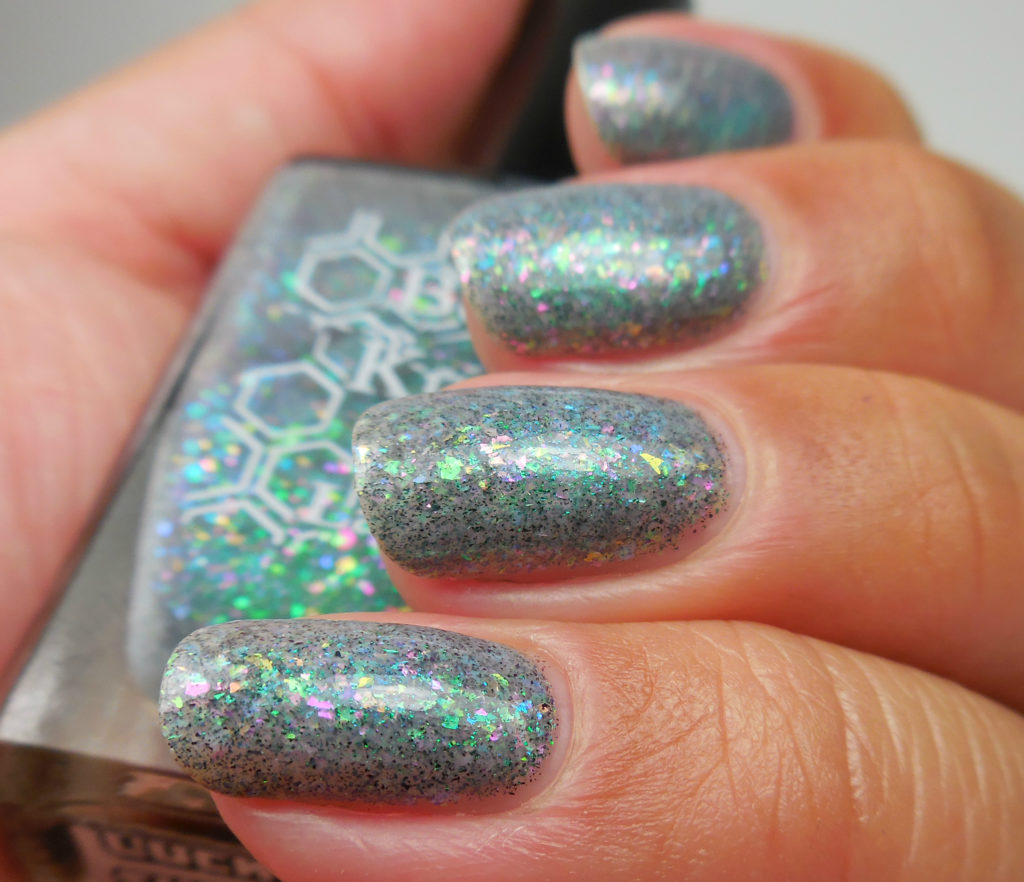 As I mentioned earlier, I have not seen Deadpool, but I now that Hottie McHottie Ryan Reynolds plays the main character in the movie which brings me to my next question: WHY HAVEN’T I SEEN THIS MOVIE?? I will remedy that problem soon! I find this collection incredibly fun and so diverse. We have a jelly, 3 magnetics, crellies and holos…oh my! The red jelly,  Bitten By A Radioactive Shar Pei, is absolutely delicious. It kind of reminds me of my favorite red jelly: OPI Vodka & Caviar. Because of the nature of the jelly formula, I had to apply 4 coats for my swatches. I went in very thin for each coat so you might be able to get away with 3 coats. The three magnetics, All The Dinosaurs Feared The T-Rex, Tough, Young and Morally Flexible and Luck Isn’t A Superpower, are so fun and unexpected. I recently purchased a magnet that turned out to be very strong and works great to create the coveted cat eye effect. Luck Isn’t A Superpower is very subtle when compared to the other two magnetics, but it is still beautiful. I had no problems with any of these polishes formula-wise. They were all perfect two coaters, with the exception of Bitten By A Radioactive Shar Pei as I mentioned above.

If you’re interested in purchasing these pretties, you can check in at Color4Nails on 5/11/18 for the big release where each bottle will retail for $13. So what do you think of this collection? My person favorites are Bitten By A Radioactive Shar Pei, Tough, Young and Morally Flexible, All The Dinosaurs Feared The T-Rex and The Coolest Name Ever. But really, I love them all…it’s o hard to pick just a few favorites. Thanks so much for stopping by today, and I will talk to you soon!