Heyyyyyyyyyyyyyy! Are you off today? I am and I thoroughly enjoyed sleeping in until 10 am. I can honestly say that it felt glorious, and I wish I could sleep in every day. I ended up going to my nail places to see if they had any new stuff, but the trip was a bust because they had nothing that I wanted. To top it all off, traffic was insane so it took me an hour to even get out there even though it normally takes 15 minutes. I hate traffic. Anyway, today I was browsing on IG and I came across a post from Nichole and she was sharing an old Wet n Wild nail polish under the tag #vintagepolishfriday You know that I’m going to just right on this vintage polish train because as a nail polish collector, I get excited when I see older bottles of nail polish. Let me show you the polish I decided to wear for my very first #vintagepolishfriday 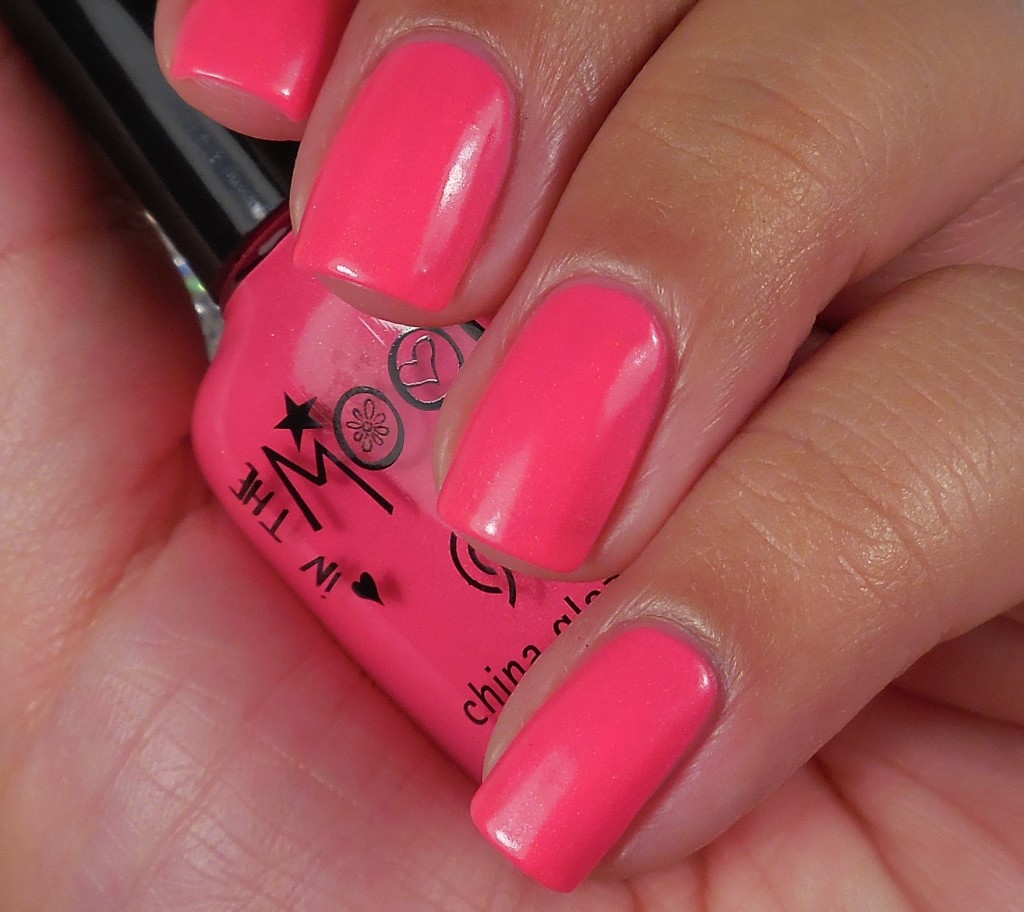 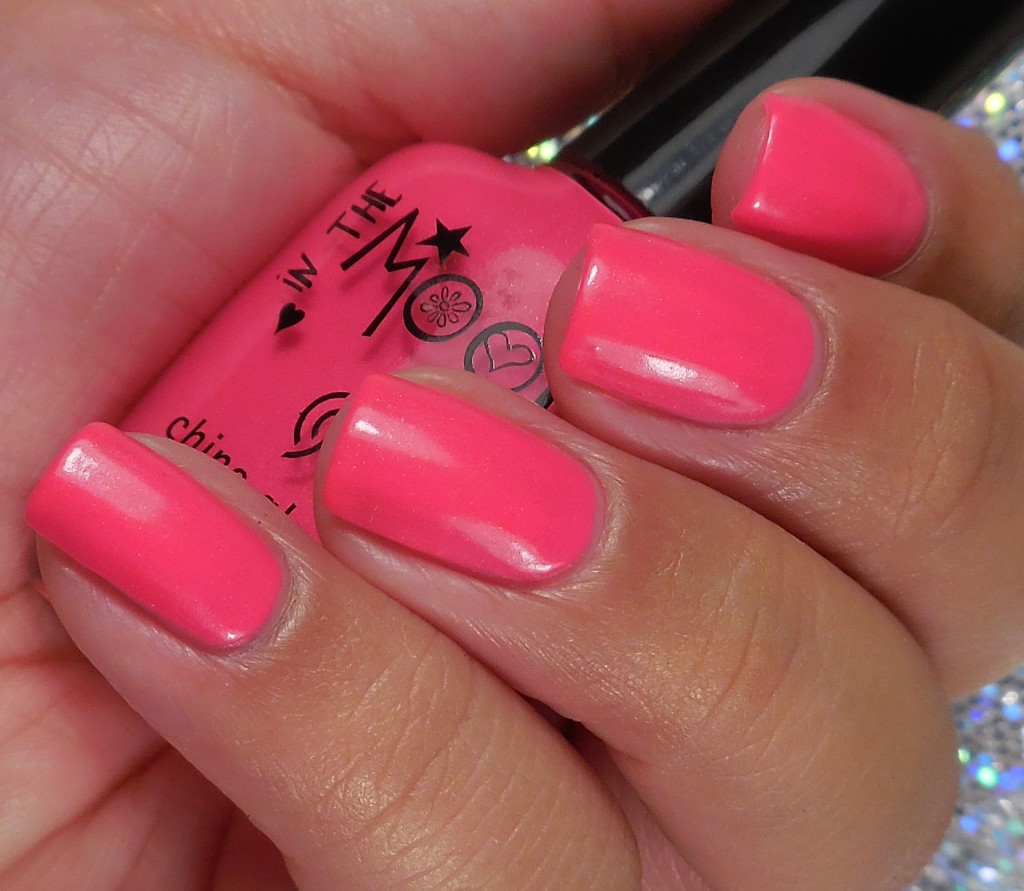 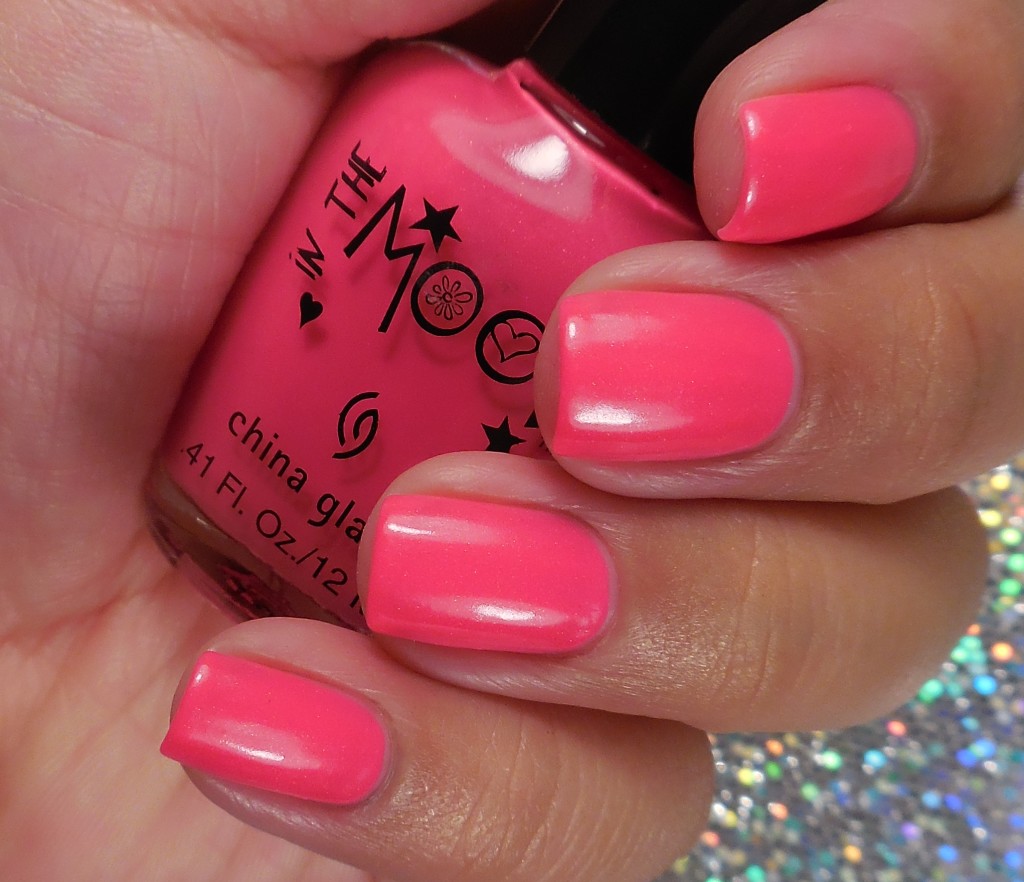 I wish I knew more about this line of polishes, but information is super sketchy online. It appears that the Chine Glaze In The Mood Collection was originally released in 2001 but there were subsequent releases. Unfortunately, the polish is not labeled and does not have a name so there isn’t really a way to track this down. Since the polish is so old, the color changing properties are pretty much nil so it no longer changes color in the sun. One thing that I did not notice from looking at the bottle is that it has a gorgeous gold shimmer that is only visible in direct sunlight. If you don’t like the smell of old polishes, this one will probably kill you because it stinks like polish chemicals of yore. I guess I’m weird because I really love the smell of older polishes. The formula was super thin too so I had to apply 3 coats for full opacity. This is not really a polish I would wear again just because it’s finicky and I have other pinks that are much easier to work with. For me, this is more of a collector’s polish and I am happy to have it in my stash.

So what have you been up to lately? I’m going to get all the shopping done for tomorrow’s BBQ tonight and hopefully I have time to do a 4ht of July mani. I did attempt to do one last night but it was a disasticure since I had a few (a lot) of beers at the same time–yeah, don’t ask. I hope that I can do a vintage polish post here and there because it’s always fun to see some of the oldies we have in our stashes. Don’t forget to check out Nichole’s IG–I love her swatches and nail shape so you won’t be disappointed. Anyway, I hope you’re doing well today and thanks for stopping by today.

7 thoughts on “Vintage Polish: China Glaze In The Mood”