Ok, so I know that my blog has looked a lot like Tonic central lately, but I’ve just bought a bunch of them recently and I want to make sure that I swatch them before I put them in my melmers. That sounds kind of sad, but isn’t that what some of us nail polish addicts do? We have way too much polish to actually use them all on a regular basis, so when I use a polish more than twice, I know that it’s a good one.  So for today’s post I have yet another lovely polish: Tonic Extra-ORD-inary. Let me show you some swatches. 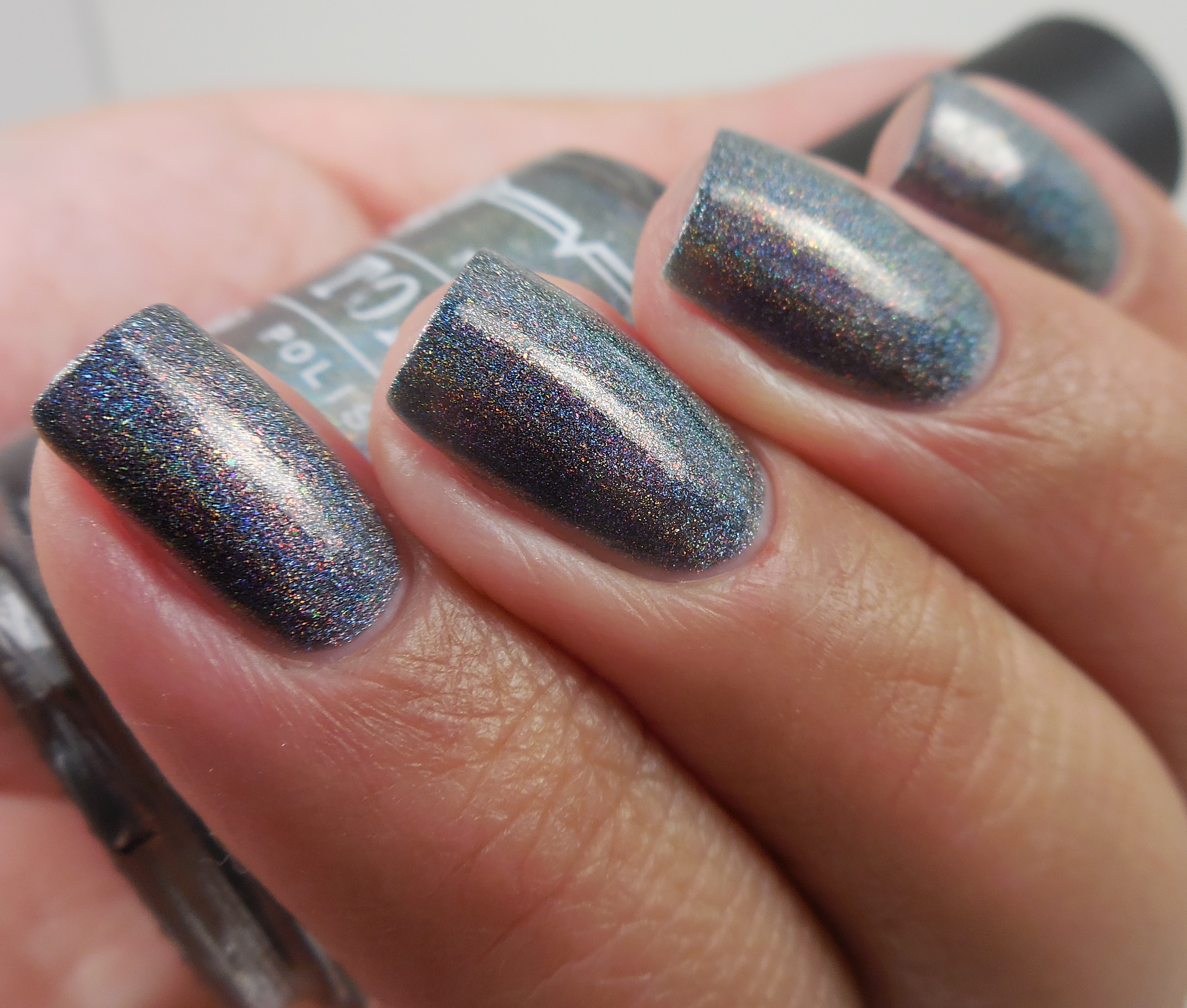 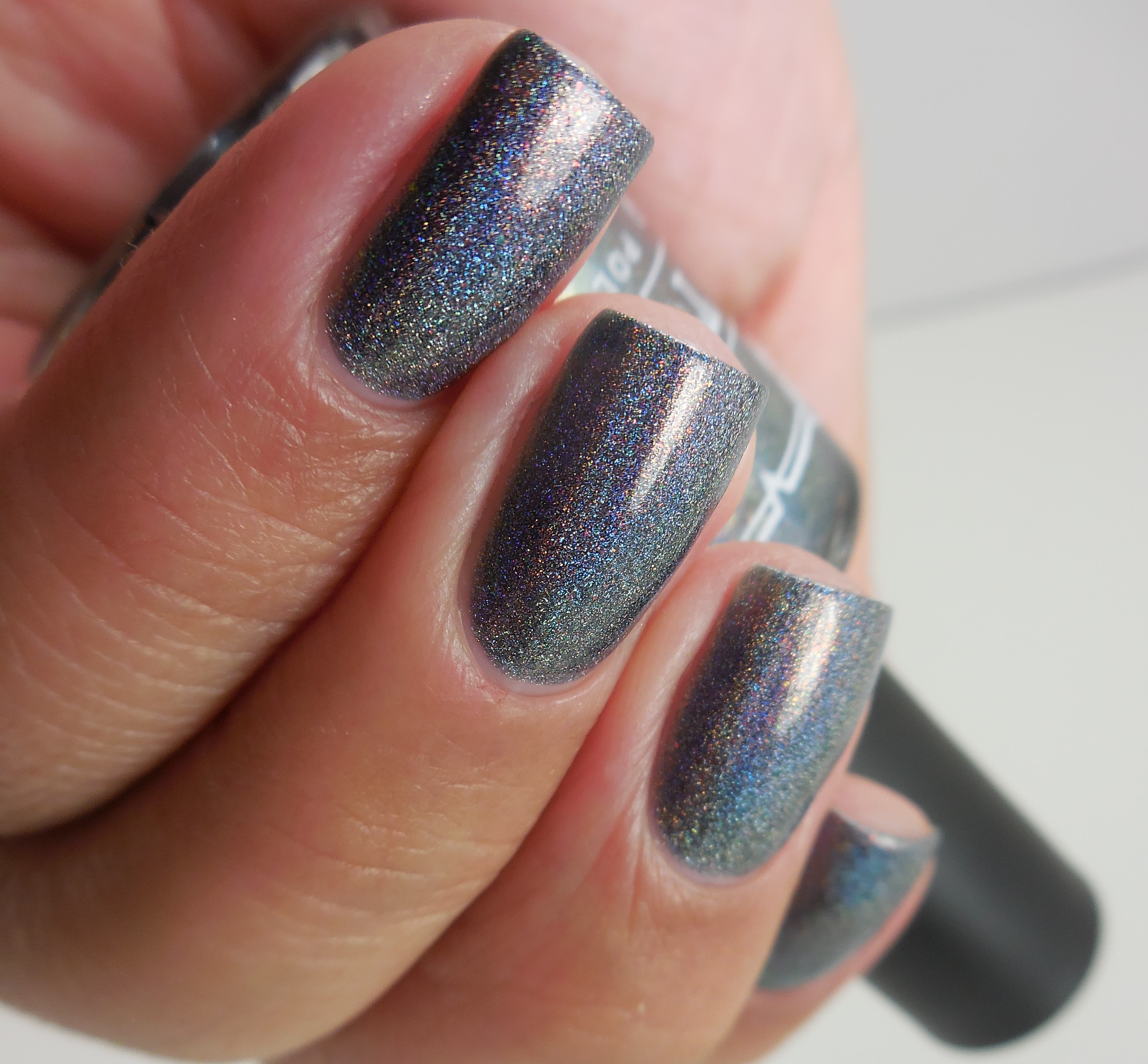 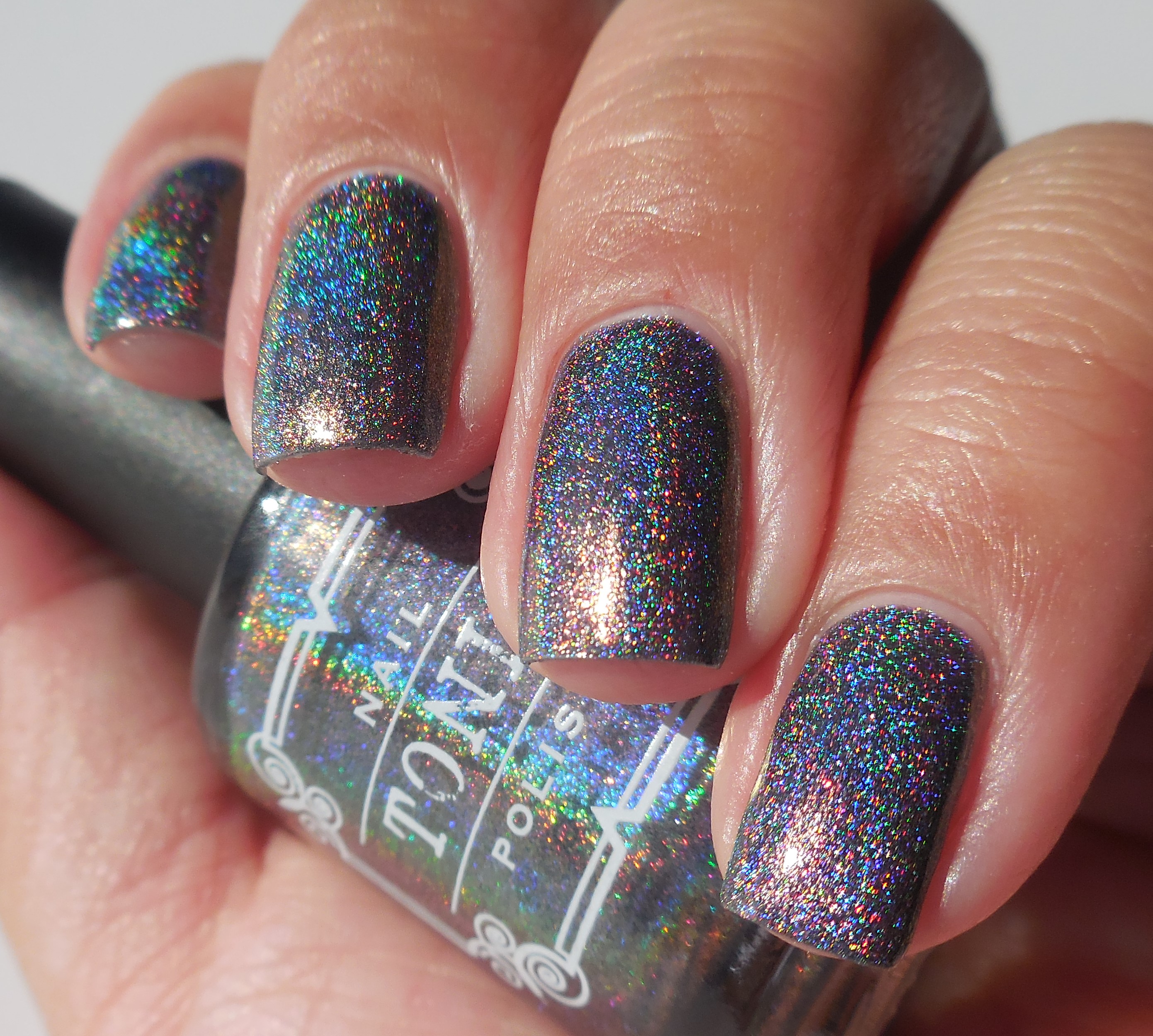 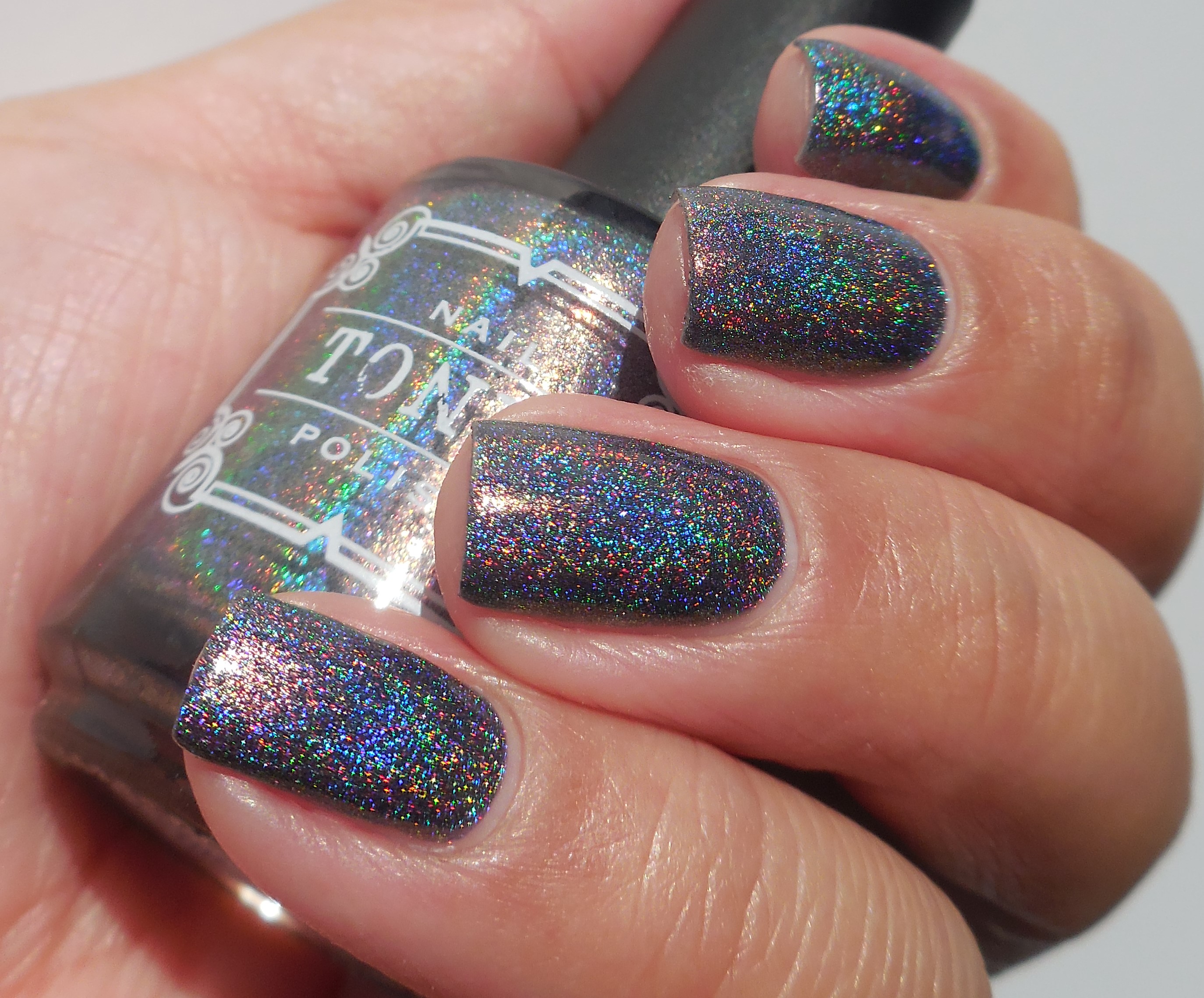 Since I’m a nerd and worked in the airline industry during my early 20’s, I got a kick out of the IATA code ORD. Reminds me of the time that I had a couple that I was helping who flew from Europe to Los Angele and they were on their way to San Jose. Sadly for them, their tickets were for San Jose, California instead of San Jose, Costa Rica. Womp, womp. Oh the stories I have from my years in the airline business. So this polish was part of a duo that was released for PolishCon Chicago 2017. The other polish that was part of this duo is #chibound and I will move heaven and earth to get my hands on it. Either that or I will have to hunger games people at the next restock. This polish is described as “a super holographic steel grey with red-gold-green color shifting flecks that give the holo flame a warm glow.” It really is a gorgeous polish and, I know my good friend Fross (aka as Lacquermesilly) would really enjoy. The formula on this was nice, with only two coats needed for full opacity. Like most holos, it is a little understated when you see it in inside light but when you expose it to the sun it glow with the intensity of my love for cake. Let me know what you think about this polish. Did you go to Polish Con and did you manage to pick these up? Thanks so much for stopping by today, and I will talk to you soon.