So, I finally got around to swatching 4 of the polishes I picked up from the China Glaze Holofraud–err…Hologlam Collection. Ok, ok…I can admit that I was really annoyed about this collection when swatches finally came out because I was expecting some awesome holo goodness and these felt like a big letdown. Was I on crack before, or do you not remember some amazing swatch wheels floating around about this collection from last year’s Cosmoprof??? I was so excited because I still have not gotten over completely missing out on the OMG Collection which sadly pre-dates my polish obsession. Well, here I thought I was going to get my second chance but no. Waaahhh waahhh! When I started seeing all the reviews online, I just became bitter, yet still purchased 4 of these polishes. Why, you ask? Well, because I am a polish hoarder, and I just couldn’t help myself. I ended up exiling them to the back of one of my melmers until recently when I told myself that I should at least swatch them. I did swatch them, and I think I need to somewhat take back some of my vitriol against this collection. While I stand by my comments about these polishes not really having a very strong holographic effect, they are still very pretty. The formula on these was kind of spectacular. I swatched them on my bare nails and applied 2 coats and no top coat. While the formula seemed a little thin, they covered well and dried lightning fast. I’m sure you’ve seen a million and a half posts about the China Glaze Hologlam Collection, but indulge me, won’t you? 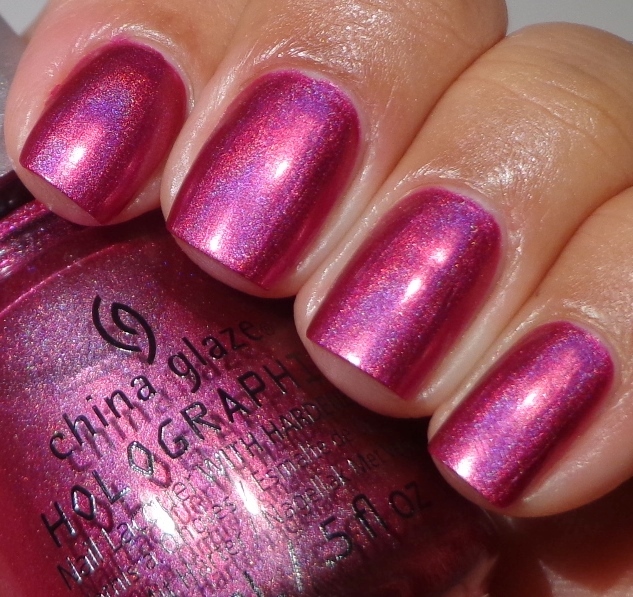 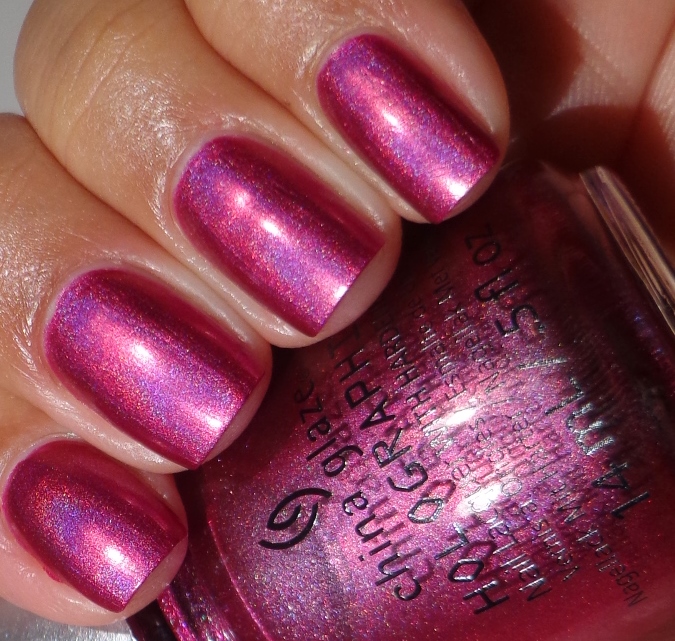 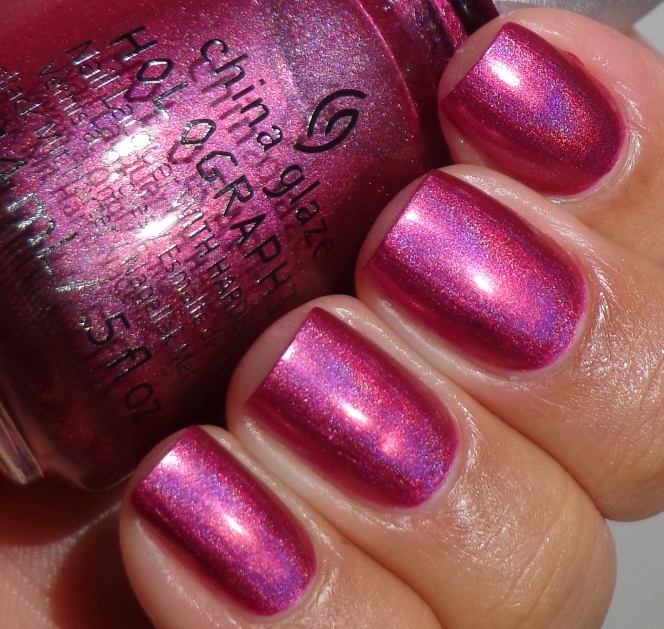 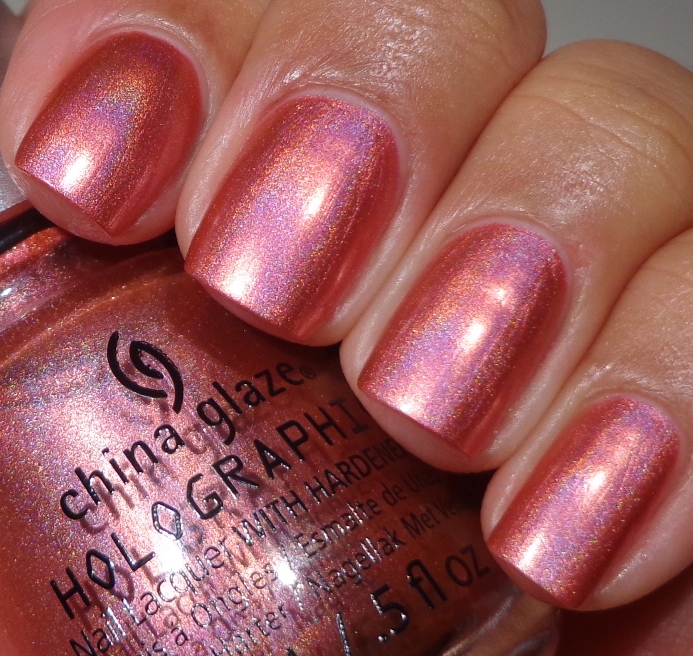 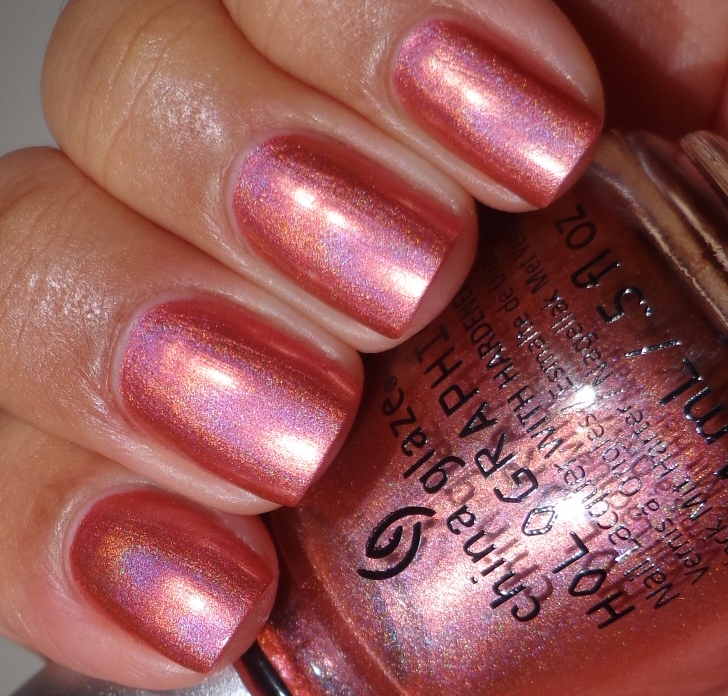 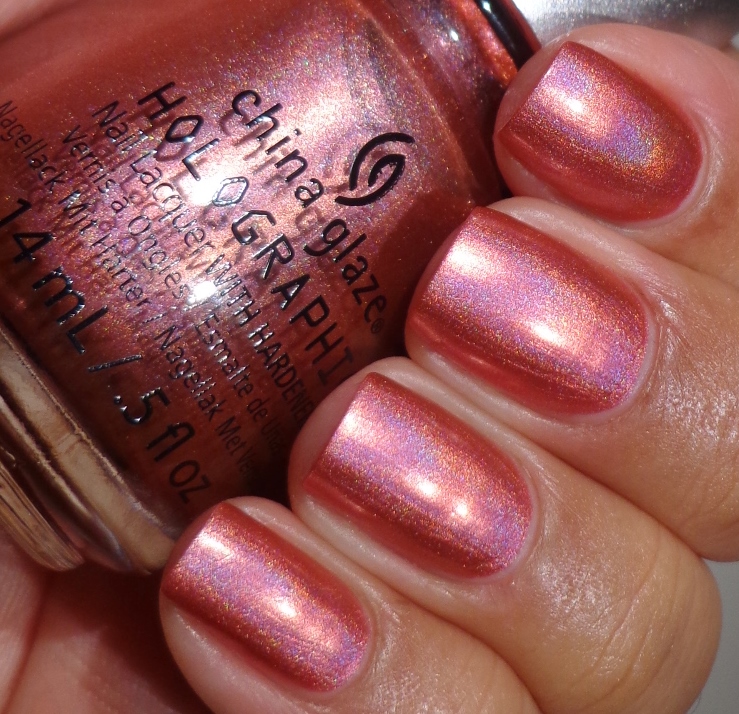 Not In This Galaxy 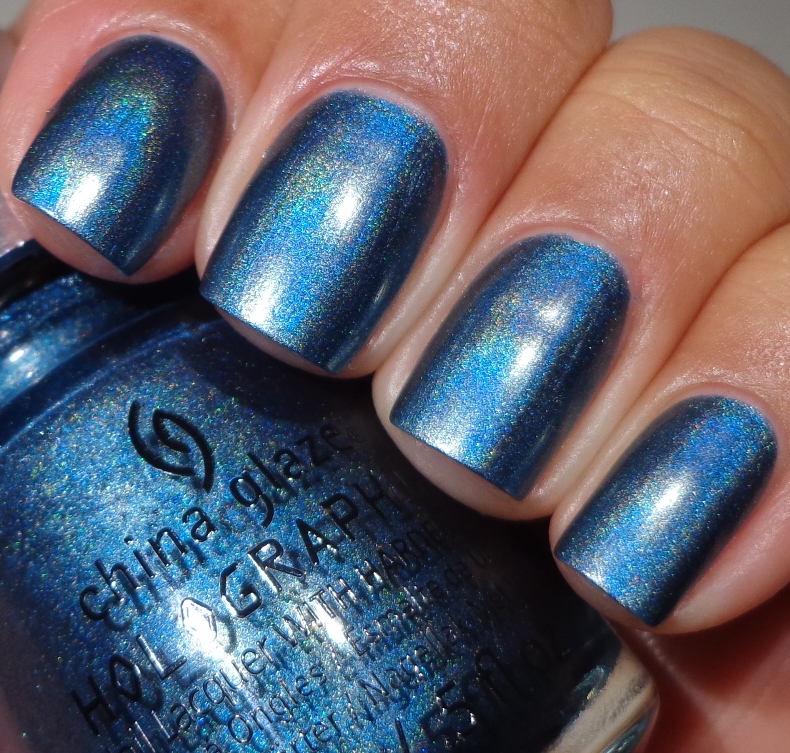 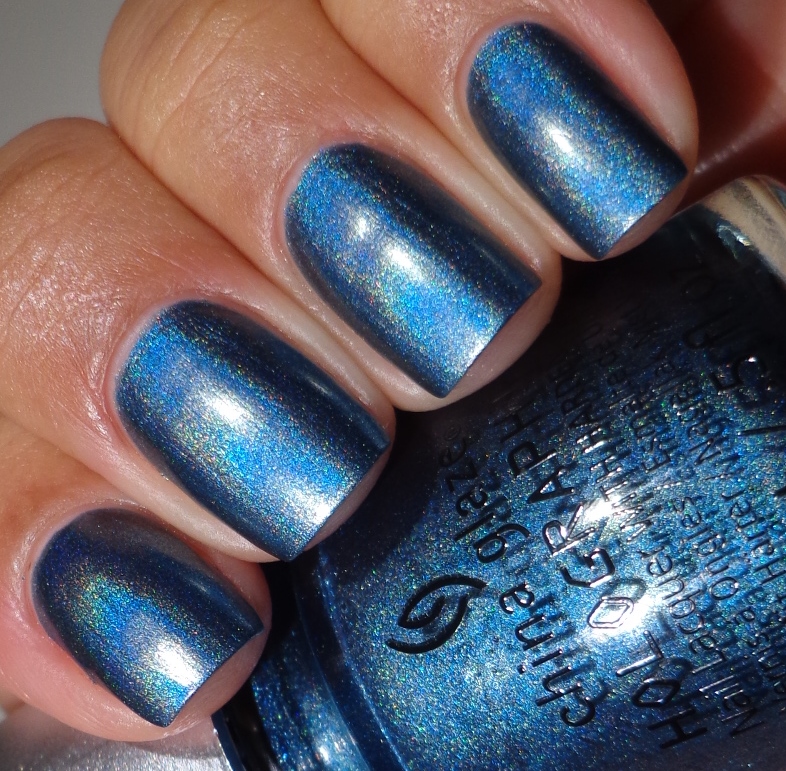 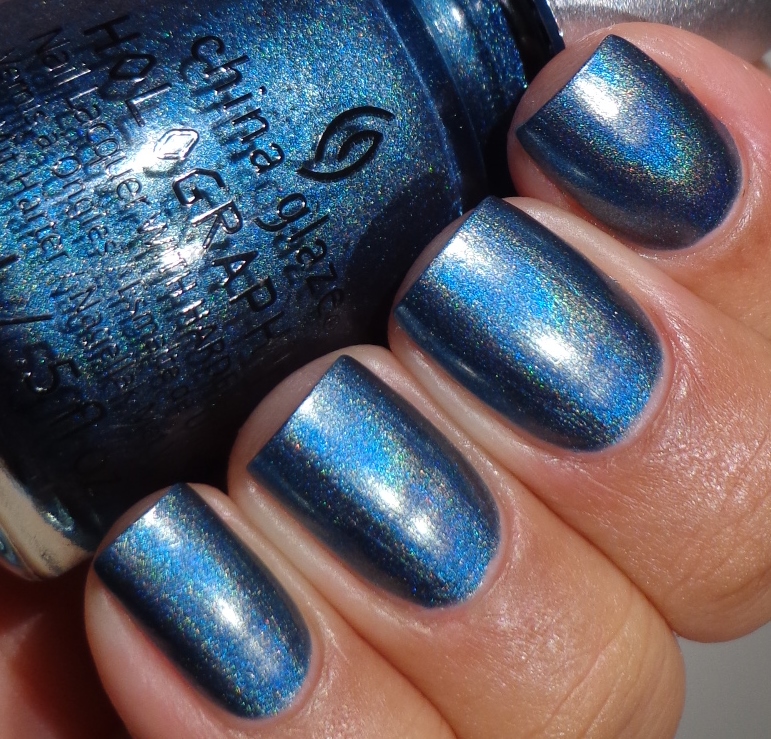 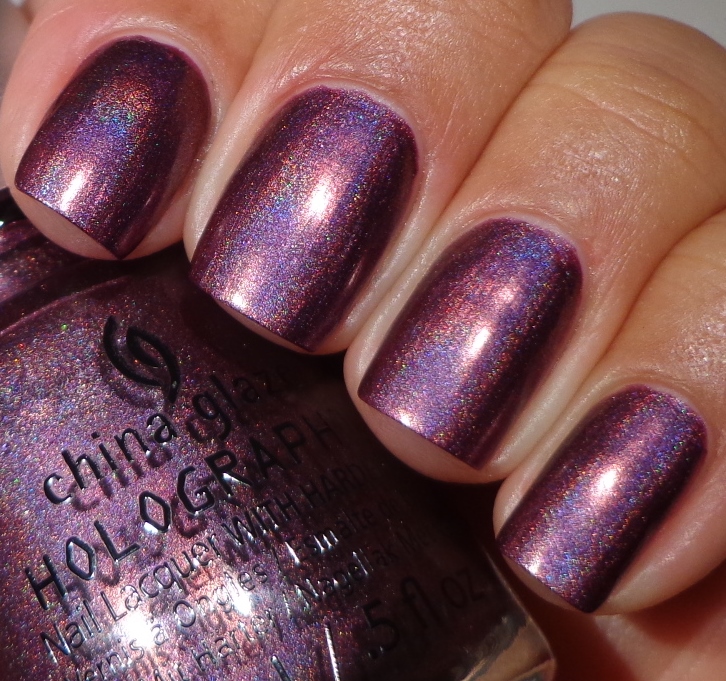 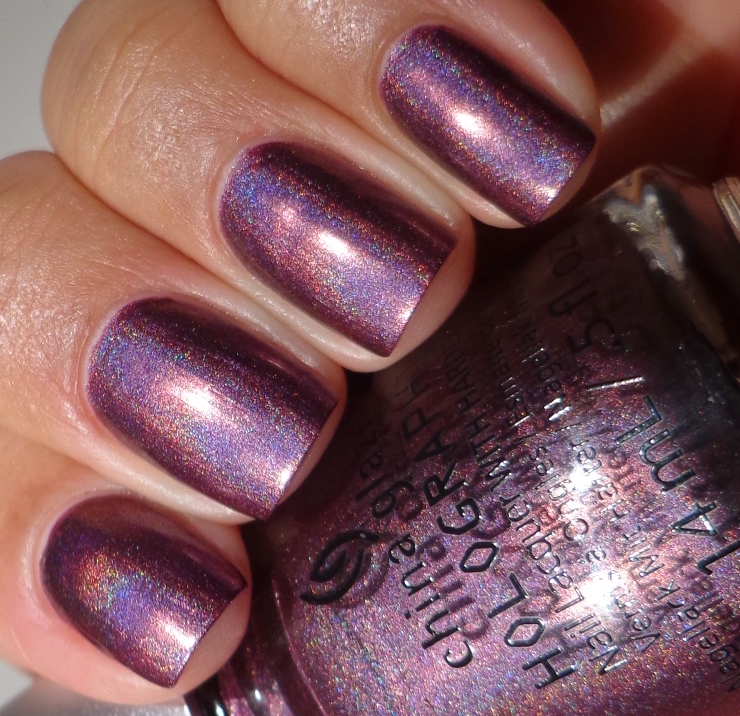 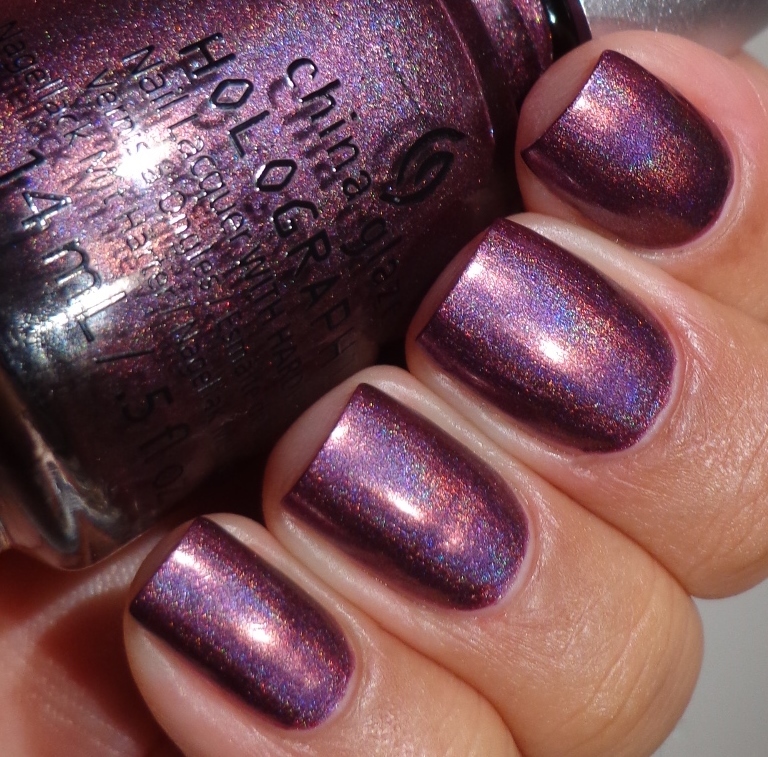 Well, my final thoughts on this collection is that while they are not crazy holographic, I do like the delicate holo effect. I can imagine wearing these when I want something sparkly but not flashy a la Halo Hues or Laylas. Will I get more of these? Maybe one or two more, but I won’t die without them. What do you think about this collection? Have you tried them out yet?

Since I was so annoyed earlier today, I’m going to just share a little mini-rant with you today. I hate cell phones. I hate the fact that cell phones have completely taken over people’s lives. Why do people feel the need to ALWAYS be on their cell phones either talking or surfing the web or whatever? I seriously almost got into a car accident with some moron who was too busy talking on her phone instead of actually paying attention to the road. When I was waiting in line to pay for some stuff, the moron in front of me was talking on his cell phone so loud that I just wanted to punch him in the back of the head. And the worst is when you are with friends and they are paying more attention to their phones than to you. Seriously?  When I was a teenager, cell phones weren’t that common and we survived. Why do people nowadays act like they can’t live without them? Anyway, that’s all I have to say about that. I could say more, but it’s probably wiser to leave it at that.

I hope you’re having a nice Monday, and thanks so much for stopping by today!