Happy first Monday of June! Blah! So just when I thought that things were gonna get better this month, we start June with a broken appliance. Is it sad that I wasn’t even surprised when my fridge broke? The only good thing is that it broke now and not in the middle of Summer. I still had to throw out all of our food because it went bad hella fast. My new fridge arrives in a few days so I’m looking forward to that. Today I have one of my gorgeous purchases from May PPU to share with you. Illyrian Mixed Emotions is such a beauty! I know you’re going to enjoy it as much as me. 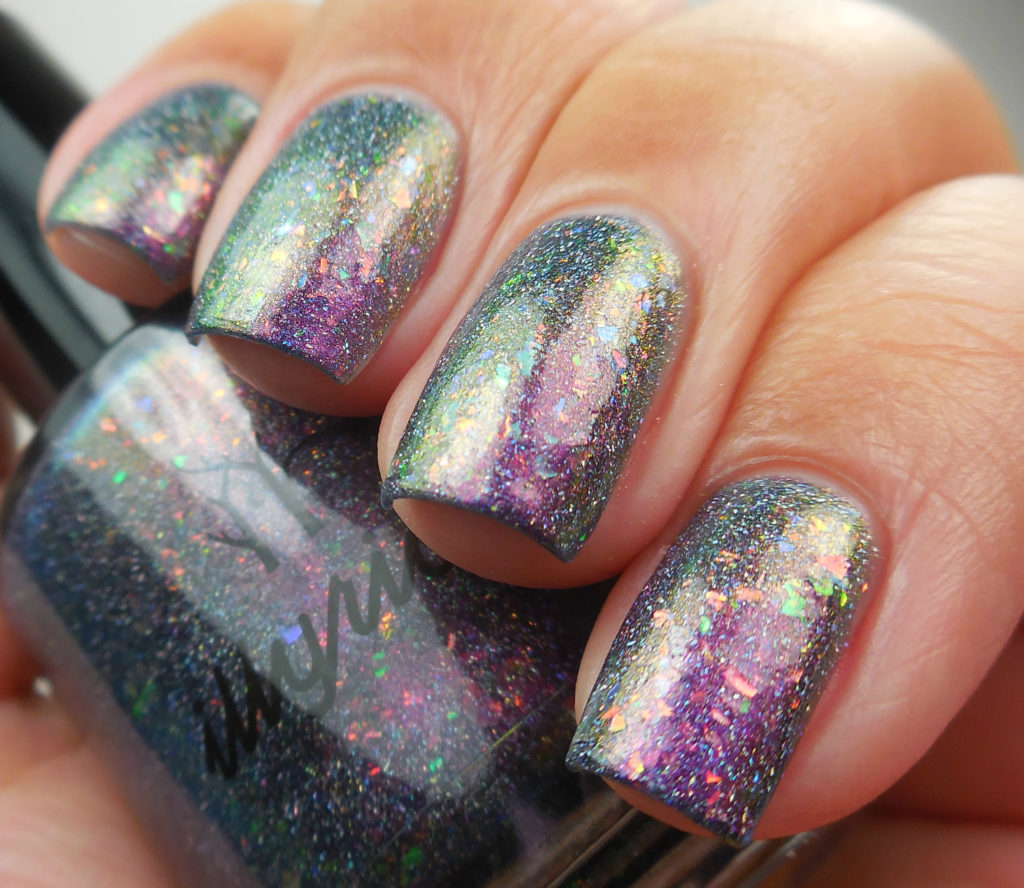 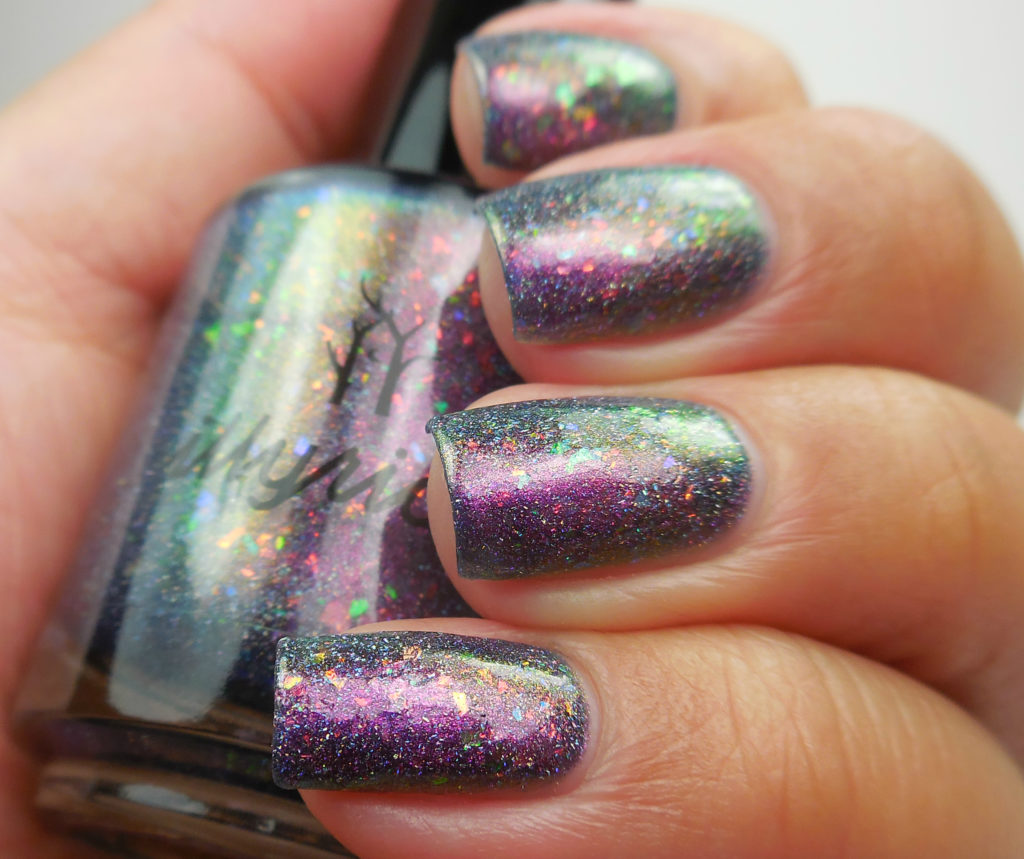 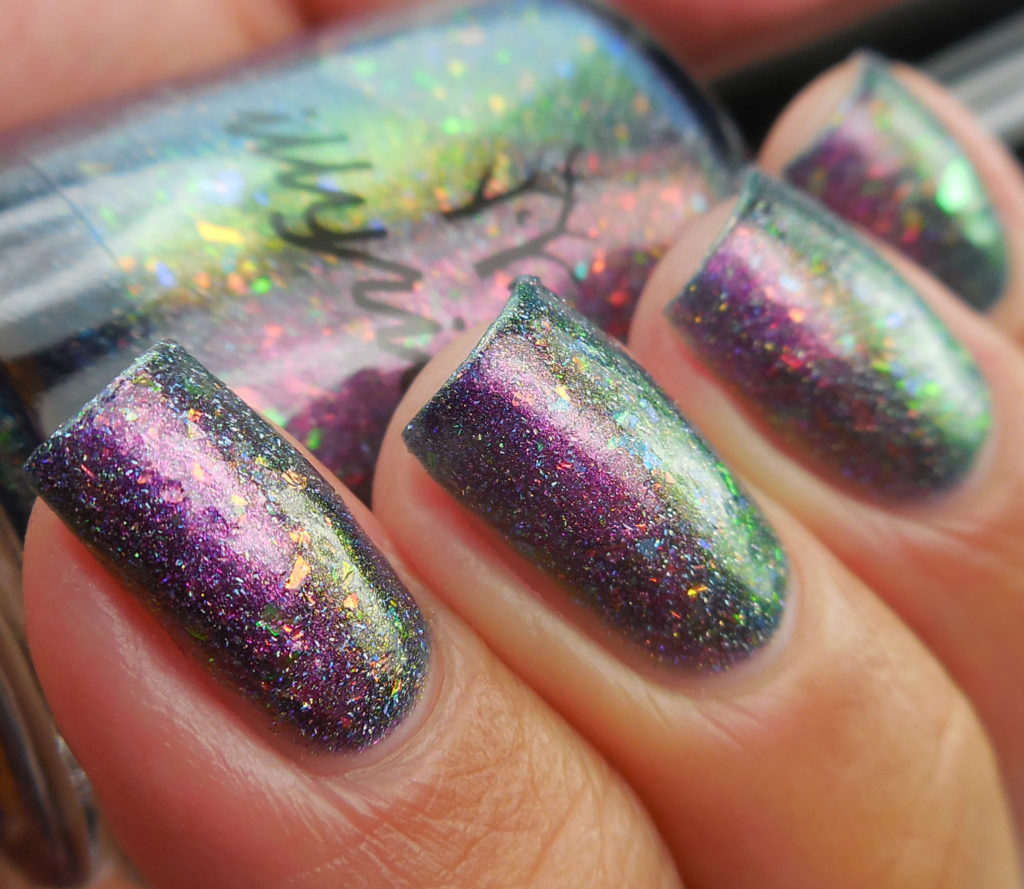 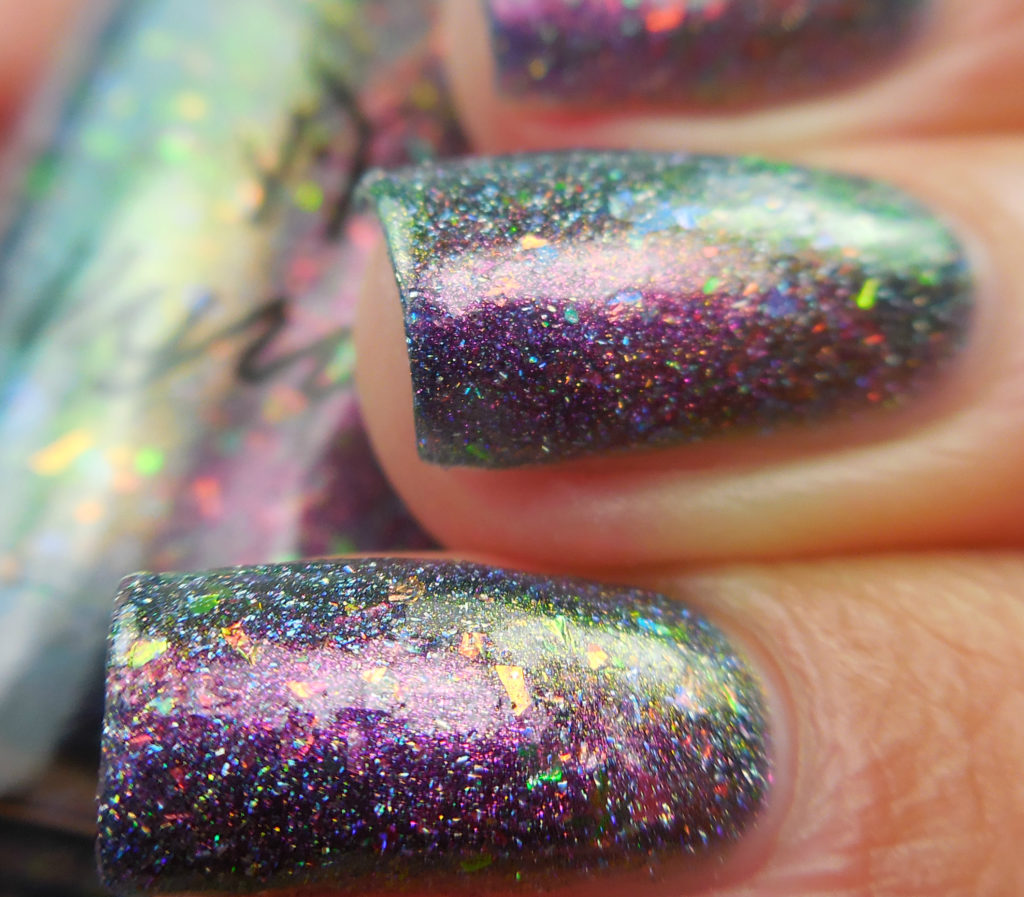 As you may recall, the theme for May was the 90’s so the inspiration for Mixed Emotions was the ever present mood rings that we all had back then. Admit it, you know that you had one. I think I even had a velvet choker with a mood stone in the middle…you can’t get more 90’s than that! I purchased this polish for $14 and it was well worth it. The formula was very nice, and I only needed 2 coats for full opacity. When I first applied it, I thought that I would have a lot of flakes sticking up because it does have tons of flakes, but I’m glad to say that they all laid flat. I love the effect of the flakes and the shift of colors in he base!

Did you know that today is the last day to purchase from June Polish Pickup? Don’t delay if you want something from the June offerings which are inspired by video games. Also, for July, makers will bring back their most popular offering so make sure to make your vote heard if you want a particular polish from one of the brands. Thanks so much for stopping by today, and I will talk to you soon.