Yay me! I am done with clearing out my backlog of swatches and reviews that were in my drafts folder. I hadn’t posted my review of the OPI Glitter Off Base Coat because I noticed that I couldn’t find it anywhere!! I was going to pick up a second bottle and also wanted to get one for a friend, but none of my usual places have it. Hrrrrmmphh! Anyway, I know there were a lot of questions about if this was just Elmer’s glue in a fancy bottle so let’s talk a bit about the product, shall we?

The OPI Glitter Off Base Coat is meant to be used a a peelable base coat worn under difficult to remove glitters. When I first started blogging, I HATED glitter. You don’t understand. Glitter would make me angry. I hated what a pain in the ass it was to remove so I basically avoided it. Slowly, I began to see what I was missing out on so I saw the light and started to wear glitter until I was a complete convert. I still hated the removal process, but it was totally worth it. At one point, I did try Elmer’s Glue under my glitter polish, but I hated it because it actually peeled off some of my nail!!! I was a little dubious about how much better (or worse!) the OPI peelable base coat would be, but I’m glad to report that I had better results. 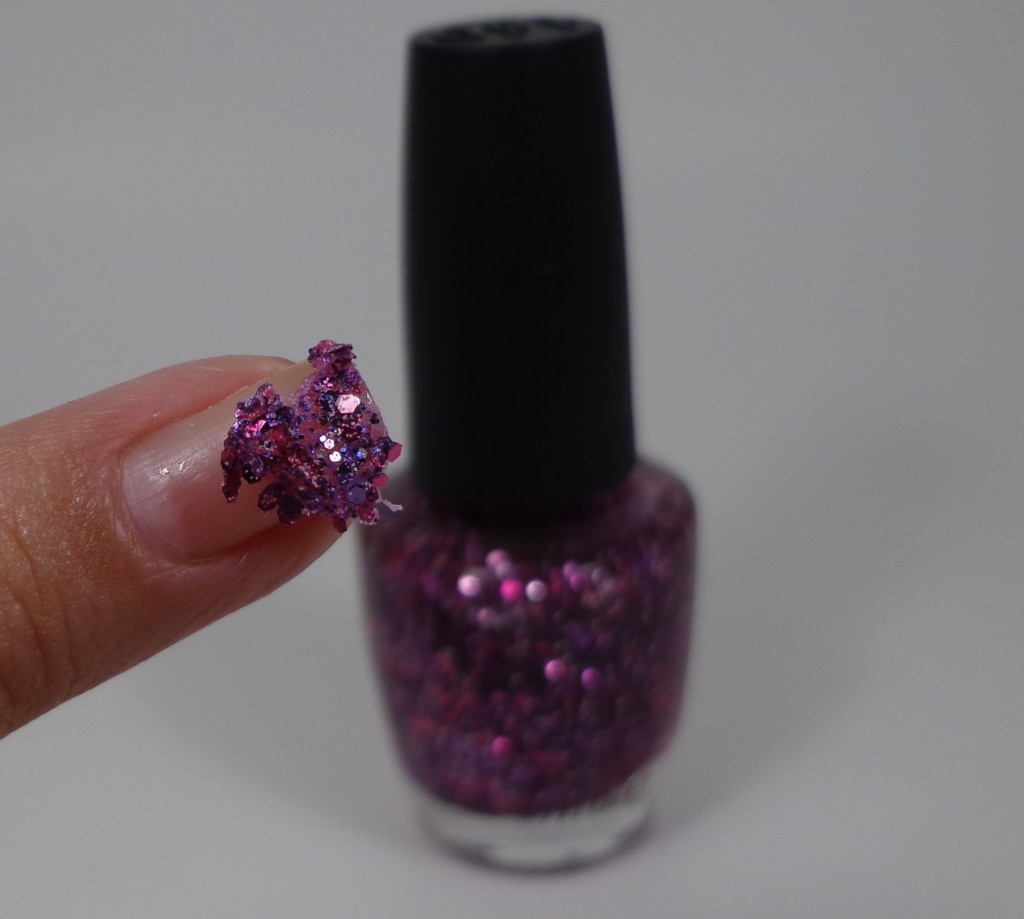 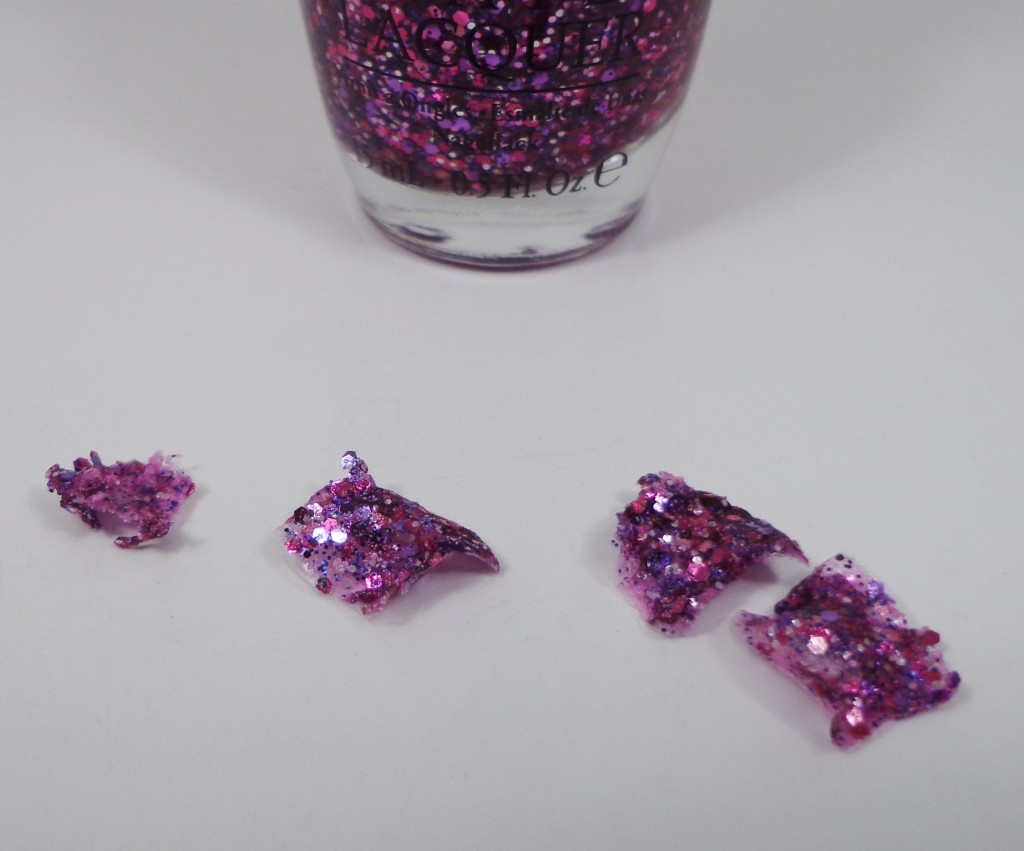 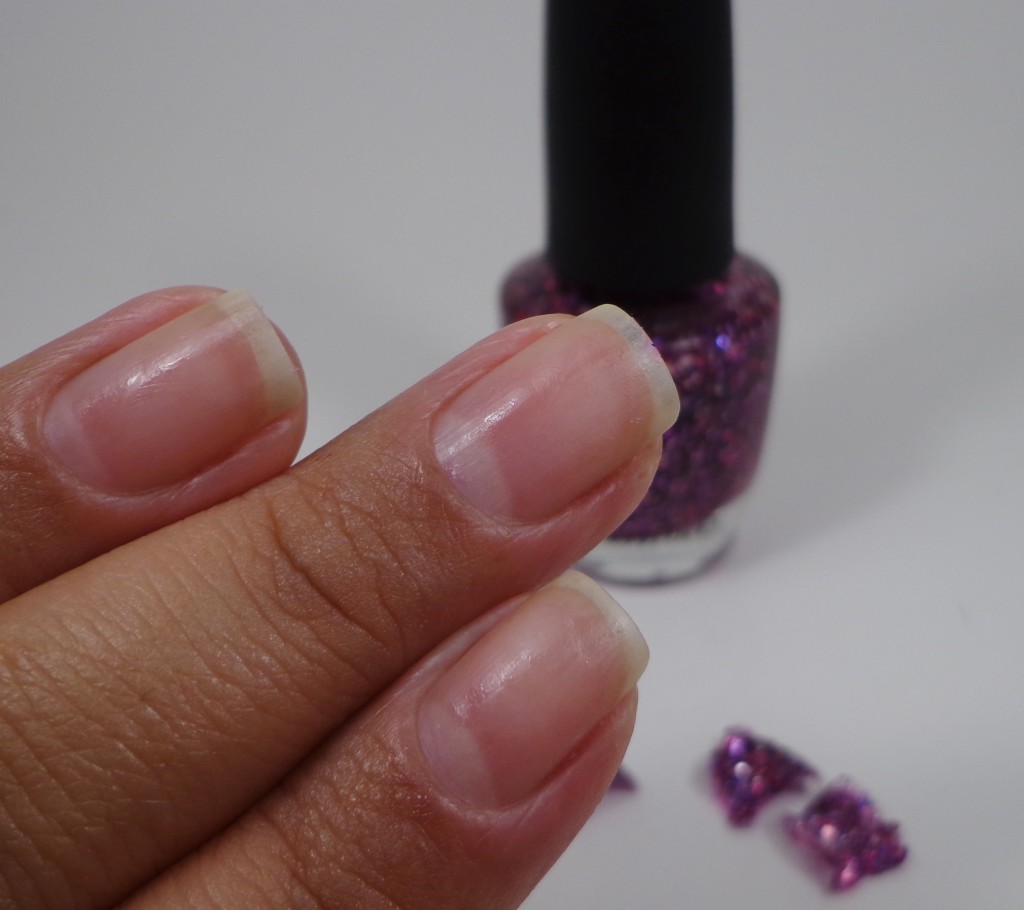 I found this base coat super easy to use. All you need is one coat, and you need to let it dry until it is completely transparent. After that, you can paint your nails with the craziest glitter ever and you won’t have issues with removal. I found that pushing the polish with an orange stick was an easy way to remove it. Initially I thought that the base coat would make my mani really weak, but I wore the same polish for 3 days and didn’t have any chipping or peeling. 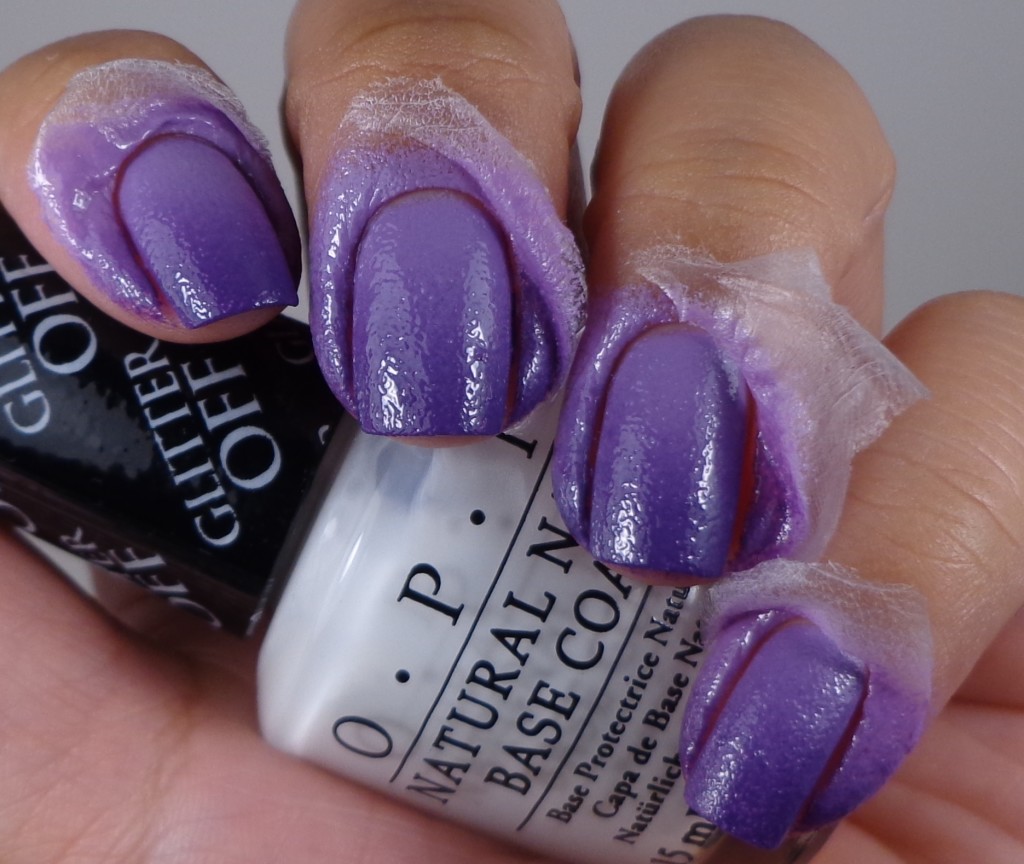 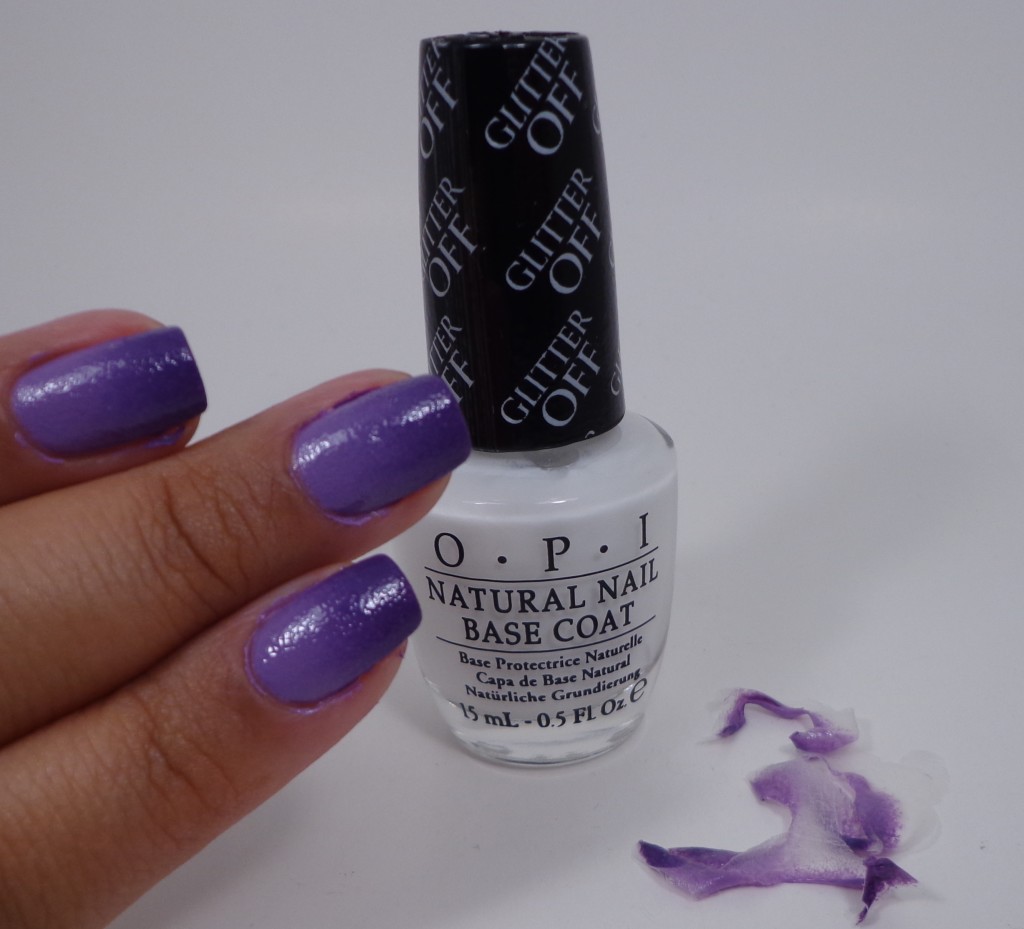 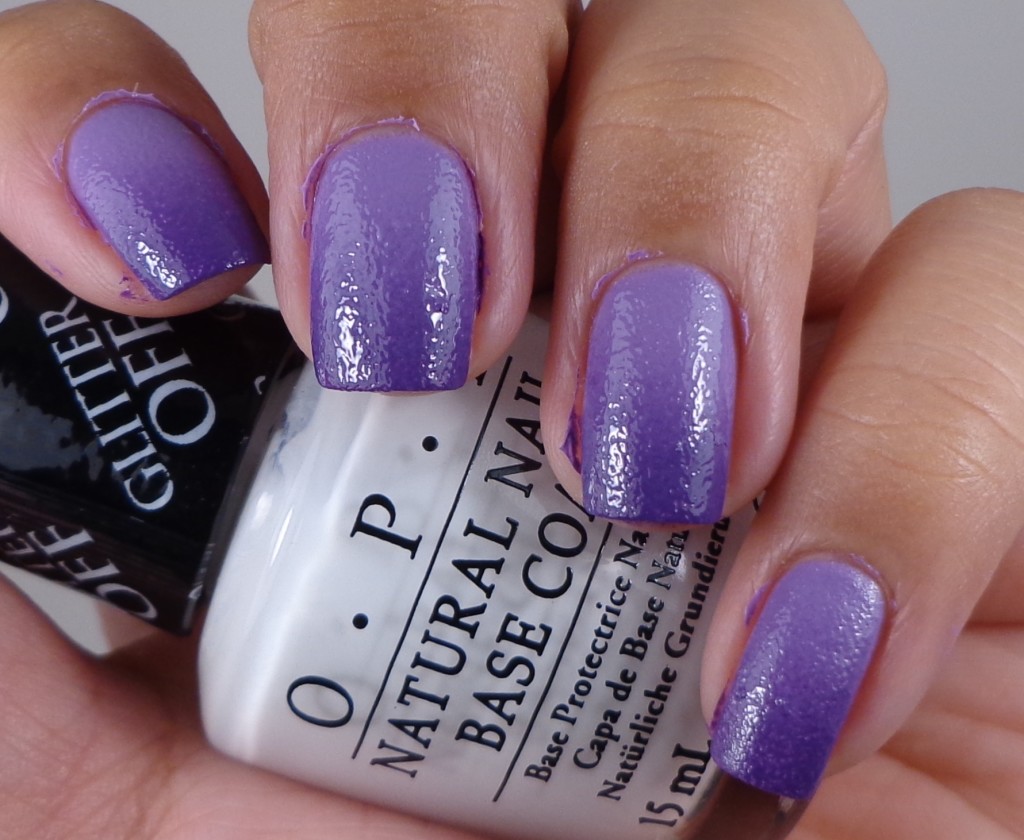 When I started experimenting with gradients again, I was lamenting the pain of clean up when a few people recommended using blue on my fingers to make clean up more easy. Well, since I couldn’t find my bottle of Elmer’s glue, I decided to use the Glitter Off Base Coat for this as well. As you can see by my pictures above, it does work well. Would I recommend using it like this on the regular? No! It’s too pricey to be used this way but if you’re in a pinch, it will definitely do.

So what do I think of this product? Uhm, I feel it’s pretty darn similar to the Elmer’s Glue/water mixture that a lot of people have tried out. I don’t think it’s a must-have product, but it definitely did make glitter removal a lot easier for me so I will keep using it and will probably buy it once I’m out–if I ever find it in store, that is. Have you used this product yet? What do you think? Is it something that you’d buy? It is a little pricey at $9 a bottle, but I do like it. Thanks so much for stopping by today, and I will talk to you soon!