You know the feeling when you finally find a polish you’ve been wanting but initially passed on because you were being dumb? Well, I finally found this beauty. I picked up Barielle Falling Star this weekend at TJ Maxx, and I was beyond happy. I actually don’t remember the exact price, but I think it was $2.99 which is a steal in my book..  I had seen this polish in a blue themed set of Barielle polishes that I had neglected to pick up and then they disappeared. I should know better than that because when cool polishes show up, they will disappear just as quickly so don’t ever hesitate because you will lose out.

When I got home, I immediately searched online for swatches and I was super sad about the reviews for this polish. I read a lot of reviews stating that this polish was an application nightmare: that is was goopy and gross and almost impossible to apply. I armed myself with my bottle of thinner and was determined to make this polish work. Normally I am heavily against the idea of thinning a brand new polish, but if the reviews were accurate, this baby would need a whole bunch of thinner. 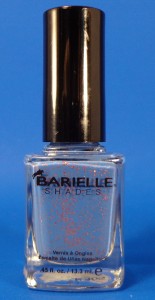 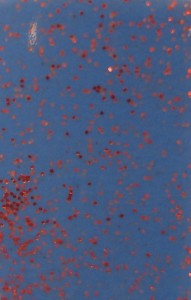 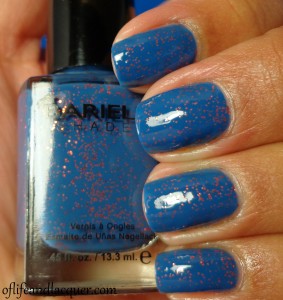 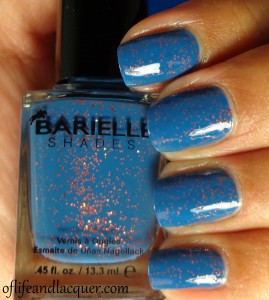 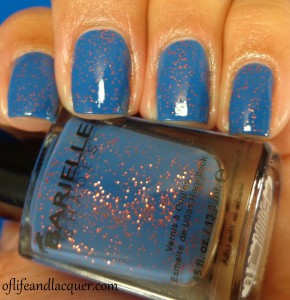 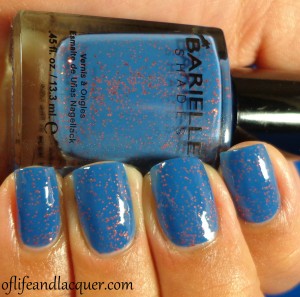 I normally don’t post this many pictures for just one polish, but I actually really love this shade of blue. It was an antique and dusty feeling to it and I adore the copper/pink glitter. Even more amazing, the glitter doesn’t get lost in the base color despite the color being so pigmented.  As far as the formula is concerned, yes it is thick and can get unruly and goopy in an instant. I added quite a few drops of thinner and found that the formula improved tremendously.

So what do you think of Falling Star? Is it a color you would wear? I honestly can’t think of any other similar color in my collection so I’d love to hear if you have any dupe suggestions.

If you haven’t entered yet, make sure that you check out my post here with the information for my latest giveaway which features two mini sets of Jessica Cosmetics polishes.

Thanks for stopping by and catch you later! 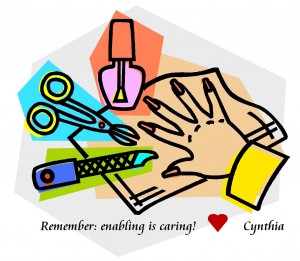