A few year ago, I was a Sephwhora. What is a Sephwhora, you ask? Well, it’s someone who basically lives a Sephora. I loved going every week and blowing at least $100 each trip–ahhh the joys of having disposable income. Oh how times have changed! However, I find myself much happier today even if my income isn’t where it once was. I also find that I am not as interested in buying tons of cosmetics anymore since I basically just wear concealer, blush and lip gloss…and let’s not forget the eyebrow products! I finally took the plunge and decided to try out the Anastasia Dipbrow pomade so I’m super excited to see if it’s as good as everyone says it is. While I was at Sephora, I also picked up a new polish: Formula X Pedal To The Metal. 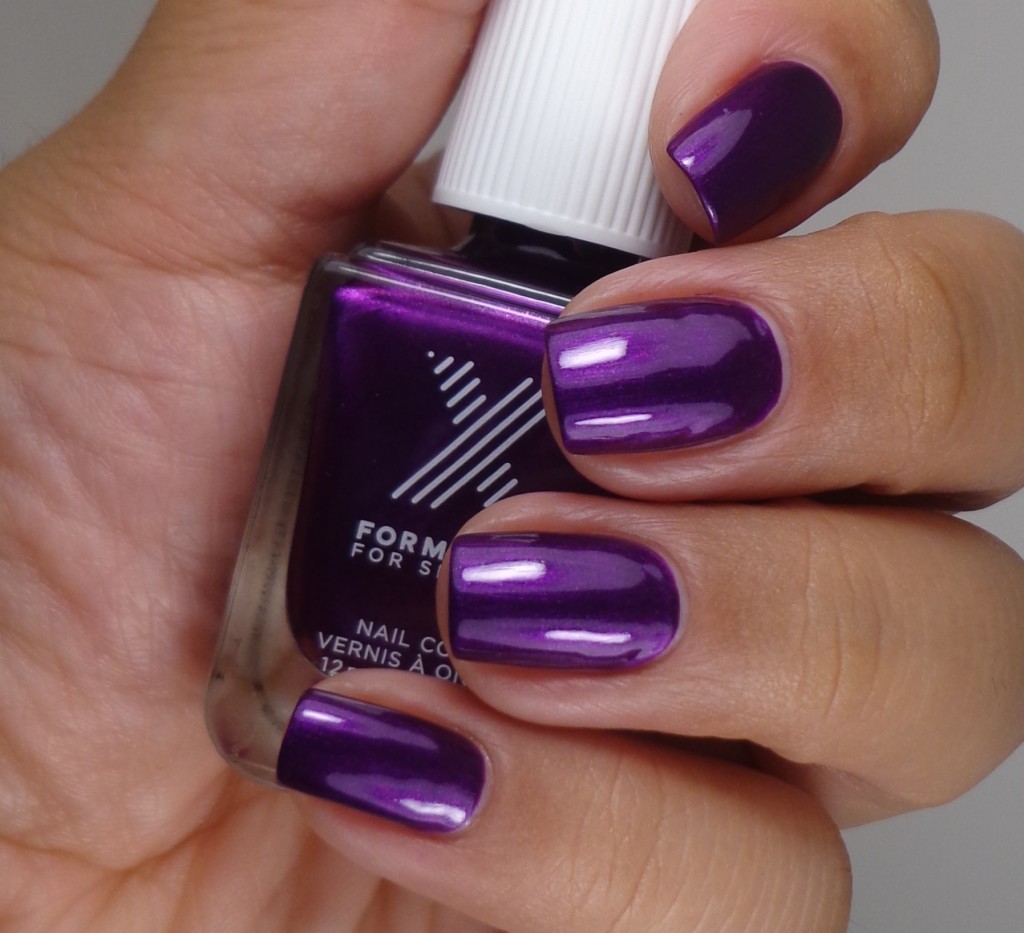 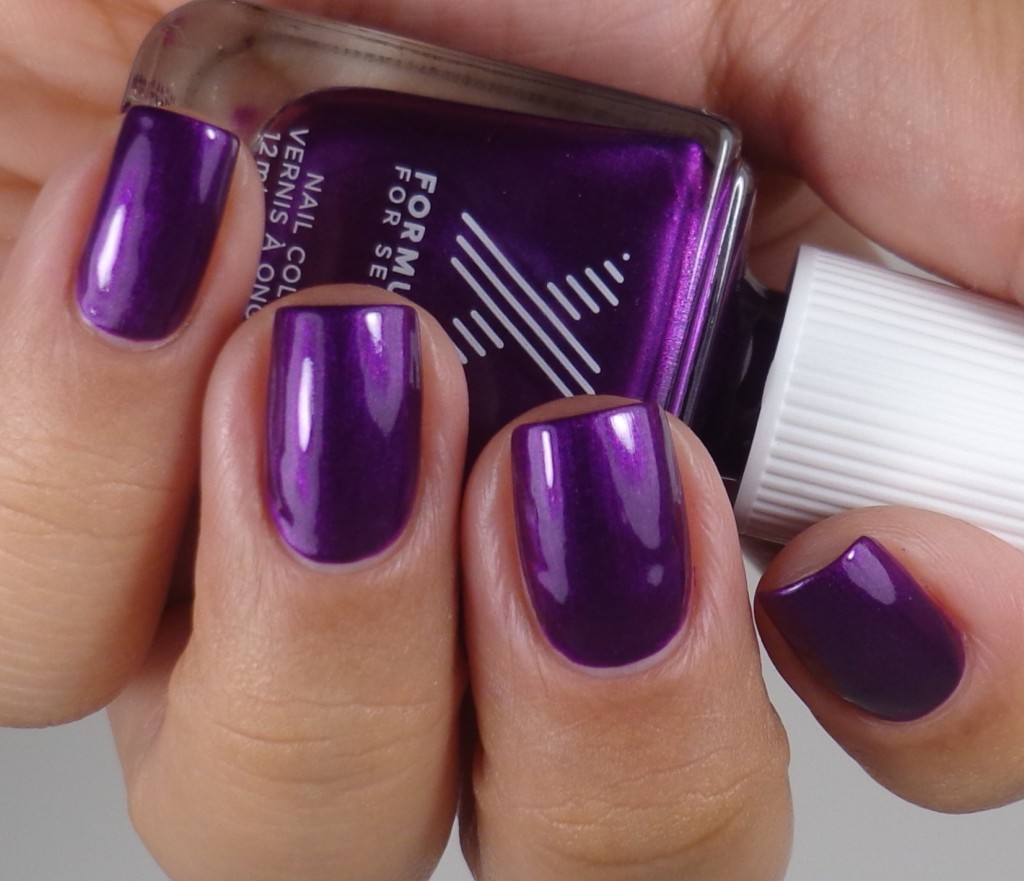 Sephora Formula X Pedal To The Metal is such  gorgeous red leaning purple that is shimmery and metallic in finish. The formula was nice, but I did find that it dried very quickly so it was easy to overwork the polish. It is fairly opaque so you only need two coats. 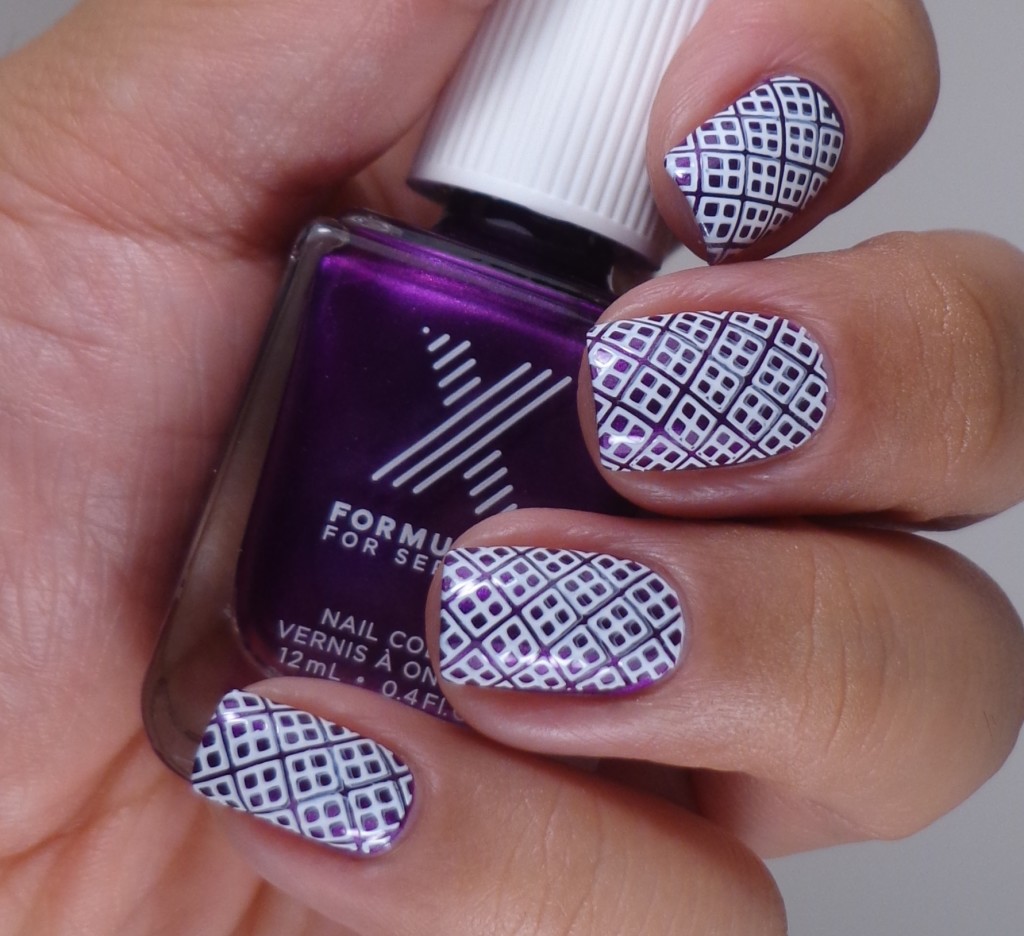 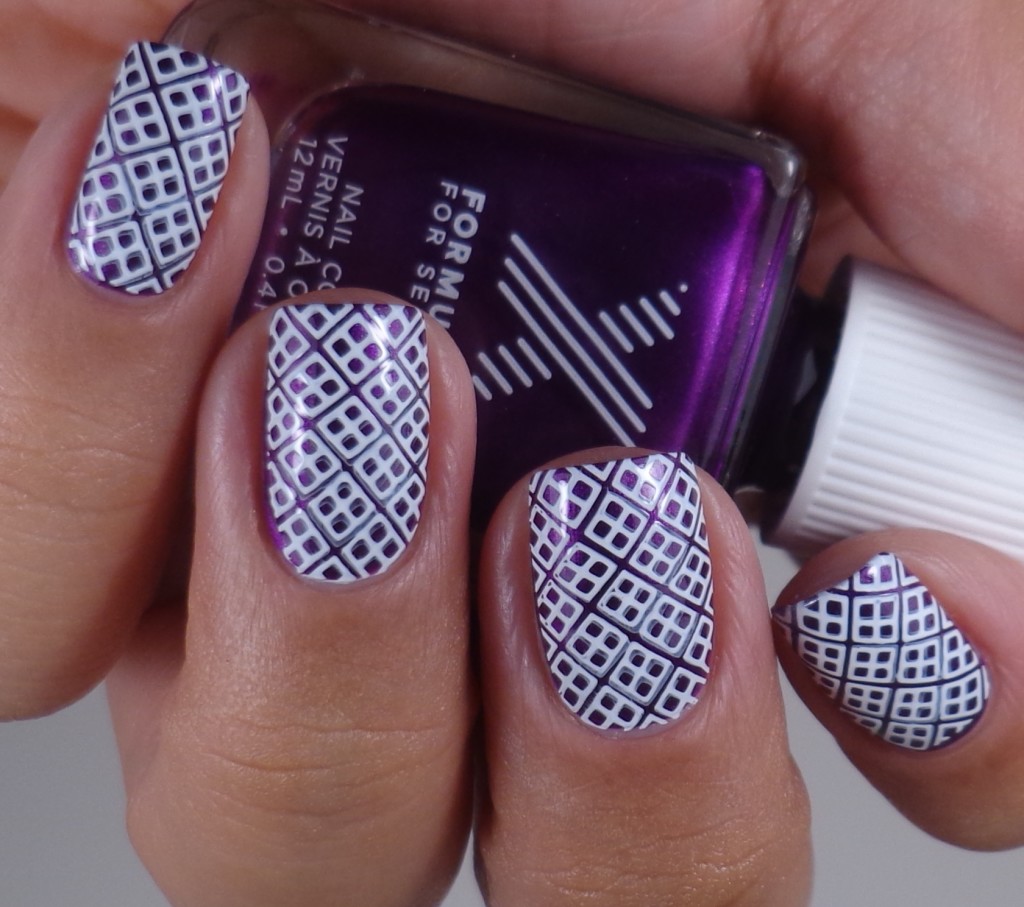 And then I used one of my MASH plates, Mash 46, for this busy design. I wasn’t too convinced that I liked this but it has grown on me.

So what do you think? I’m liking the mani overall even if the design does cover up most of the polish. I’m going to cut it a little short today because I need to hurry up and get ready because I’m going to the fair today with my bro, sil and little peanut. I bet he’s going to really enjoy it and hopefully I’ll have a funny picture of him to share. Thanks for stopping by, and I will talk to you soon!

I seriously feel like I need to tone it down. This is the second week that I create something for the group Adventures In Stamping and it’s a big fat fail again. I don’t know what it is about challenges, but it seems that I come up with the tackiest ideas ever. I don’t even know what I imagined anymore when I came up with this monstrosity, but at least it wasn’t as bad as last week’s look…at least in my opinion.

I started out innocently enough with China Glaze Exotic Encounters. I don’t know how many times I have said this, but the On Safari collection blew me away. I was really excited when the promo pictures came out and after I got them, they were everything I had hoped for and more. Kudos, China Glaze. “Well done. Whoo, whoo, whoo !” à la Julia Roberts in Pretty Woman.

The next step was taping off my nails in a diamond pattern and I used plate MASH 46 for the design and Wet N Wild I Can’t Stand Up Straight for the stamping polish. I should have taken a picture of that before I went ahead and added the glitter but I spaced out and forgot. It actually looked interesting before I added the glitter. This Dare To Wear glitter called Disco Ball and it is full of different holo glitter shapes. I think it will look very pretty over a dark base.  Once again, I’m not thrilled with this manicure, but I like it a little better than last week’s.

Hope you’re having a nice Sunday! Let me know what you think of my stampicure.