I was feeling so shitastic last night that I passed out fairly early. Then this morning I woke up feeling as if I had consumed a bottle of Tequila the night before, but I had to soldier on and get ready for work. By the time I got to work at 6 am, I was feeling a little better but then my foot started to bother me. It’s been throbbing a lot and it feels swollen so now I’m thinking I should definitely go to the doctor just so they can check it out. My co-worker felt it would be funny to show this to me: 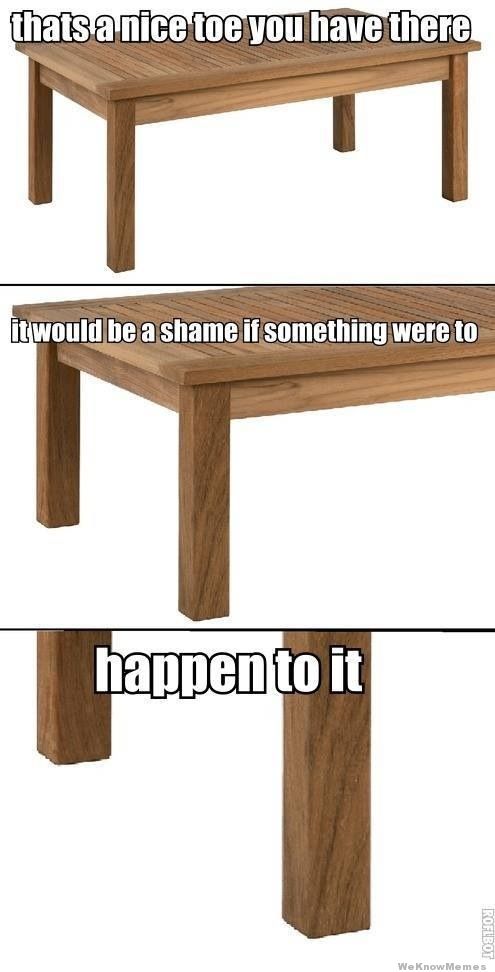 You know what? It is pretty fucking hilarious and so accurate so props to him. The one saving grace of my crappy morning is that work was fairly slow as we were actually adequately staffed…yay!  I am glad that I got my mani for Stamping Saturdays done a week in advance because I am feeling super lazy today and probably would have missed posting this week….I am super late as it is but I guess it’s better late than never! 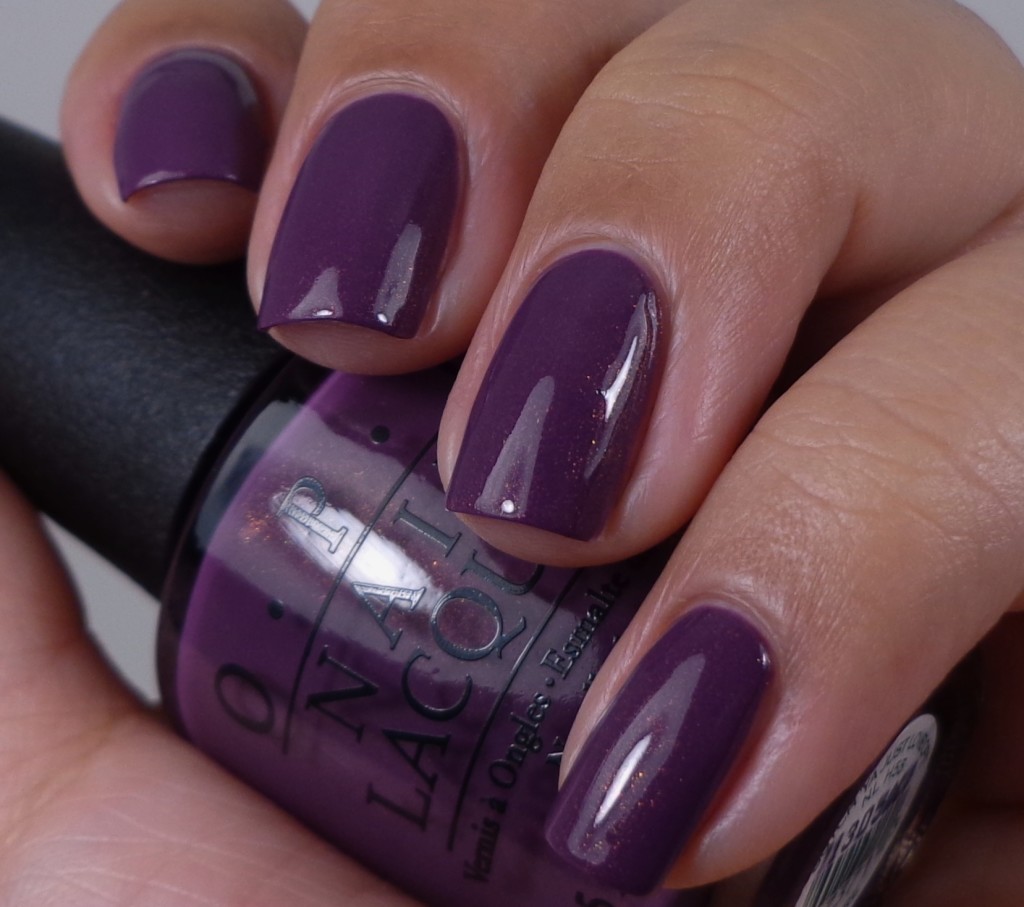 I started out with two creamy coats of OPI Dutch Ya Just Love OPI? I love this color and love the collection it came from! 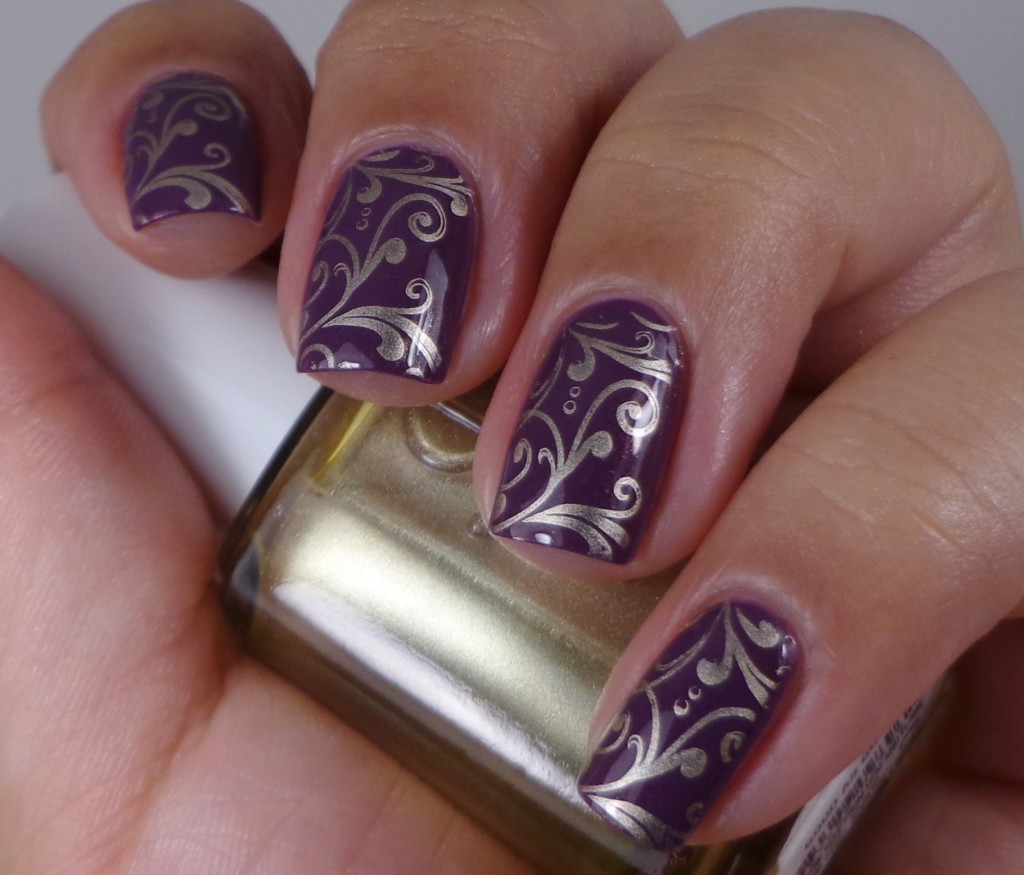 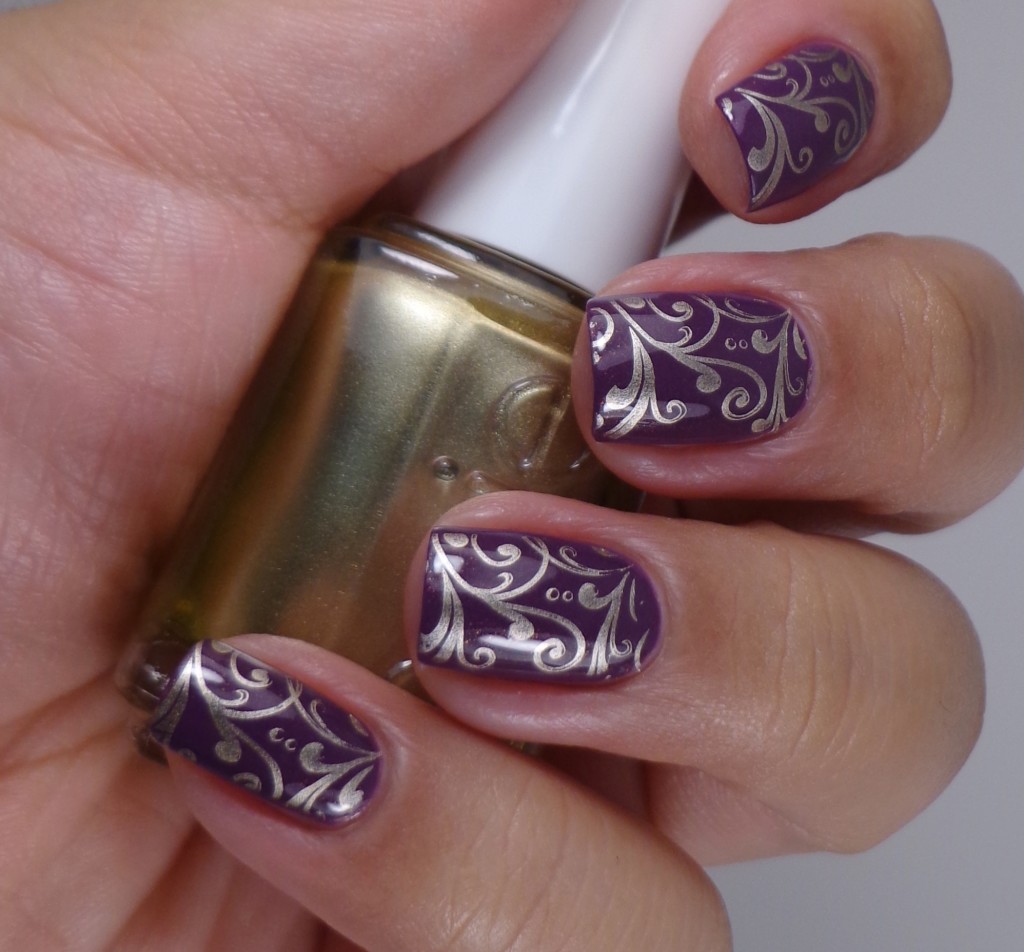 I then stamped this designs from Bundle Monster plate BM 314 with Essie Good As Gold. I know that I use the Essie Mirror Metallics quite often for my stamping, but they are just fantastic stamping polishes.

So what do you think of today’s stamping mani? I’m liking it but it’s definitely not one of my favorites. I hope to come up with something really cool for next week because I just received my MoYou plates. You have no idea how excited I am to have gotten them!!! Thanks so much for stopping by today, and I will talk to you soon!

I don’t know about you, but when you buy as much polish as your average nail polish fanatic, you are constantly on the lookout for sales. Just look at the great success of Nouveau Cheap! I love that blog because it fills me in on all the affordable cosmetics and drugstore sales. I know a lot of people stocked up on Sinful Colors despite the PR nightmare that ensued when they were caught using bloggers’ photos without their permission. Taking it one step further, they manipulated the images onto their models and incorrectly described the process of achieving the look. I find it rather tasteless on their part, and hope that they do right by the affected bloggers.

On my cheap polish quest, I found myself at Ulta a couple of times this week…and by a couple I mean I visited 3 Ultas in my area trying to find good deals. I had noticed that Essence polishes were being put on clearance and that the images of their bottles were different on the website so I figured they were trying to get rid of old stock. Well, tickle me cheap…I was all over that. I ended up purchasing all the colors I could get my hands on and they ended up being around $.79 each. Score! Today I found a few Zoyas on clearance including one of the flaky topcoats, Chloe. Woot! Major score. One of the polishes I purchased today is You Belong To Me which I decided to wear as soon as I got home.

While it’s not very noticeable in the bottle nor in my pictures, You Belong To Me has the faintest shimmer which makes it look so beautiful. The formula was ok…not really problematic but I needed a third coat to smooth it out.

I really like how delicate my nails look with this stamp design. I used BM 314 and my favorite WNW Silver for stamping called I Can’t Stand Up Straight. Does anyone have any recommendations for a cheap silver that stamps really well? Upon closer inspection, I think this design looks arachnid-like and it’s kind of freaking me out.

I was feeling really lazy tonight so I didn’t feel like cooking dinner. Instead, I made my special tuna sandwich: tuna, mayo, mustard, lettuce, tomatoes, pickles, swiss cheese and slices of hard-boiled egg. Egg?!? Yes, egg. You have no idea how delicious it tastes. The creaminess and richness of the egg adds a whole new level of yumminess to this sandwich.

I don’t even know how many times I’ve talked about The Girl With The Dragon Tattoo on this blog, but I’m going to do it again because I have a major girl crush on Noomi Rapace. She is such a crazy badass in these movies. If you have Netflix, the full Swedish trilogy is online and it has like 2 extra hours of content that was edited out when they were released in the US. And yes, I’ve been watching the movies all over again. lol

I hope you’ve had a good and relaxing Saturday! Thanks for the visit and let me know what you think of my “spider nails.” hehehe

P.S. Do you have a preference for the picture size on my blog? I’ve made the images smaller for this post instead of using the full-sized images. What do you think?

Did you know that the hydrangea is the 4th wedding anniversary flower? I didn’t. I didn’t even know there were “anniversary flowers” to begin with. Who comes up with this stuff? I mean, isn’t it completely arbitrary? Maybe I can start saying that a can of Hormel Chili is the new 1st anniversary present. Forget the whole “paper” thing. I mean, what’s more romantic than a can of Hormel Chili? Despite my annoyance with certain weird traditions, I have to admit that hydrangeas are gorgeous.

Hydrangea Kiss is the only color that I purchased from the Color Club Spring 2012 Blossoming Collection, and I don’t know what really attracted me to it. Yeah, it’s pretty but is it really unique? Not really.

I don’t know if it’s the same with other polishes from this collection, but I found that the formula was a little thin and sheer. The first coat was seriously like a wash of color on my nails. I ended up applying 3 coats because the second coat dragged a bit, and I had to even it all out. It’s important to let the polish dry a bit in between coats to avoid this.

Are you surprised that I did more stamping? I used a design on BM 314 to stamp the area between the silver striping tape. I bought my striping tape on eBay, and it doesn’t seem to stick very well. I wonder if maybe the heat from the trip from Hong Kong made the glue go bad. It was definitely a pain to manipulate the tape, and it was almost curling up on a couple of areas. Ugh! Still, I really like how this turned out.

Did you purchase any colors from this Color Club collection? What do you think of these nails? Let me know what you think about this and my Hormel Chili idea.