I’m going to tell you a story today. When I was in my late teens, I met one of my best friends in the whole world. We met the first day of college in 1997 (fuck we’re old) in French class. He walked in and I was reading a book. He asked me if this was French 200 and I looked up and said yes and went back to reading my book. Later on he told me he thought I was a total bitch. Hey, maybe I was but whatever–we became friends. In our early 20’s I got the idea what we absolutely had to climb Mt. Kilimanjaro and it seemed like a feasible idea since we were both working for Air France at that time. We made plans to go before our 30th birthdays, but then life happened and we never made it. We’re in our mid-30’s now and still talk about going, but I don’t see how that’s going to happen. Daniel hikes and does a lot of physical stuff while I’m terribly out of shape and can’t climb a few flight of stairs without getting tired. So what did I do when I couldn’t get to Kilimanjaro? I reached for Everest…yes, my Everest of nail techniques: watermarbling. I’m a swatcher at my core so “nail art” has never been my forte, but I try to do some creative things which is why I am so into the Stamping Saturday series. I’ve been trying to figure out watermarbling for the last year–no joke. Every time I have tried it, it has been such a hot mess that I get frustrated and forget about it for a couple of weeks until I get the idea to give it one more shot and end up with the same horrible results. This has been my routine for the last year–isn’t the definition of insanity  doing the same thing over and over and expecting a different result? SHUT IT!! Anyway, something clicked last week. I did my first successful watermarble and documented it on Instagram:

After that experience I got a little cocky. I thought I was a watermarble queen and decided that I would now try to do the decal method since I hate the clean up that is involved in the traditional method even when using tape, glue, latex, etc… If you don’t know what I’m talking about, this is a video from Yagala on IG that shows the method in action:

Pretty amazing, right? Well, it started it out well enough for me anyway. I used three OPI polishes for my watermarble because I have found that they work really well for me. In fact, I haven’t found a single OPI creme that doesn’t watermarble beautifully. This was my decal after I pulled it out of the water and let it dry: 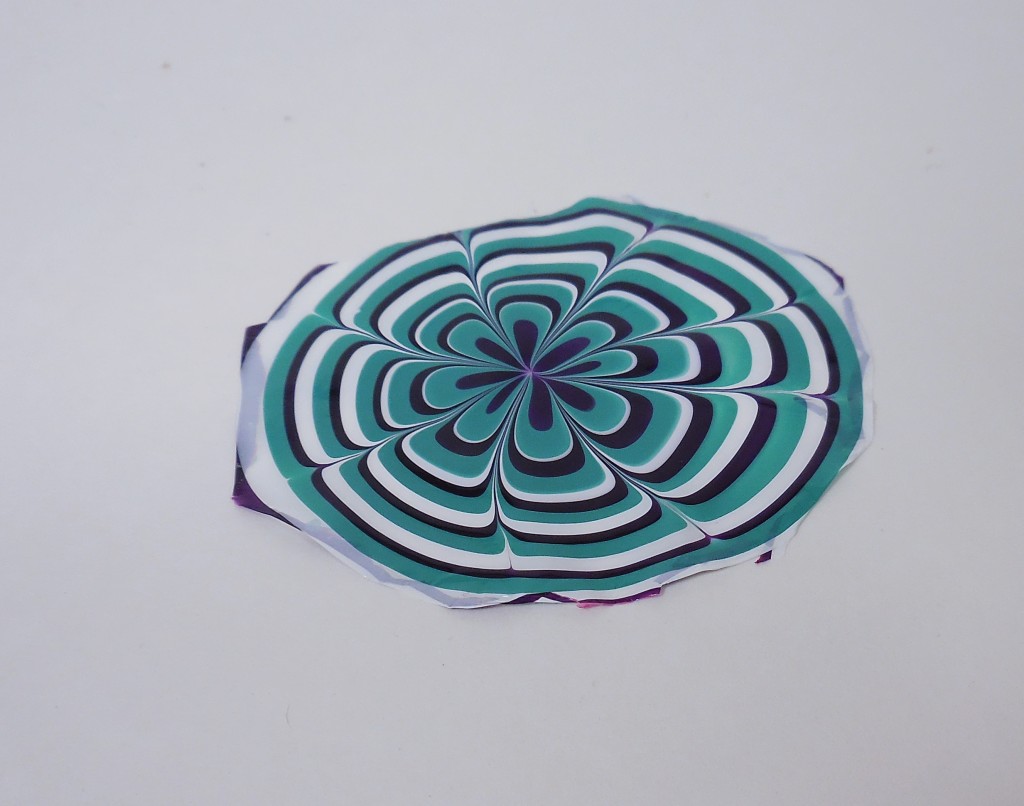 Pretty, right? Once I had my decal done, I basically cut it up into 4 pieces, painted my nails white, and lined up each piece on my nails while the polish was still tacky and kind of cut off the excess. After all that, I still had to do some minor clean up and then top coated everything with Seche Vite. 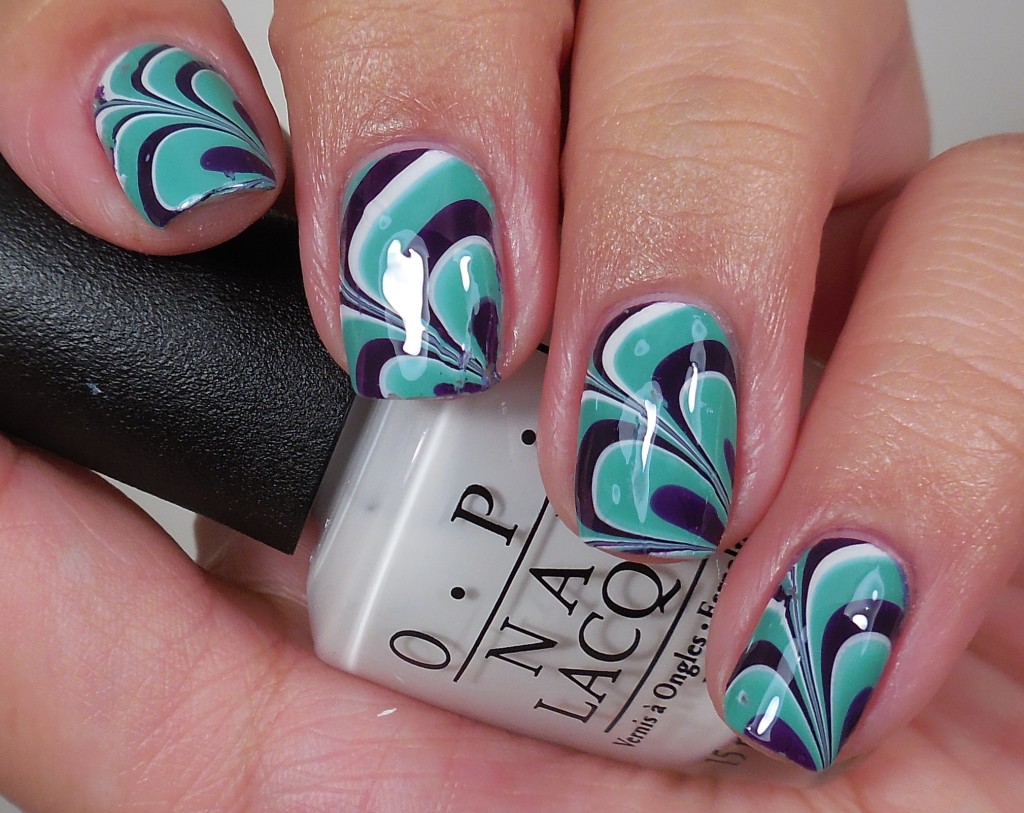 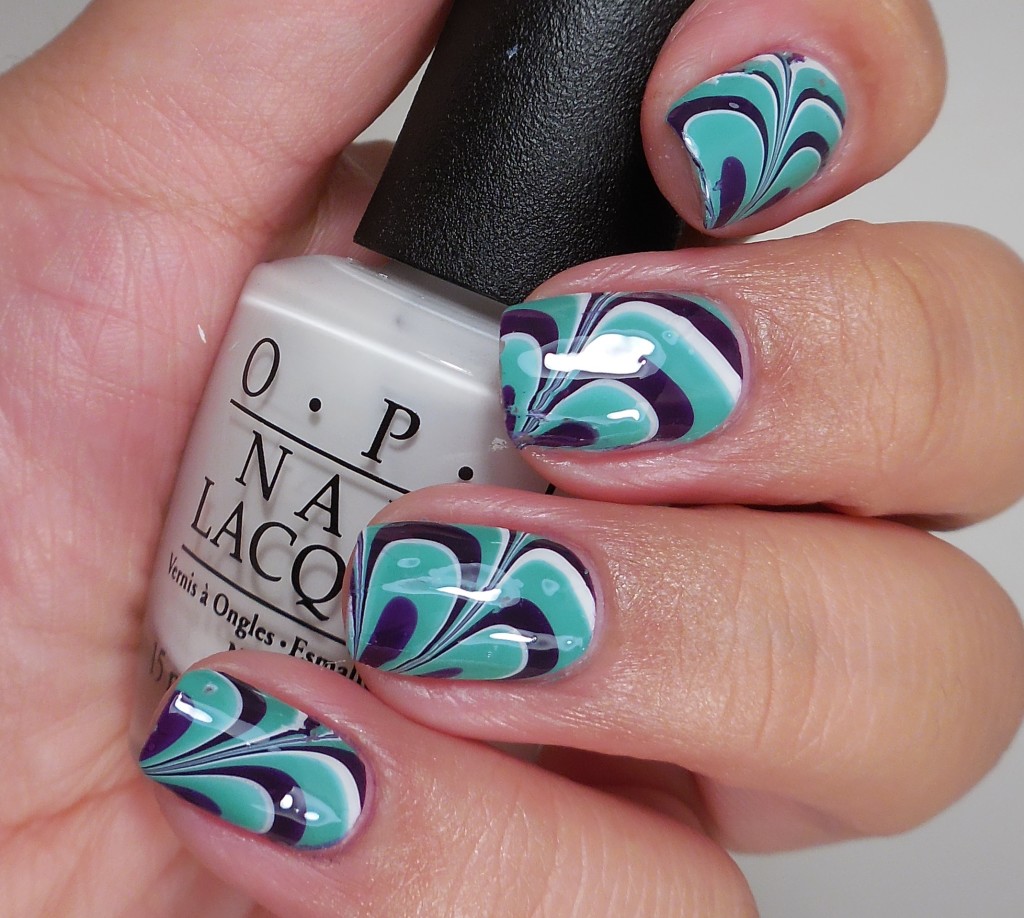 It’s not too bad, but I also don’t think it is that pretty or neat. I kind of smeared the design in certain areas while I was pressing the decal on my nails and that really annoyed me. I really wanted it to be perfect before I posted it on my blog, but I guess it just isn’t meant to be. I think that it looks nice from far away, but you can see all the fails up close. In the immortal words of Cher:

For me, this is the equivalent of getting altitude sickness at Everest Base Camp. Womp womp. Watermarble, I don’t know why you hate me so.

I don’t know if I’m done with you yet, but I think I am ready to move on for a bit. I can’t take the disappointment anymore. What are some of the techniques that you just can’t master? Do you have any tips for me? Thanks so much for stopping by today, and I will talk to you soon.