Ever since yesterday morning when I was offered a job, I’ve been walking on sunshine. I know I mentioned it already, but not only did I get a job but I also won a giveaway–my head was about to explode like Austin Powers’ Femmebots.

I even went and bought some lotto tickets because you just never know! I am on a roll here and wouldn’t that be kick-me-in-the-crotch fantastic? Before I get into the fun that has been going on since yesterday morning, I wanted to share the one polish I bought to celebrate. While this might surprise certain people *cough* Frosso *cough*, I only bought one celebratory polish, and I decided to go all out: Dior Lucky. 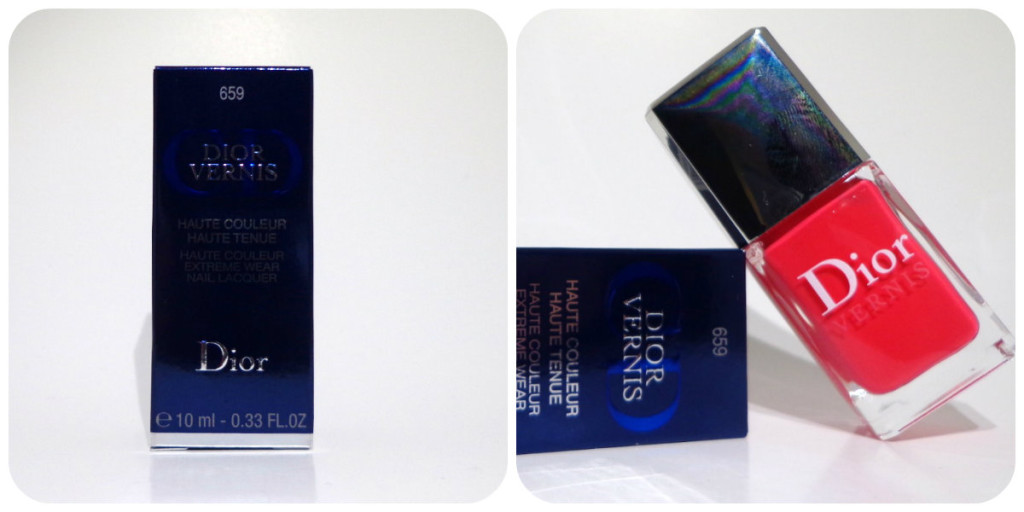 Normally, I would never consider purchasing a polish for $23, especially when it’s only .33oz! Besides loving the color, of course I loved the name because I am definitely a lucky girl to have so many things start to fall into place after such a putrid year and a half. Dior Lucky is a “hot pink coral” as described by Dior, but I find that it leans red in certain lights. I am a huge fan of these neon-leaning shades even if we are in the middle of winter. 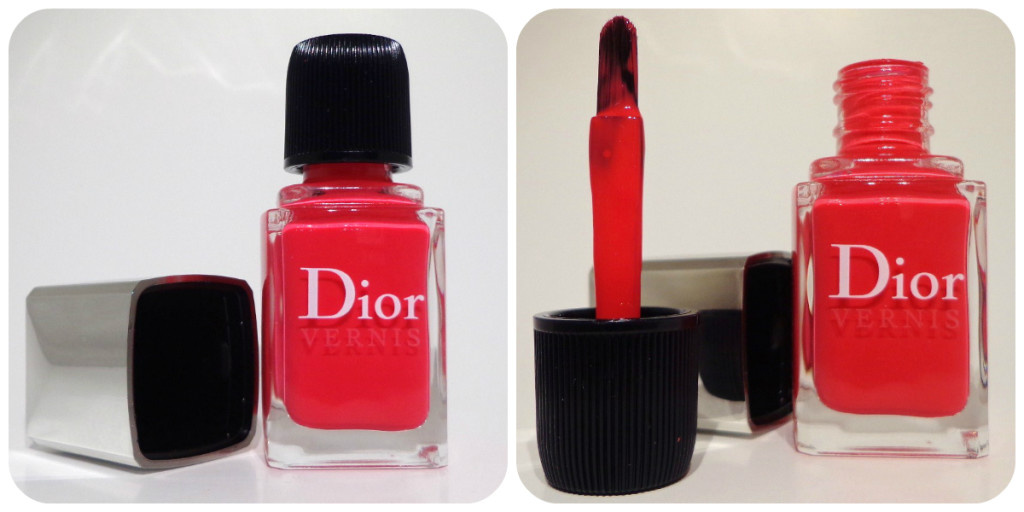 Since this is my first “luxury” brand polish, I was very curious about the brush. Well, let me tell you that I am in absolute love with this brush. It’s wide and has a rounded tip and it fans out PERFECTLY to apply an even coat of polish. I think this brush might just replace my favorite OPI pro-wide brush! 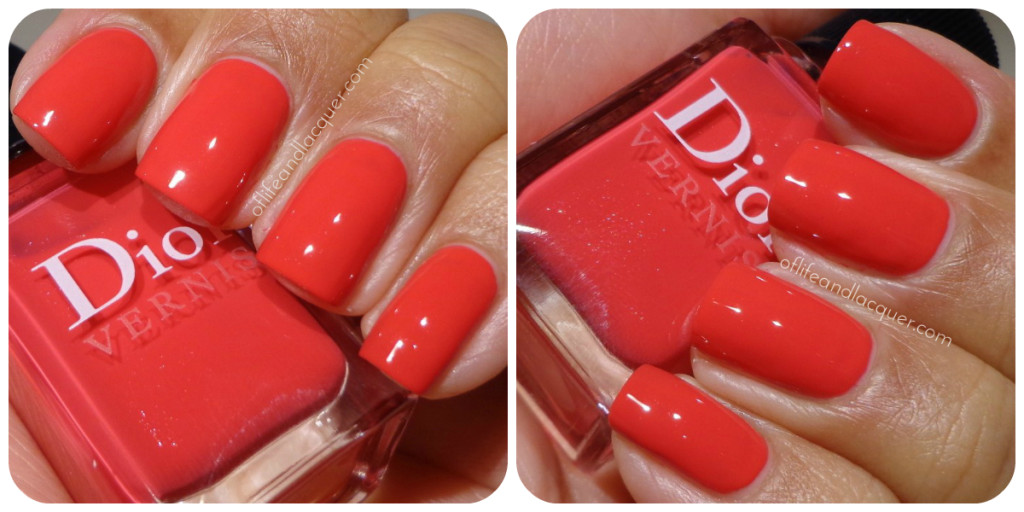 Look at Dior Lucky in all it’s glory. The formula was perfection. It’s buttery, thin but not runny, highly pigmented and opaque at two coats. The formula seems to dry rather quickly which I appreciate. I did not notice this, but I saw the faintest hint of shimmer once it was under direct light. This color is so bright that it photographs like a neon. I am definitely happy with my first Dior polish purchase, but I do find them waaaaaaaaaaay too pricey and I don’t see myself spending this much on polish unless it’s  because of a special occasion…like any day ending in “day.” Just kidding…sort of.

Yesterday I ended up going out with one of my best friends to celebrate: we went out for a yummy dinner and cocktails and then ended up karaoke-ing our silly hearts out. Can you imagine how silly we looked doing a duet to ABBA’s Dancing Queen? Not only did we look like a couple of weirdos, but we also tried to do a little dance a la Muriel’s Wedding.

It was freaking awesome! We would have stayed out all night but she had to work the next morning so we wrapped it up at a decent hour.

Today, I spent the day with one of my other best friends. We decided to have a sushicoma day which looks exactly like this: 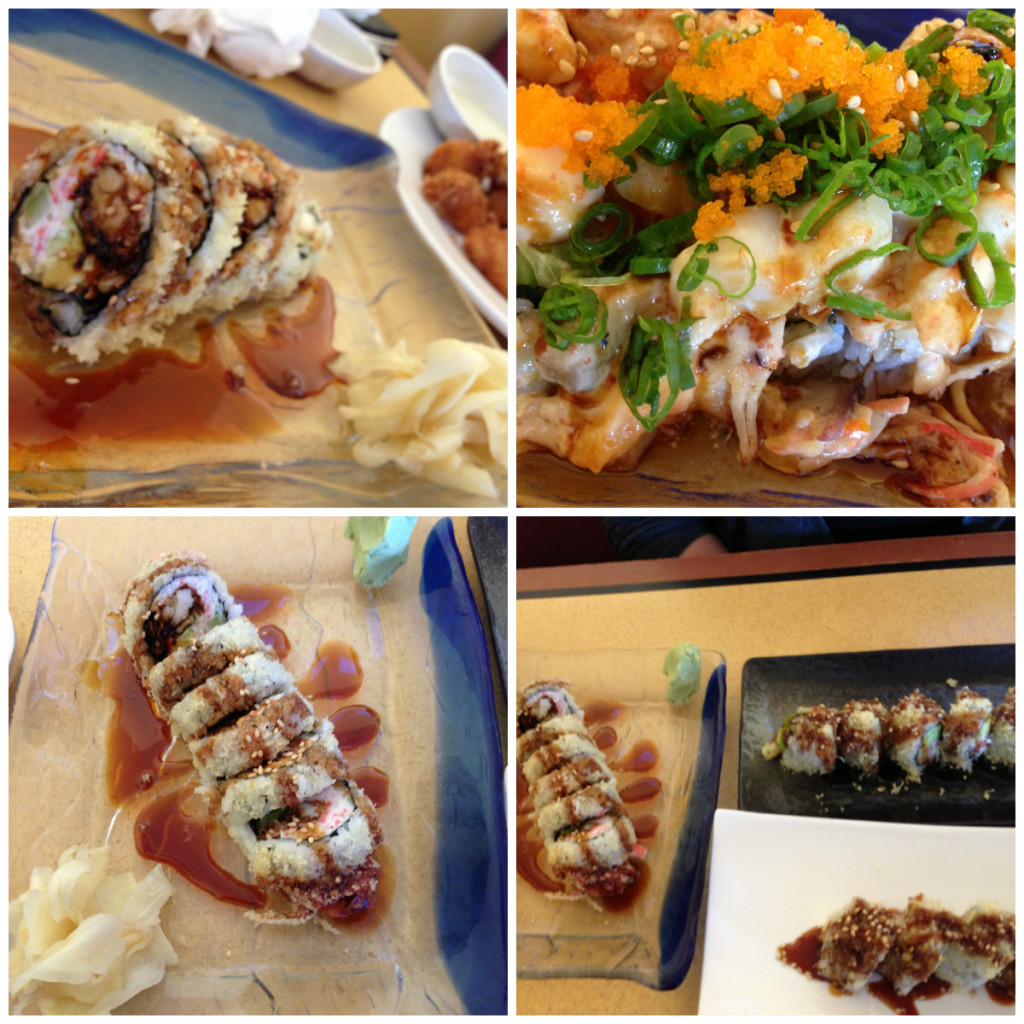 Yes, we are complete sushi pigs. I am in total love with this sushi place so it’s one of the only places I will go to when I’m craving sushi. Every time we walk in, the sushi chefs behind the bar yell out something in Japanese which I have now determined means “Prepare the sushi boats!” when they seem us walk in. Our waitress is consistently amazed at how much sushi we eat but she stays polite. I am sure she’s thinking we’re disgusting. Anyway, during our sushicoma lunch, I was telling my friend about my future plans for my blog and then I began to chastise him for not reading my blog. Our conversation went something like this:

Cynthia: “Ok, well what was the last post that you read?”

Enough said! After sushi, we went to the mall where I purchased some goodies including my bottle of Dior Lucky and other fun stuff. I really really wanted to ride the carrousel and get a balloon but people are so judgy!

After that, we ended up going to the beach to catch the sunset. There really were a lot of people out there despite the cool weather. There were a lot of surfers out in the water so I guess the waves were good! 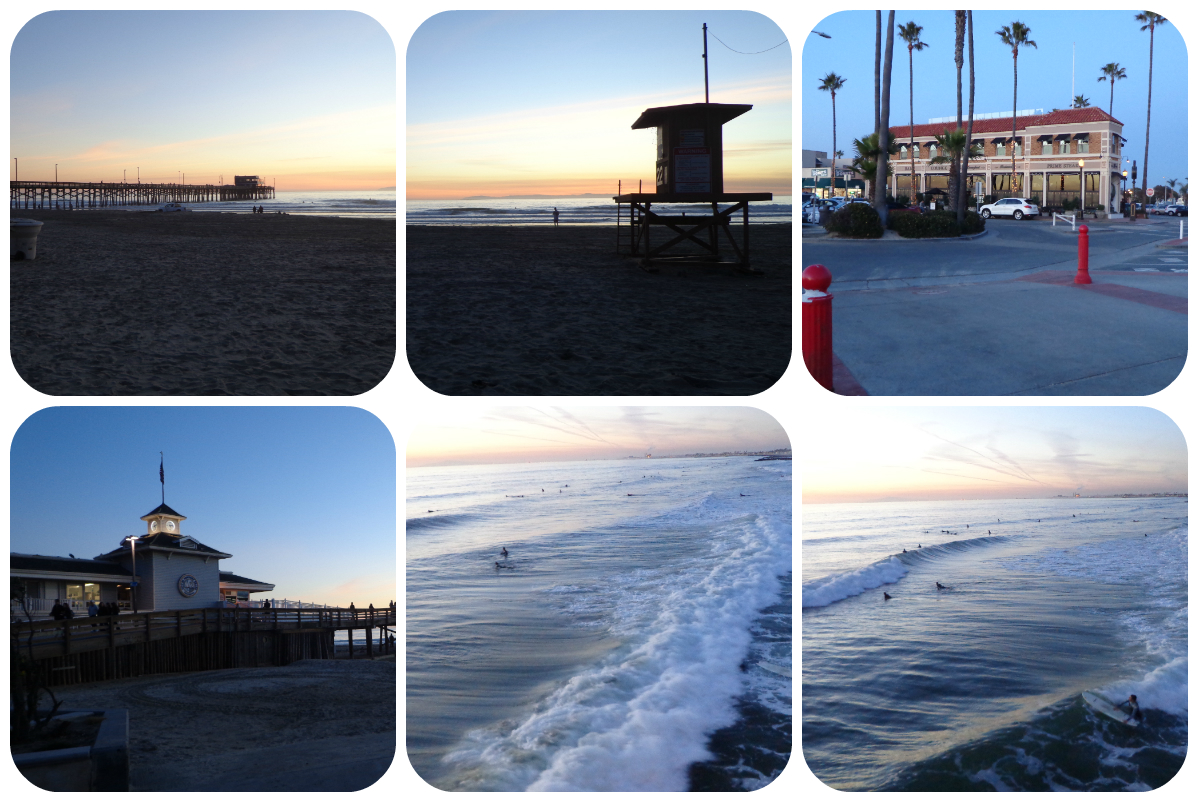 So that’s what I’ve been doing since I found out I got a job! There are so many awesome comments that I’ve started to read and I promise to start responding soon. Also, don’t forget to enter my giveaway for the awesome Sation polishes here. I love you all and I can’t tell you enough how much all your encouragement has helped me stay positive through this craptacular period of my life. Thanks for checking in with me today, and I will talk to you soon!