Getting ready for another day of heat misery sure is a process! But hey, there’s nothing to do except to try to stay cool so I’ll concentrate on that. I’ve been hanging out with Peanut and yesterday I had him choose what nail polish I would wear in a sort of “Peanut Picks” moment. I know I’m nuts, but I love this little guy so much. 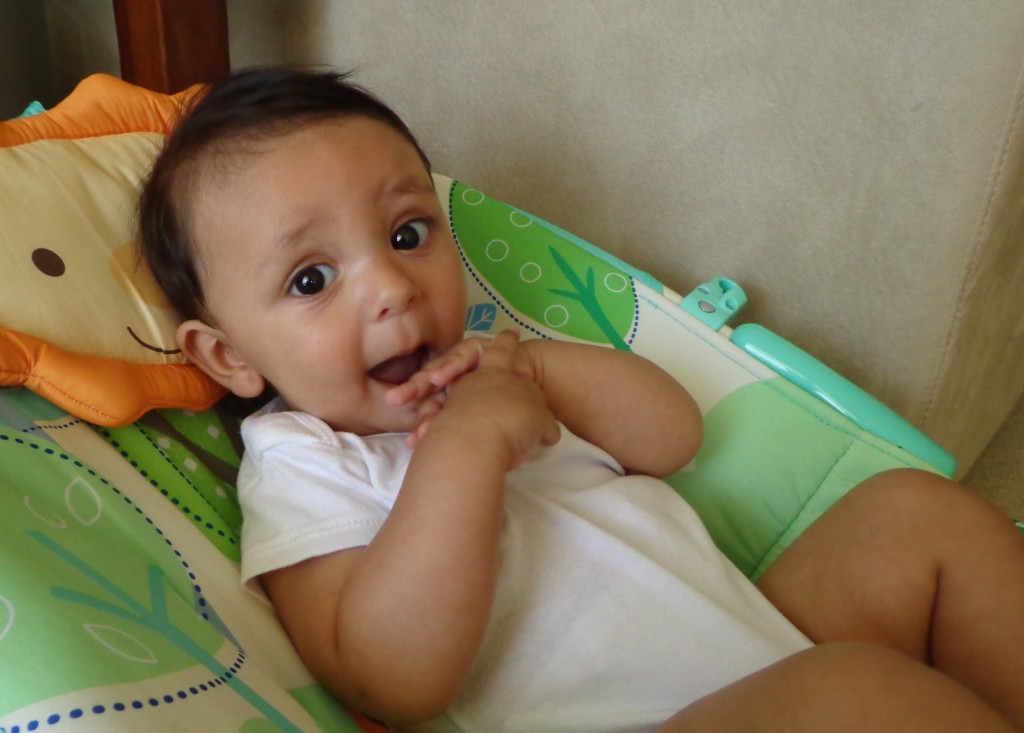 After I explained the whole process to him, he gave me this excited look. I mean, at 5 months old he totally gets what I’m talking about, right? Look how excited he is. It’s either excitement or he’s thinking about pooping. I placed 4 polishes in front of him to see which one he would “pick” so let’s see which polish won. 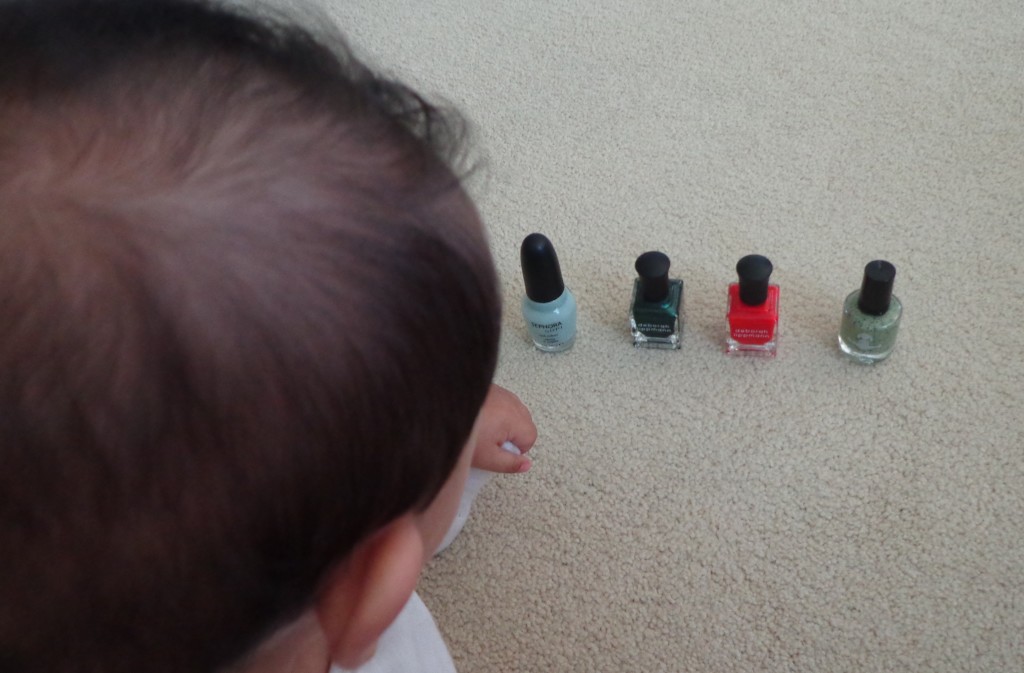 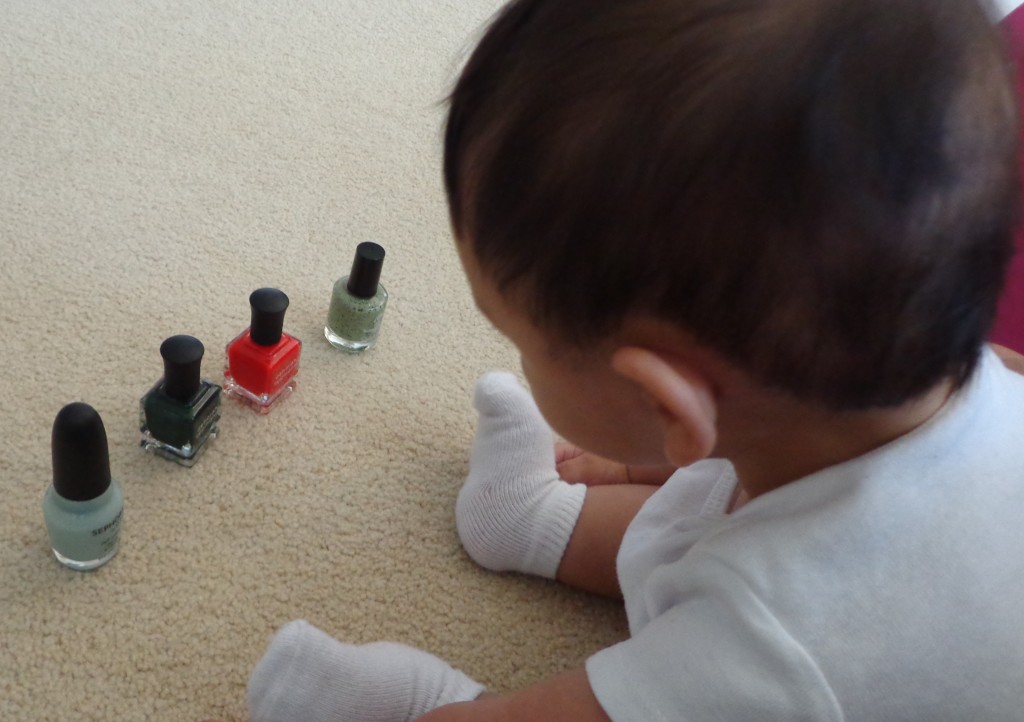 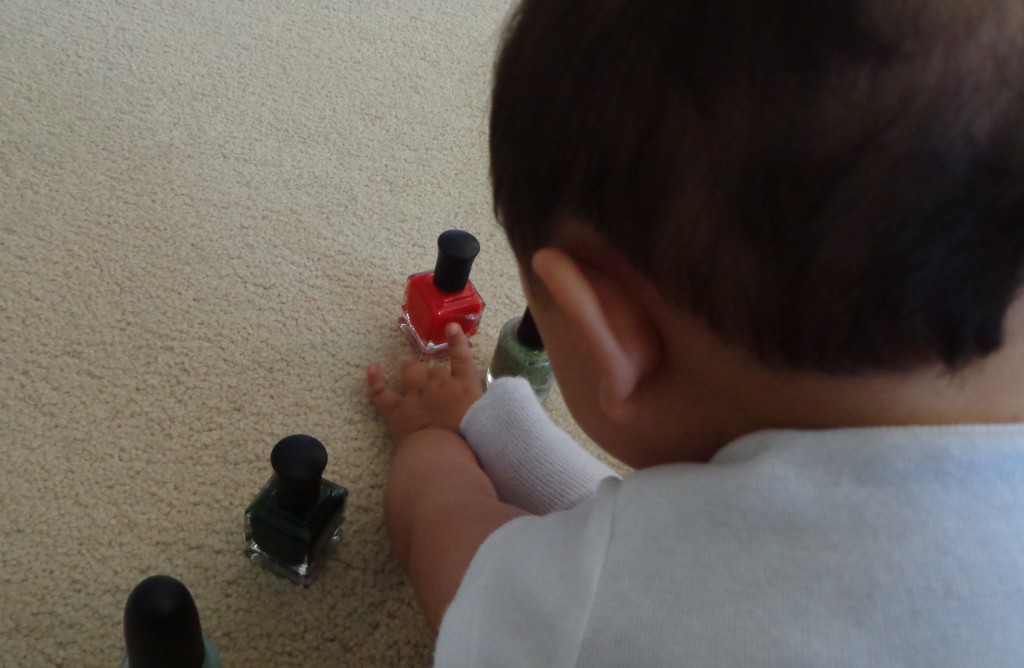 And the winner is…Deborah Lippmann Footloose! I kind of figured he would pick this one only because it’s the brightest one in the bunch. 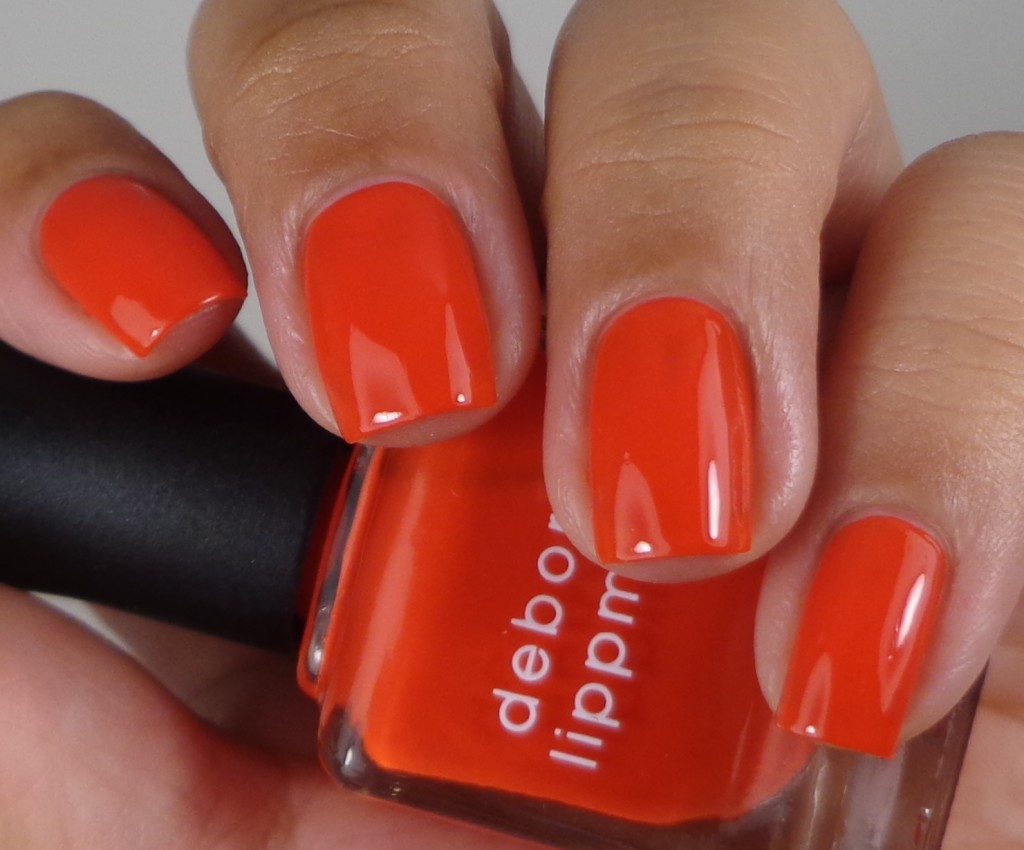 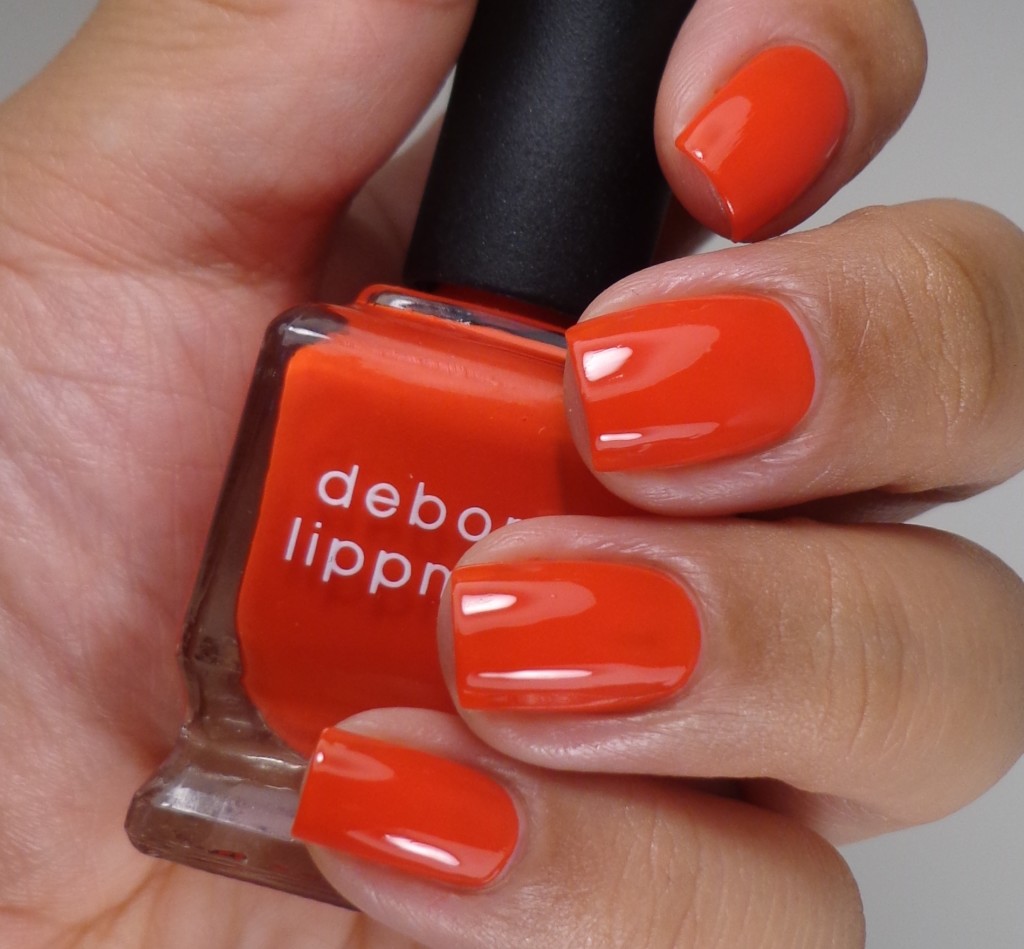 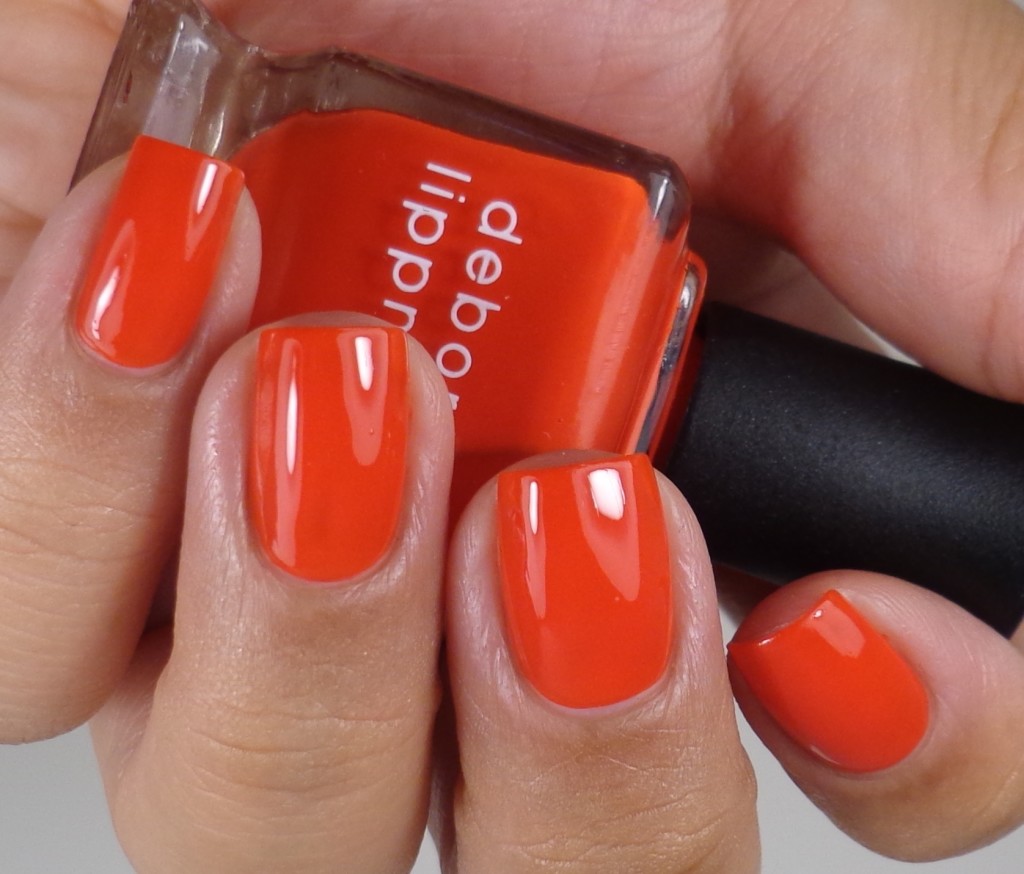 To be honest, I have never really been a fan of Deborah Lippmann polishes. I mean, I think they are nice and all, but I’ve just never felt that they are worth the price. I purchased a bunch of polishes on super clearance so I didn’t feel bad when I bought them. Footloose is a bright tomato red polish that has a crelly consistency. It is rather opaque, but I could still see some VNL which annoys me. I don’t think this is anything special, but it is a nice juicy summer color.

I hope you’re all doing well and that you’re having a nice week. Thank you for stopping by today, and I will talk to you soon!