Colors by Llarowe Fake Tan Man is probably the polish that I have wanted the most from any Polish Pick Up month, and I initially managed to miss it because I forgot to set my alarm. I was super bummed because it sold out so quickly, but I bought a few other pretties to console myself. Late that day, it was announced that the cap would be raised and I managed to snag a bottle, and I was soooo happy! Let me show you how pretty this polish looks over a deep red base. 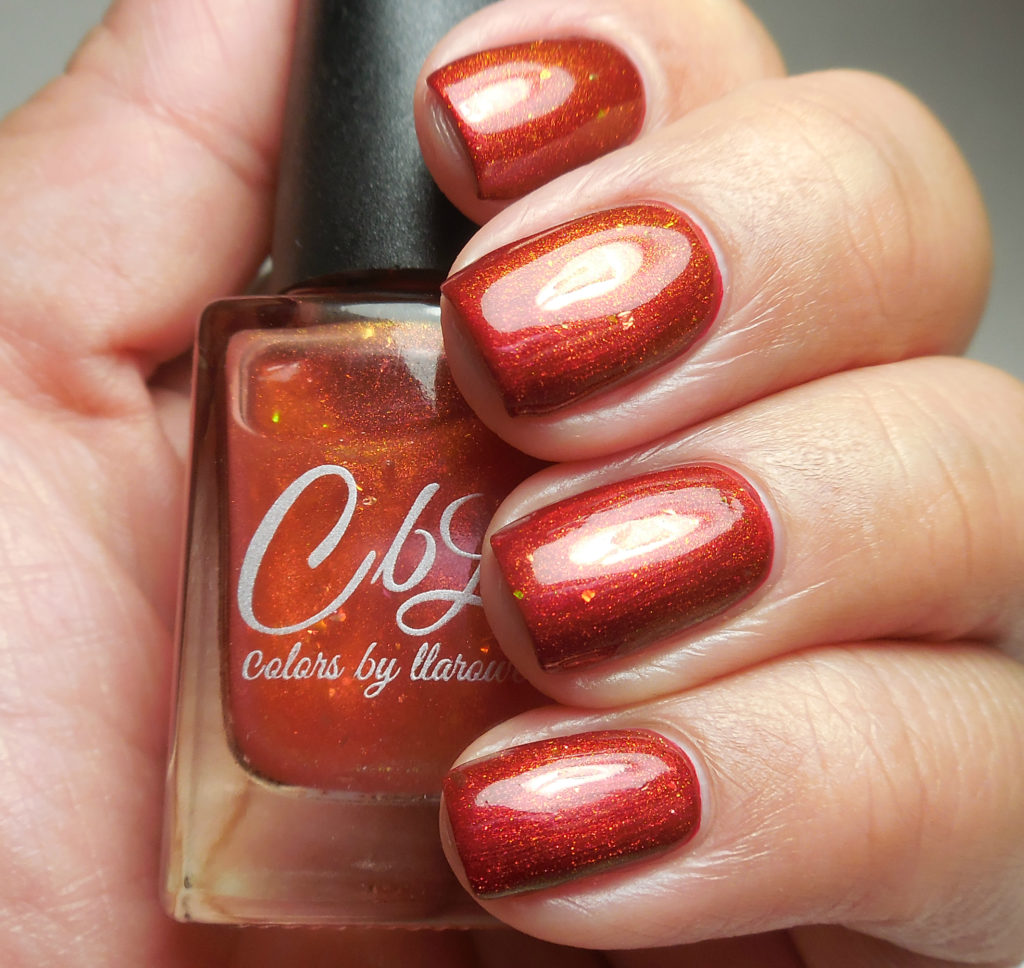 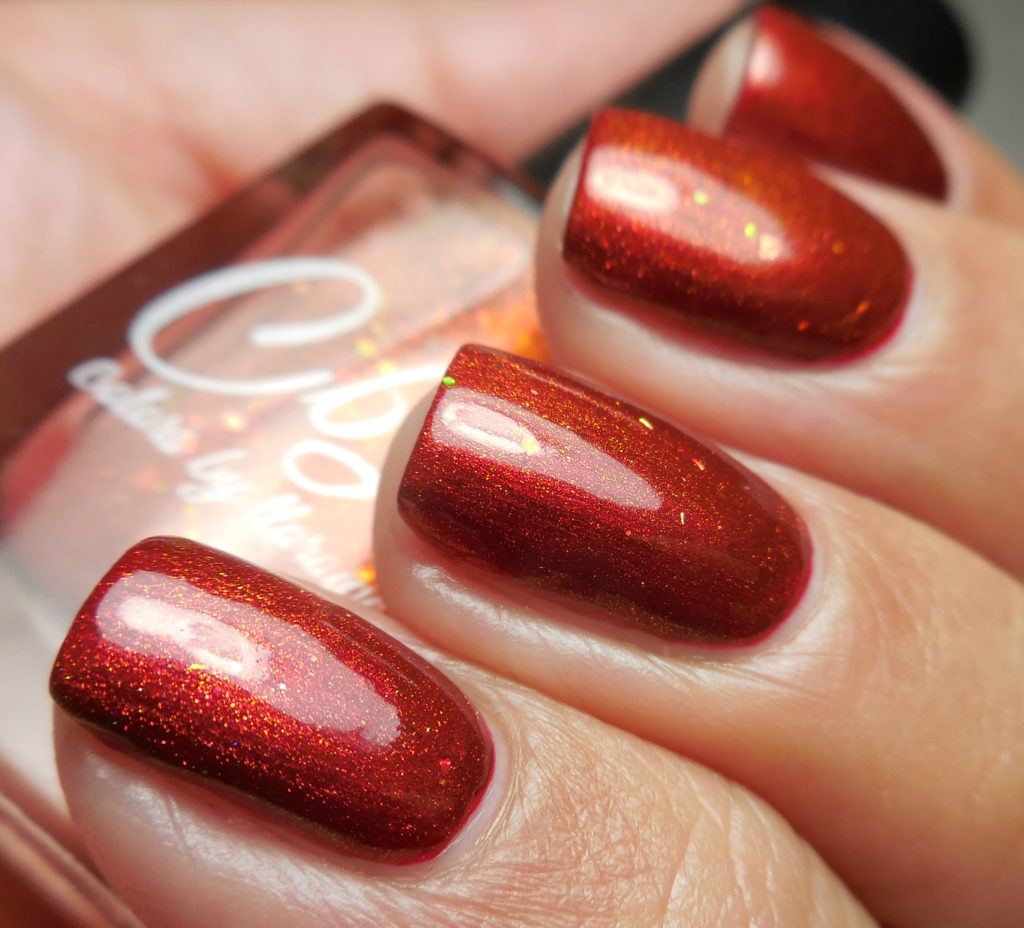 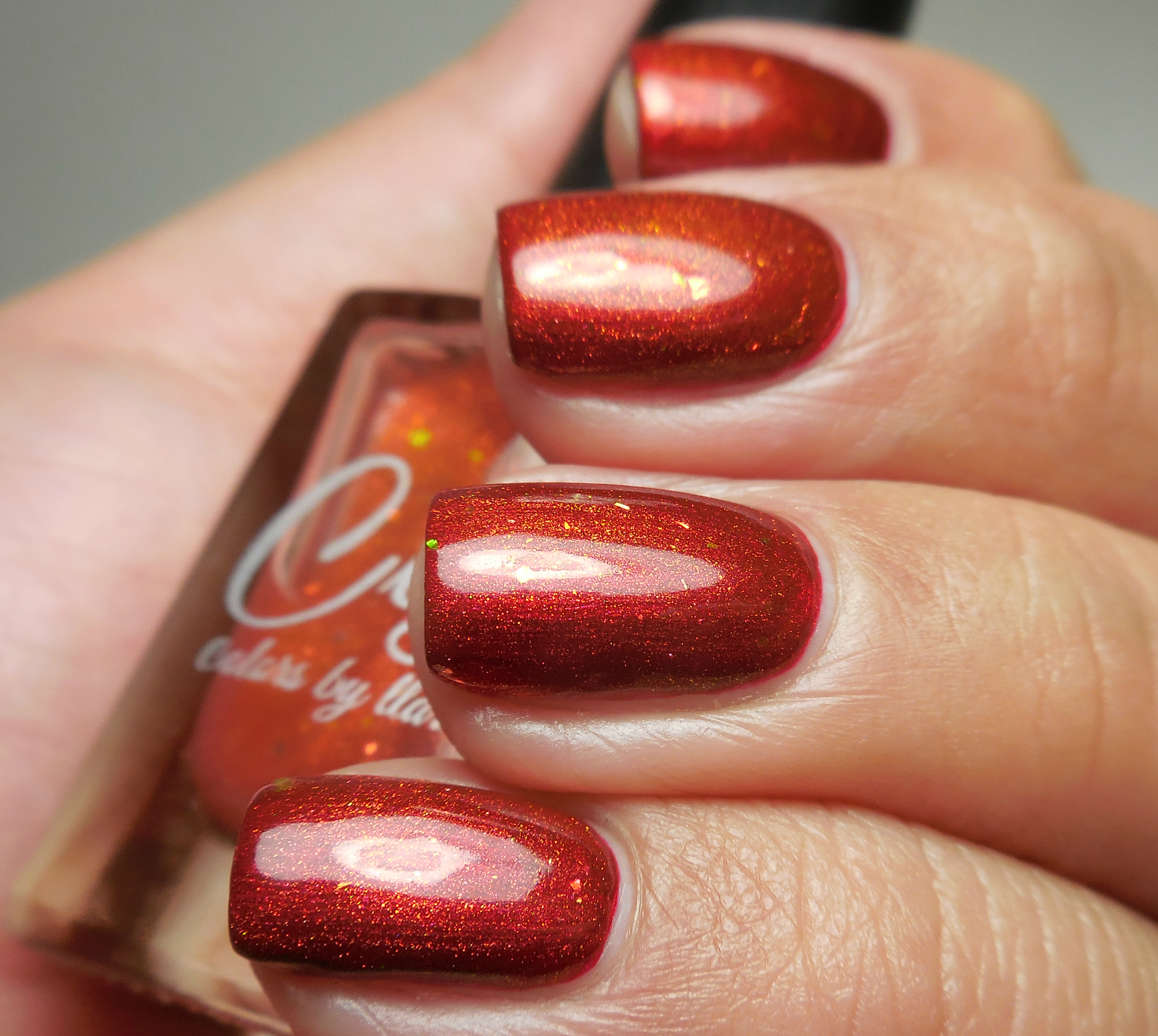 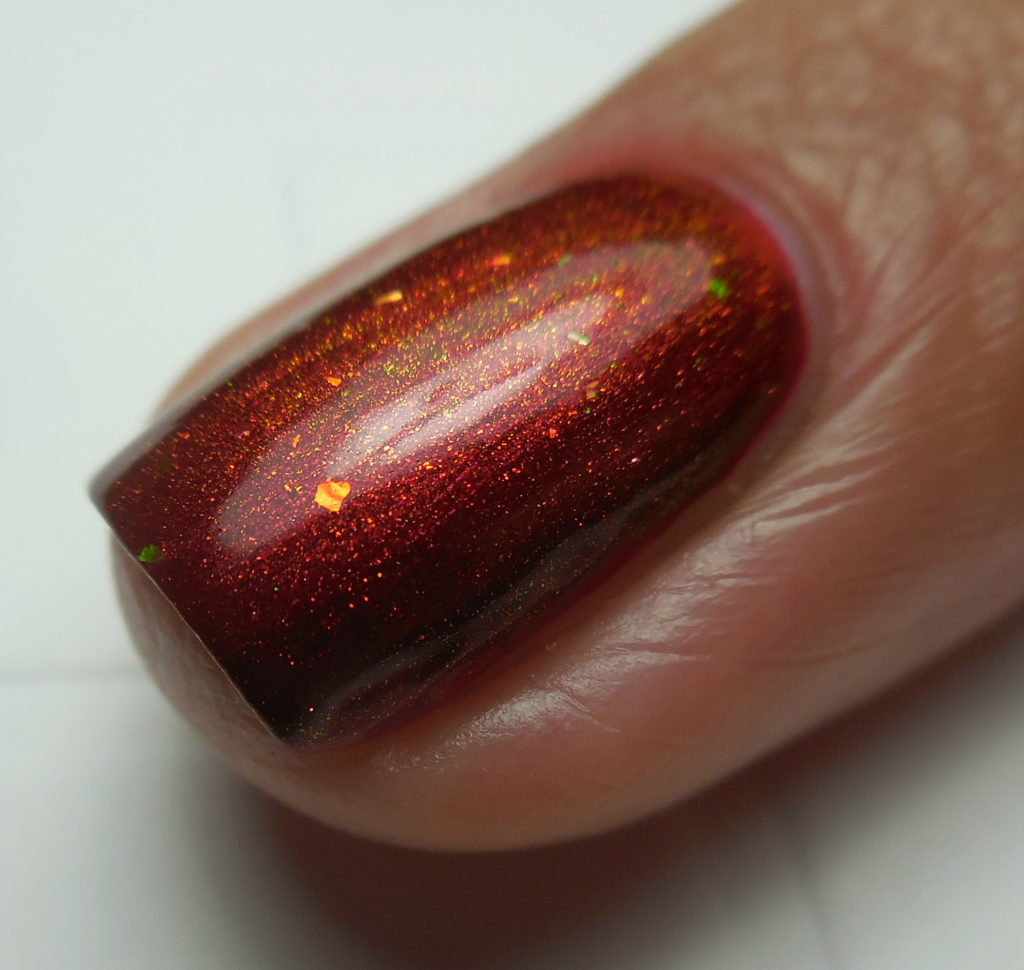 I know that I haven’t use this on a base that will show just how amazing this polish is. Everyone layers a unicorn pee topper like this over a dark purple or black, but I decided to layer it on top of Sally Hansen Oh So Lava-ly. I think it makes the red look more complex, and I love the addition of the flakes. Lately I have become obsessed with collecting Unicorn Pee toppers in all their variants. This one is in an orange-tinged base and also had flakes. I wish that the polish had more flakes, but I’m still glad that I got this. Boy, it was an ordeal getting this polish because I first forgot to set my alarm and almost missed getting it and then the polish was delivered to the wrong place, and I thought it was gone forever. Thankfully I did eventually get it!

So what do you think about this polish? I’m sorry to say that it’s no longer available for sale due to it being a PPU exclusive but you may be able to find it in destashes. You won’t find too many CbL in my blog sale, but you will find plenty of others so check it out if you’re interested. Thanks so much for stopping by today, and I will talk to you soon.