Are you into video games? I’ll be honest…I’m stuck in the past when it comes to video games. I am a child of the 80’s so I grew up playing NES and eventually SNES. Don’t mention Sega to me, because I will get mad. I spent countless hours playing Mario Bros (read this post about the day I beat the game), Legend of Zelda, Metroid, Super Metroid and my favorite game of all time: Chrono Trigger. Has anyone made a Chrono Trigger nail polish collection?? Anyway, enough about me being old. Today I have some pretties to share with you that are also inspired by a video game. The Bee’s Knees Lacquer Assassin’s Creed Origins Trio is a small and cohesive collection with beautiful colors and finishes. Let me show you some swatches below. 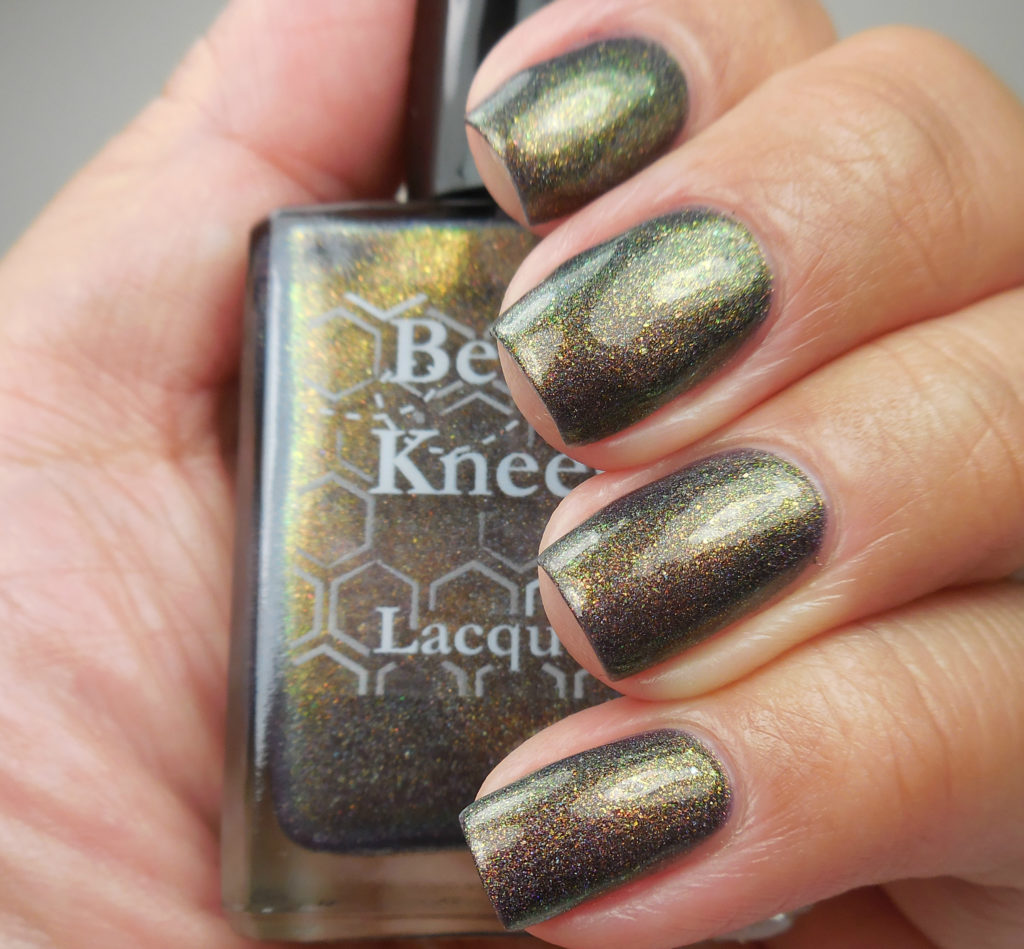 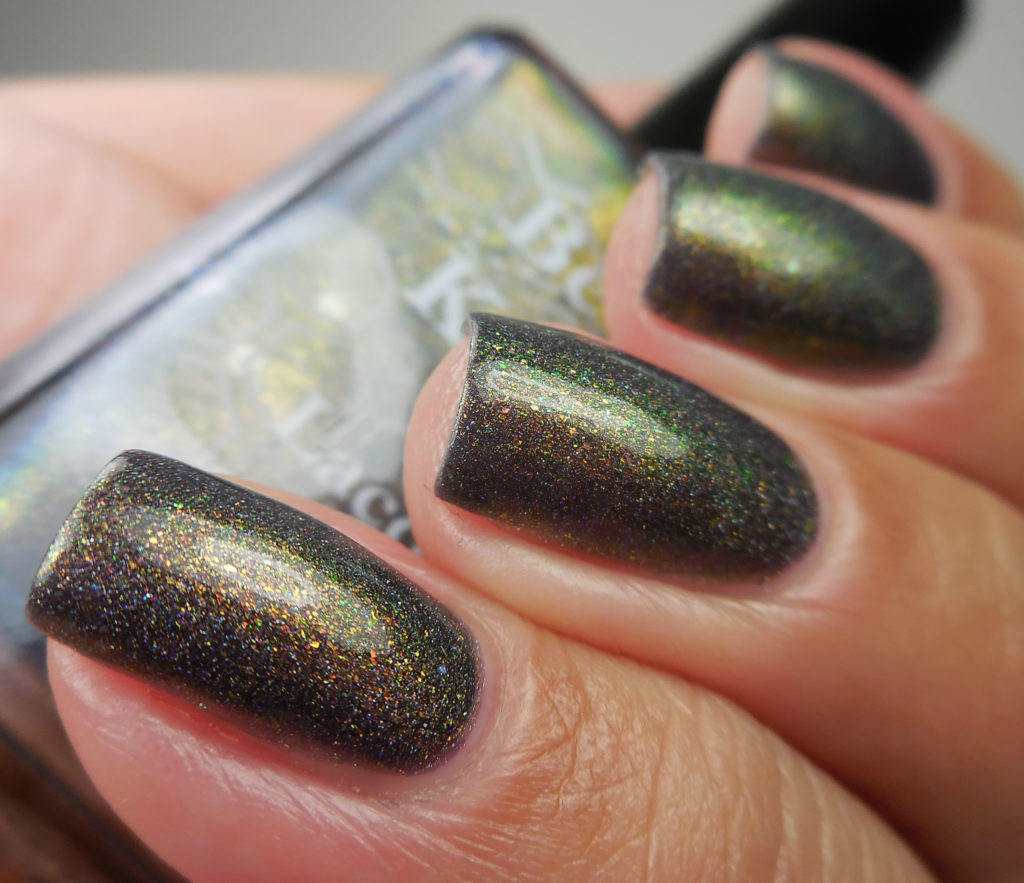 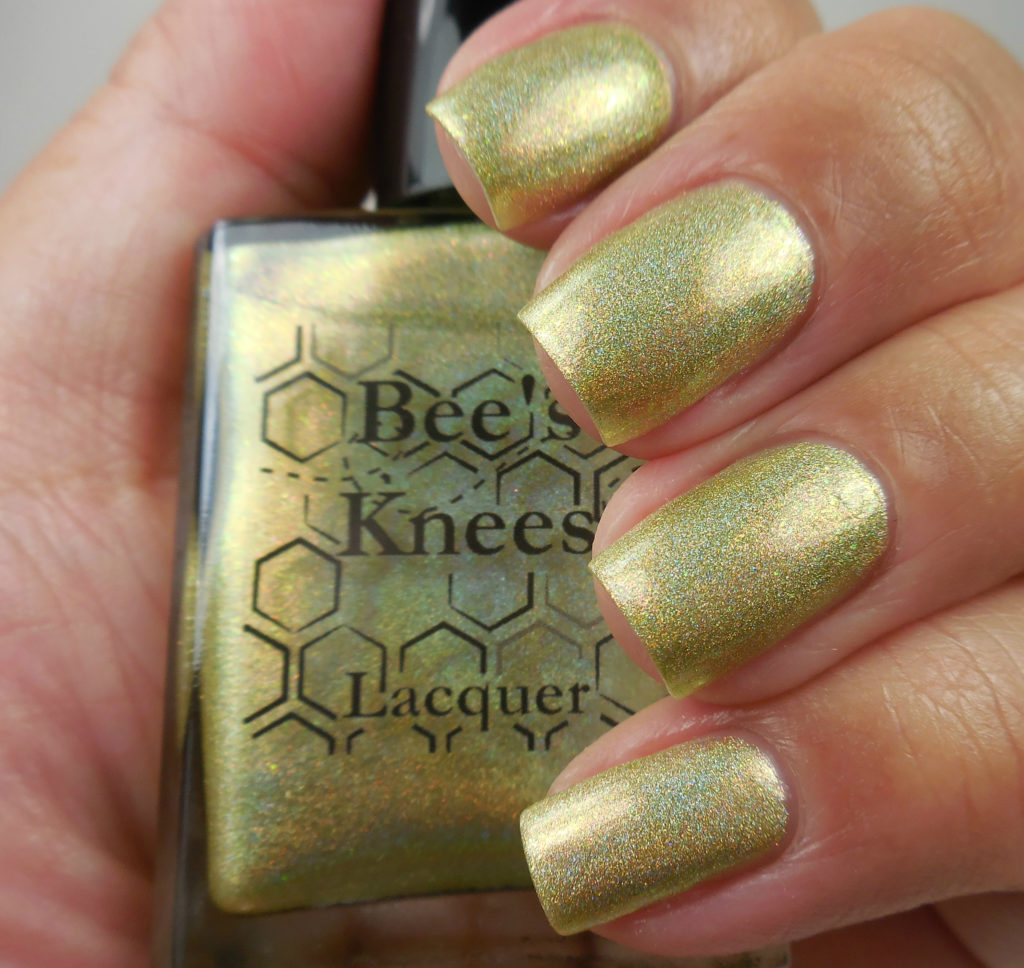 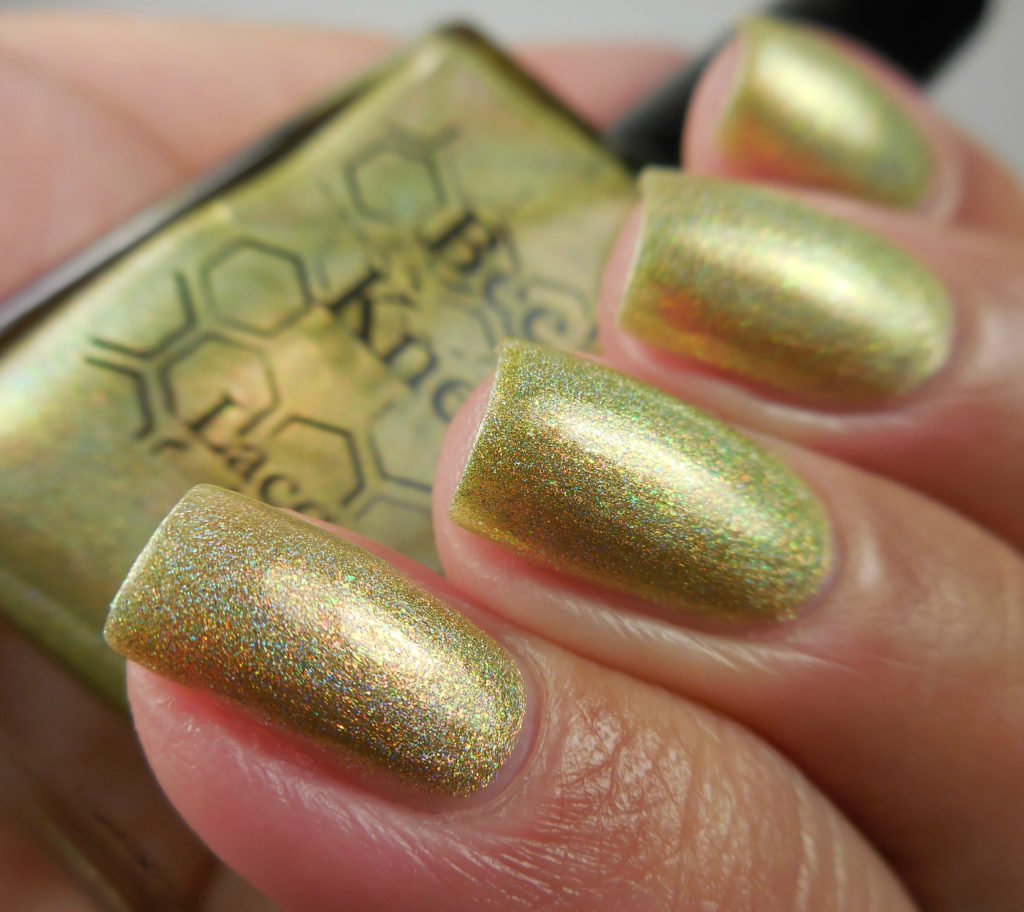 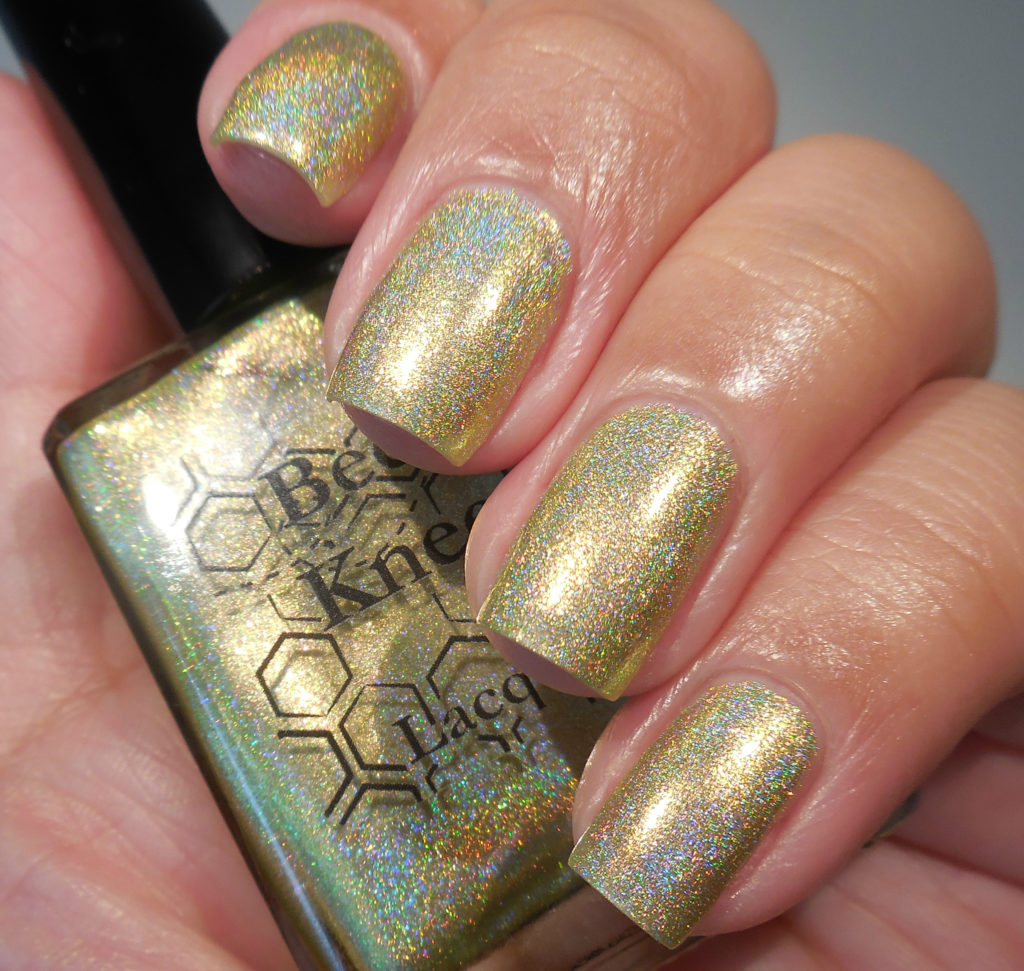 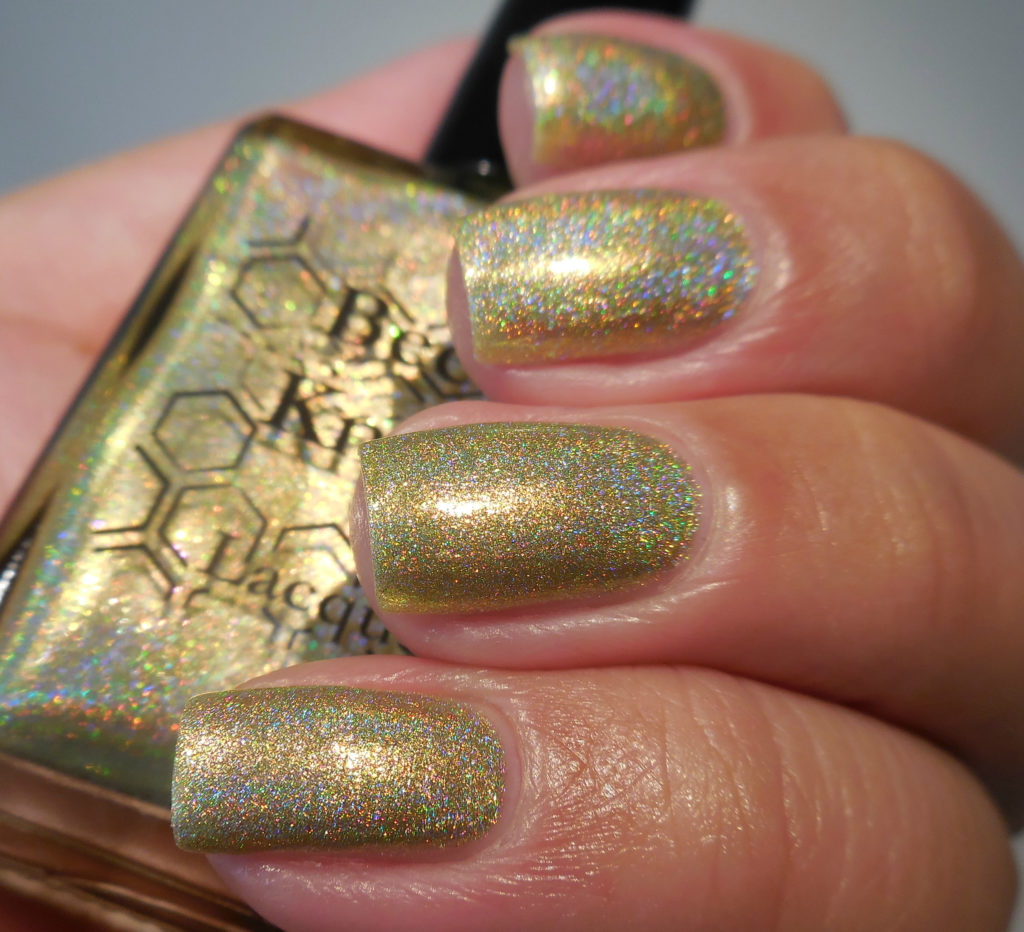 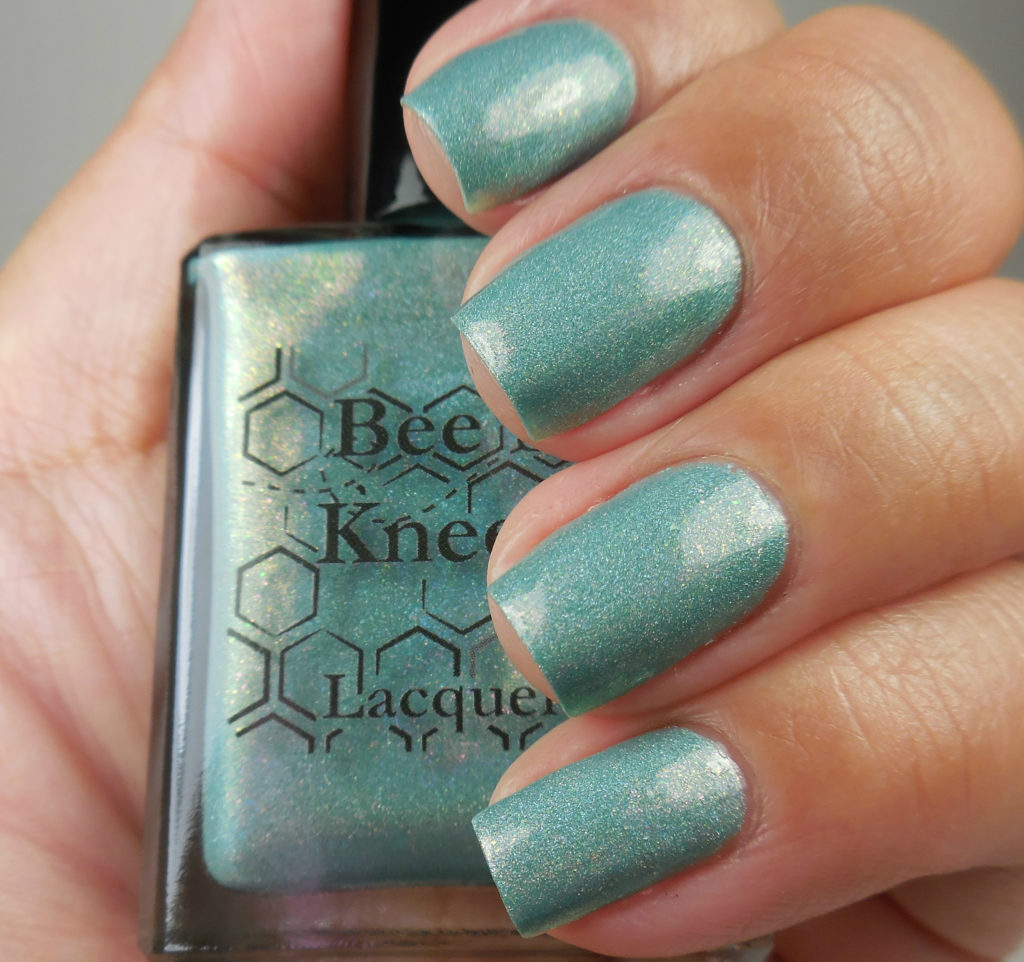 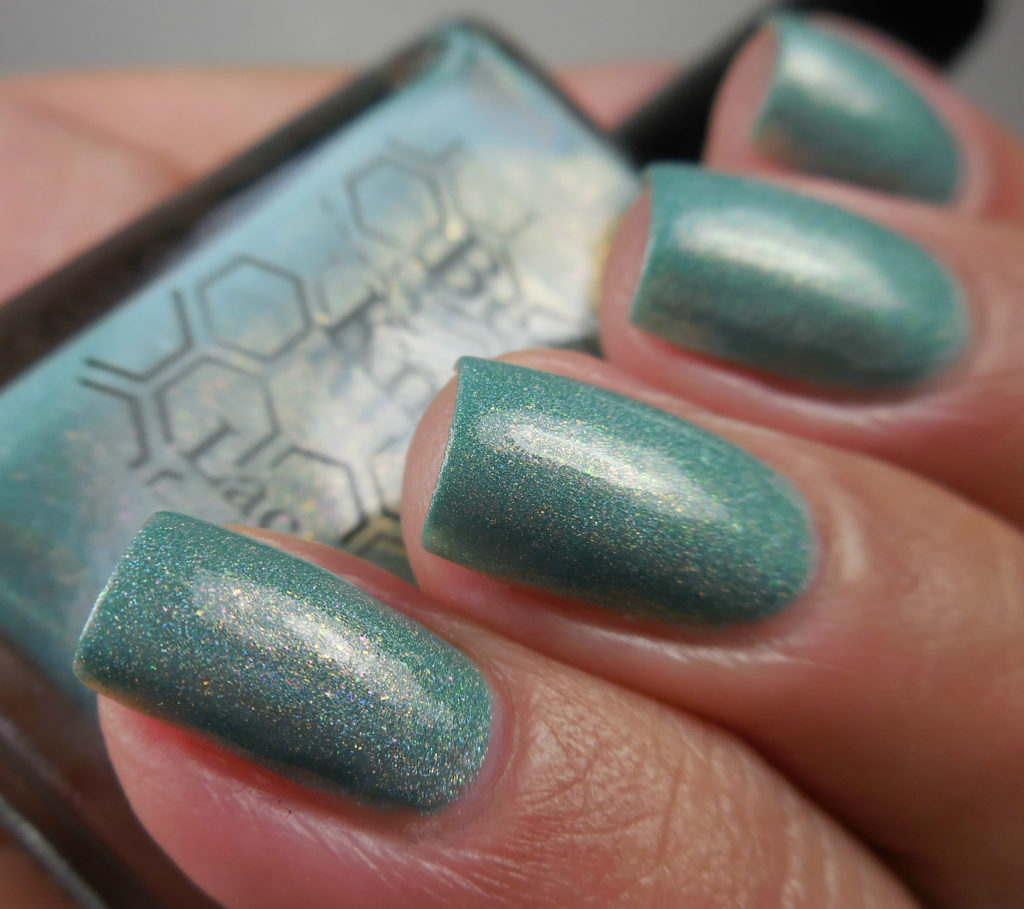 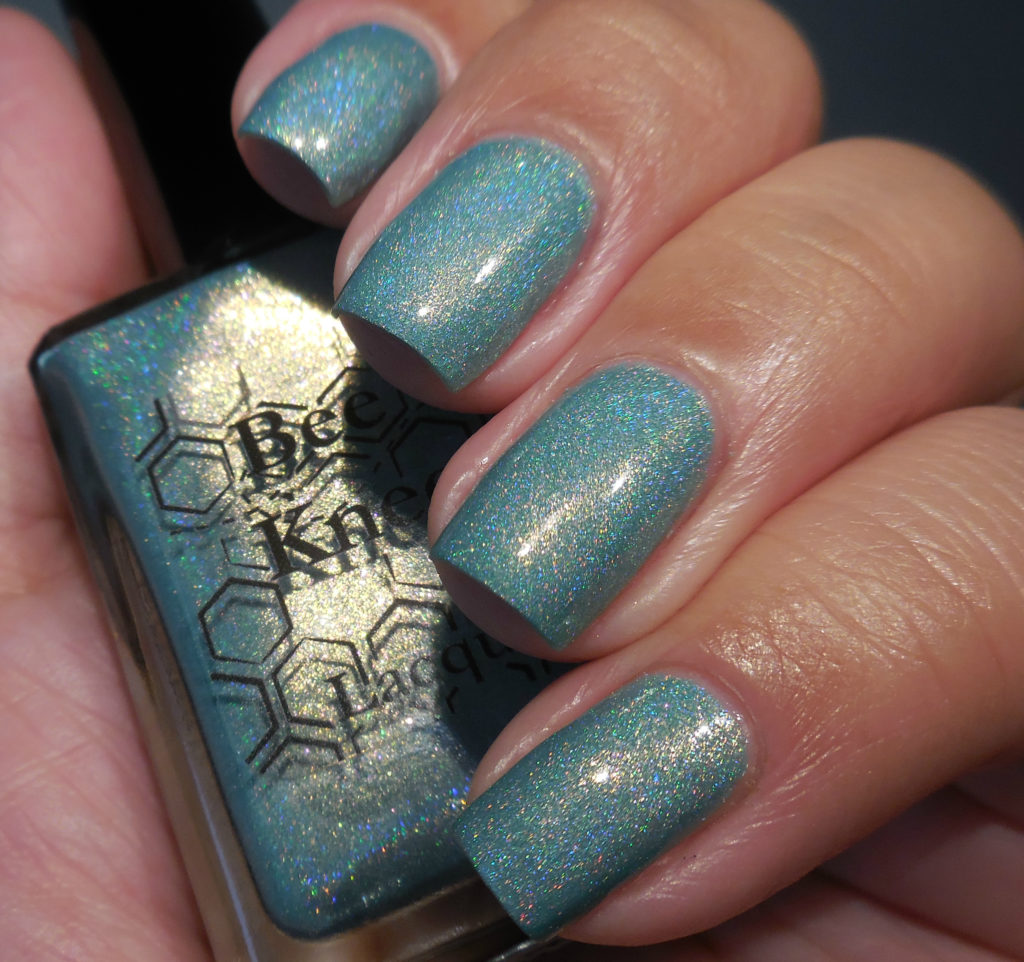 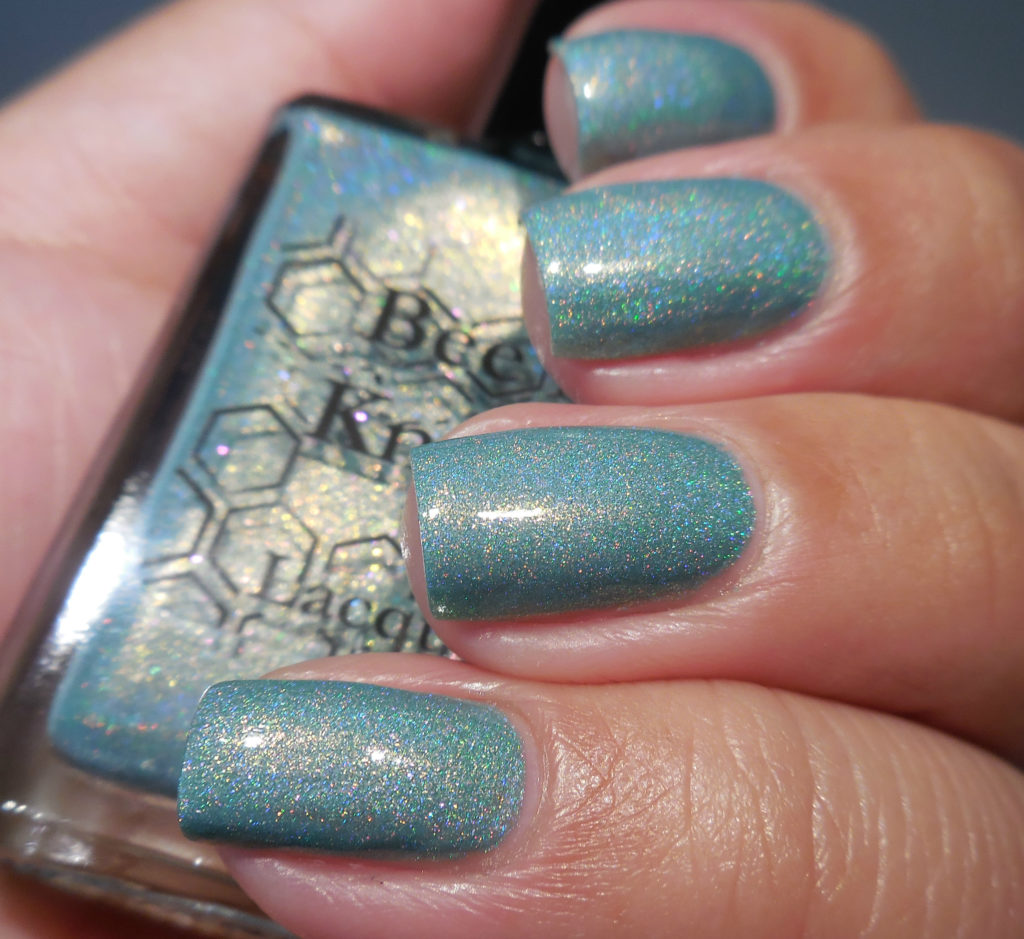 Well aren’t these fantastic? Lord Of Graves is my favorite from this trio–not to say that the other two aren’t awesome. I am a complete sucker for dark olive green based polishes and this one reminds me of a darker and more complex version of one of my favorite polishes: Butter London Wallis. The formula was fantastic and I got fully opaque results with two coats. For the other two polishes, Pointed Of Teeth and Mistress Of Dread, I did took pictures under my usual Ottlite bulbs and then also used LED lighting to show off the holo–they are so rich in holo pigment. Both of the polishes had a very good formula, and I had no problem with application; both were opaque at two coats. These polishes will be available on Color4Nails on 3/10 for $13 each and they ship worldwide. Don’t forget to use code “Insta10” at checkout to save 10% off your order. Let me know what you think of these polishes in the comments below. Thanks so much for stopping by today, and I will talk to you soon!